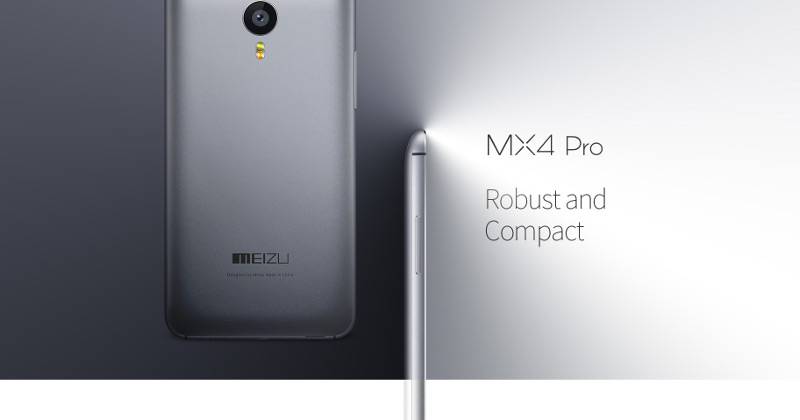 Meizu has tried to do justice to the “Pro” part of the MX4 Pro’s name by including all the high-end features and hitting all the right buzzwords you’d expect in a smartphone that is trying to play in the big leagues. With everything that’s going on inside the device, you might be willing to forgive that, at least from the front and the edges, it looks pretty much like an iPhone 6 Plus, even in size. Some of the features and even the interface might not help dispel that impression either.

With all the features that this smartphone contains, the spec sheet might be the boring part, so lets get to it right away. The display extends just a bit beyond the usual 2K resolution with 2560×1536 pixels, crammed inside a 5.5-inch panel (hence the iPhone 6 Plus association) made by JDI. It is driven by an octa-core Samsung Exynos 5430, the first mobile chip made with a 20nm process, but not to be confused with the 64-bit 5433 running inside the Galaxy Note 4. There’s 3 GB of RAM and storage configurations of 16, 32, and 64 GB. The battery is a rather large 3,550 mAh one, though, given the hardware, that could probably be easily drained in no time at all.

Now for the features. You shouldn’t be surprised by now to find out that the MX4 Pro sports its own fingerprint scanner, here called the mTouch. This feature is pretty much becoming standard fare for high-end smartphones and we should expect to see more of them soon. That said, Meizu isn’t simply going with its own solution completely and has instead employed the security features provided by ARM’ TrustZone architecture. In a nutshell, all critical hardware and software are stored in their own safe zone and, even when rooted or granted access to secure features, apps and users still won’t be able to access the stored fingerprint code inside. As for third-party apps, they first need to get Meizu’s approval before they are granted access to APIs.

Meizu is also flaunting what it calls is “Retina Sound”, a bit of a misnomer considering what “retina” originally means. In this case, it practically means employing high-end audio hardware to a deliver topnotch audio experience. For example, the MX4 Pro utilizes the ES9018 DAC audio processor, considered to be the best of its breed. It also has a new passive filter made of two film capacitors and several resistors to reduce background noise, There’s also the OPA1612 professional amplifiers that deliver 120dB of audio at 80 KHz. But more so than display, the audio promise is something that really needs to be experienced first hand before it can be judged, so it will be quite some time before the MX4 Pro’s audio prowess can really be verified.

A 20.7 megapixel Sony IMX220 rear camera, a 5 megapixel F/2.2 wide angle OmniVision front camera, always-on “voiceprint identification”, a new alloy metal case with a matte finished back cover, a 9.0 mm thick body, and a super narrow 2.8 mm bezel. These pretty much round up everything that the Meizu MX4 Pro has to offer, which is quite a lot considering the stigma of a Chinese-made handset. That said, this is all still on paper as availability and pricing of Meizu’s newest flagship are yet to be confirmed.