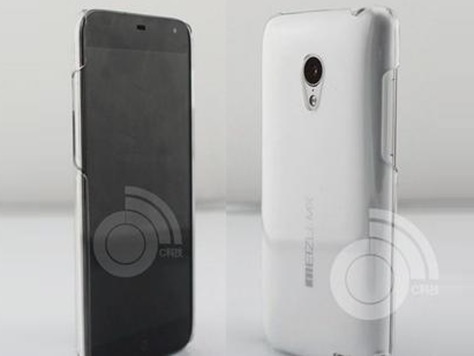 First things first though, the image. This image comes by way of mobile.3g.cn and isn’t quite as crisp and clear as those earlier images. Not to mention, there does appear to be some differences between this handset and what we had been seeing. The handset appears to have a clear case, but other differences include the camera lens and flash. Those earlier images had the handset with the flash above the lens.

As you can see in the above image, that flash has been moved to the just below the lens. Not to mention, this image is nothing more a shade of black and grey. The Meizu logo on the back also looks to have been shifted and flipped. But otherwise, Meizu is expected to announce the MX3 at an event on September 2.

The handset has been rumored with specs to include a 5.1-inch Full HD display and Samsung Exynos 5 Octa processor. Other details point towards 2GB of RAM, a 13 megapixel rear-facing camera and Flyme 3.0, which is a customized version of Android 4.2 Jelly Bean. The remaining specs focused on the storage, which is said to be pushing 128GB.

Anyway, while this doesn’t make it official, an image that has leaked out of China (by way of meizumi) does suggest that will be happening. In fact, said image points towards the handset arriving with options to include 16GB, 32GB, 64GB and 128GB. There also looks to be several different models to include WCDMA and TD as well as one with NFC.