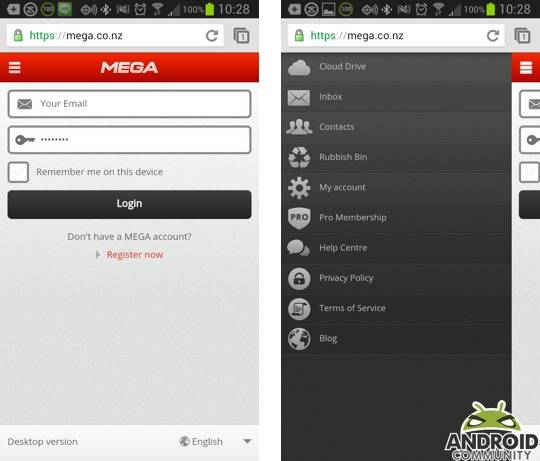 MEGA launched a while back and did so with a rather large cloud offering of 50GB worth of storage space. While things appear to have been going well with MEGA as a whole, the one piece they are still lacking are the mobile apps. Of course, we want to see a MEGA app for Android, however we hope they launch on multiple platforms at the same time. We have yet to learn when a native (and official) MEGA app will be available, however the mobile experience has recently been improved.

MEGA, as of this morning, has announced a new mobile site. The site is noted as being experimental, but does come with another teaser. They have said this is “certainly not a replacement for a full-blown app (which will follow suit).” Again, we know an Android app is coming, we just do not yet know when.

Basically, this mobile site can be found by surfing to mega.co.nz on a smartphone or tablet. A quick walkthrough of the mobile site appears to have things in line and as to what one would expect and/or hope to see. Plus, there is also easy access to switch back to the full desktop site, just in case you feel more comfortable on that side. 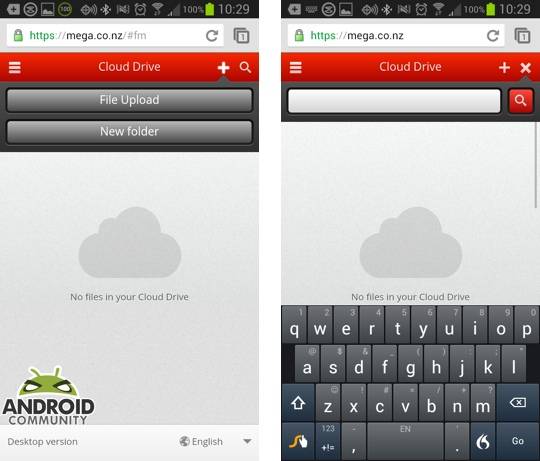 Aside from the launch of the MEGA mobile site, there are some third party Android apps already available. We mentioned one called MEGA Manager in the past, however there are also several more. A few others include MEGA Storage Manager and MEGA Secure Cloud for Android. And yes, these are all available for free, just like the 50GB of storage space that is given with the MEGA accounts.