How exciting, we have another amazingly fast and awesome tablet for you all today. Actually it’s quite the opposite because this is the Maylong M-260 “budget” Android tablet and it has just cleared the FCC. You may not be familiar with Maylong but they are the producers behind more than a few cheap Android tablets in the past.

You may remember the Maylong M-150, it was a $149 budget tablet that landed at places like Walgreens and some Toys-R-Us stores nationwide. Sadly no dual-core CPU’s present but for that price what did you expect. Lets just say the M-150 didn’t review well. The next tablet from Maylong is headed to markets soon and today it cleared the FCC showing its internals. 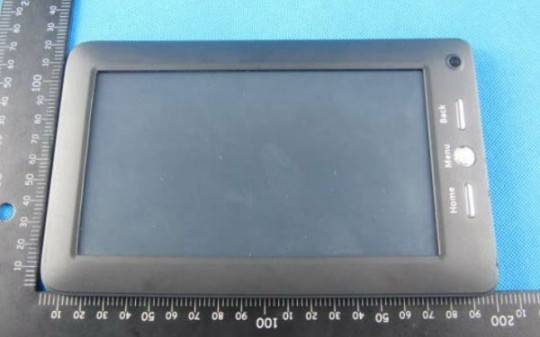 I’m not a fan of the dedicated buttons that is for sure, but who would now we have Android Honeycomb tablets at our disposal. We don’t know much on the M-260 yet but from the images we see it has HUGE buttons, a micro USB port, micro SD, 3.5mm headphone jack and a few other large holes on the bottom possible housing a stylus to go with the cheap resistive touchscreen. I’m also hoping that circle on the face is a camera and not a power button.

From the photo found in the manuals it appears to be running Android 2.3 Gingerbread but that is about all we know. We will update when more specs become available for those looking for a great entry level budget Android tablet.