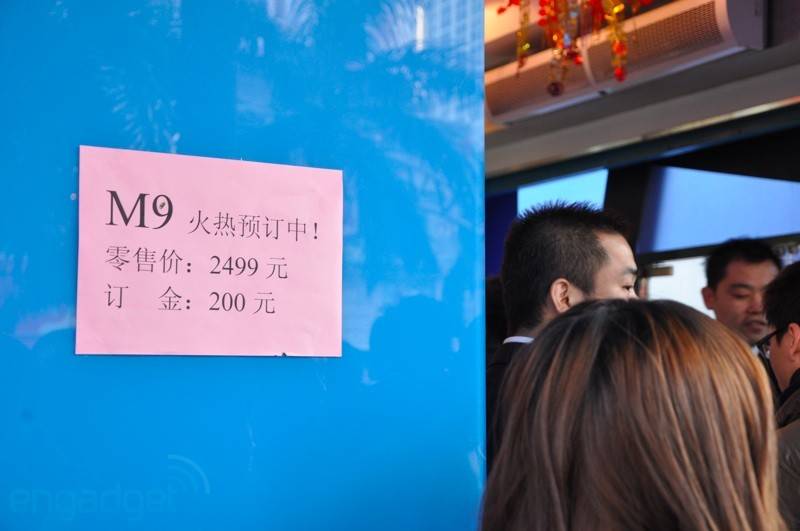 Holy crap! This is a sign. A sign that THIS is the year Android takes over the world. Yesterday, January 1st, Meizu launched their latest handset in China: the M9 Android phone, with a 1GHz processor, display extremely similar to iPhone 4, and working on 2.2 Froyo. Apparently even though this was the first day of the year, and just like basically everywhere else in the world is a public holiday, people lined up starting at 8PM the night before – celebrating the new year in line for an Android phone! These lines formed at two Meizu stores in Shenzhen, China and formed in the cold (it’s cold there too!) despite the CEO of Meizu Jack Wong discouraging them from doing so since, as he said, “all the flagship stores will have sufficient stock” for pre-orderers. Antsy customers!

Meizu refused to give out numbers in stock at the two stores in the area, but apparently they could have easily been in the several thousands. Each person was allowed to pre-order as many phones as they liked, the prices at ¥2,499 / $379 for 8GB, and ¥2,699 / $409 for 16GB. There are stores in 28 other provinces in China, and if this is any indication, Meizu is a very happy company right now.