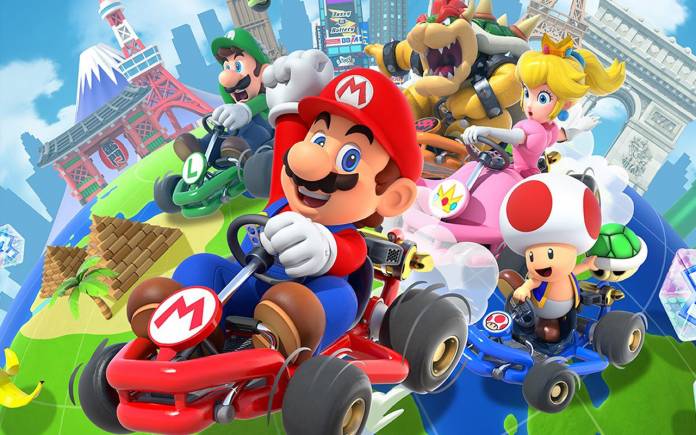 Mario Kart Tour was launched last year in September 2019, and Mario fans seemed disappointed with the lack of landscape mode for the free-to-play game. The racing title available for Android and iOS came with the portrait mode which players who have experienced it on the console, didn’t fancy that much. That has now been fixed with an update coming today bringing the much-awaited feature to the mobile devices.

Now players can switch between the portrait and landscape mode in-game, as tweeted by the game developers. While in landscape mode the steering controls shift to the left, and the usable items are available on the right of the screen. For now, the switch can only be made during the races and not available in the tutorial and Practice mode.

This installment of Mario Kart Tour has very simplified controls with the steering button and tap action on the screen to use items like green shells. In a way, ideal for casual gaming and that’s the reason why it was the most downloaded free game for iPhone by users in 2019. Before this, the creators also brought the missing multiplayer mode for the game in March 2020.

Players who are looking for a mobile device version of the popular Nintendo console game need to check out the title. It comes with the customary control layout in the landscape orientation. This will surely make the free-to-download game for Android and iOS more appealing to the fans.