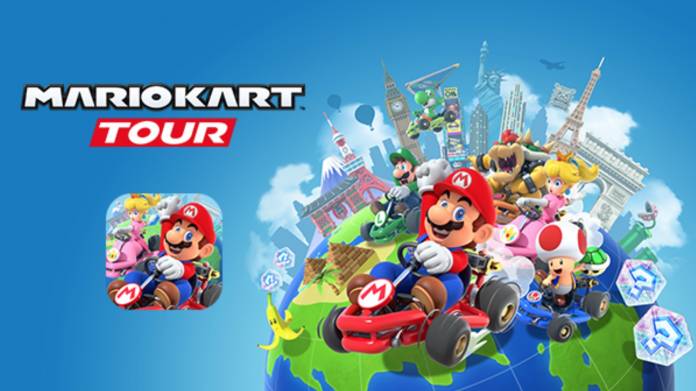 If you’re a big Super Mario fan but don’t have a game console to play games on, then we have good news for you, as long as you have a smartphone. Mario Kart Tour is now available as a mobile game for Android devices. It is a free to play game with in-app purchases, but if you’re disciplined enough to not buy those IAPs, you’ll be able to play the game totally free. There are a few differences between this mobile game and the console game, but they’re small enough that you will still enjoy playing when you’re on the go.

Once you download and install the game, you unlock one rider so you can start playing it immediately. Unlike the original game, your kart will always be moving forward and you have to slide your finger side to side on the screen to steer left or right. You just tap on the screen to use any of the items or weapons that you pick up along the way. As you play, you earn points that will eventually get you to unlock some in-game rewards.

There is a frenzy mode where you will have unlimited item use during a timed period and you also have special challenges where you get to win in other ways aside from placing first in a race. Some of the courses that you get to see in the game are inspired by real-world cities so you get a sort of world tour as you play the game. Even the in-game characters will have different costume variants based on the places where the courses are.

Just like with other competitive games, you get various badges, drivers, karts, gliders as you continue to play the game. There’s also an online ranking featuring all the players worldwide so you can check out how you’re doing compared to the others.

You can download Mario Kart Tour from the Google Play Store for free. You need to have a Nintendo account to play the game but it’s pretty easy to create one so that should be no problem. The challenge now would be to play the game without having to spend real life money on in-app purchases.