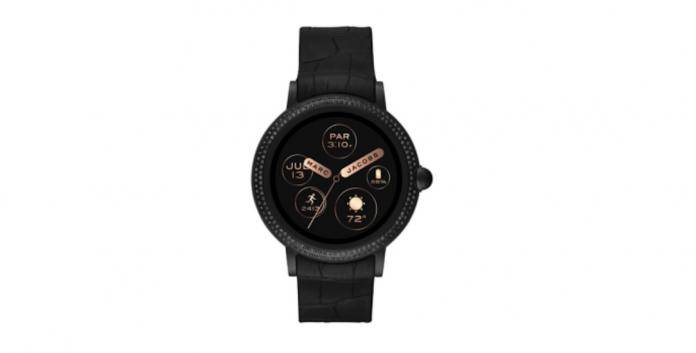 Google has earlier rebranded the Android Wear to simply being called Wear OS. This Wear OS by Google rolled out officially first as a Developer Preview. Soon, we discovered a number of bugs that cause phone lags on watch. The wearable OS has already received some important updates like more Google Assistant features and Actions and enhanced battery saver. It’s a revamped Android Wear and we’re looking forward to more devices that will support such. We know a few possible devices already including that Samsung Gear S4 and possibly the Huawei Watch 2 2018.

Aside from the Samsung Gear S4, Huawei Watch 2, Pixel smartwatch, LG Watch Timepiece, and the Skagen Falster smartwatch, another smartwatch will be ready in the market as another Wear OS swatch. The Marc Jacobs Riley Touchscreen is the first Wear OS-powered watch by the company. We’re not sure if this is just from Marc Jacobs or mainly from the Fossil Group. There is no official announcement but this Riley Touchscreen is affordable at only $295. That can be considered as mid-range only which is already good enough for a new wearable that runs on Android.

The Wear OS may bring several changes and improvements to the whole Android system but it is basically the same as Android Wear. With the rebrand, OEMs and other companies also need to make adjustments and integrate their systems. There’s still the process of testing and beta running to ensure smooth implementation.

The name Marc Jacobs isn’t new to the wearable game because Fossil has previously released a Marc Jacobs smartwatch. This time around, the new hybrid smartwatch runs Wear OS. An analog version of the watch is already available but with no touchscreen. The Riley Touchscreen, obviously, can respond to touch but with limited actions and gestures for obvious reasons. It’s “hybrid” which means you can use it in mays as it is a combination of different technologies.

The Riley Touchscreen Smartwatch comes equipped with a 44mm casing, 1.19-inch AMOLED display, wireless charging, and a Snapdragon Wear 2100 processor. The device boasts an IP67 water-resistance rating so you know you can use it near the beach or pool for your different exercises. It’s from Marc Jacobs, the fashion designer, so you can agree it looks good. The packaging alone excites us. 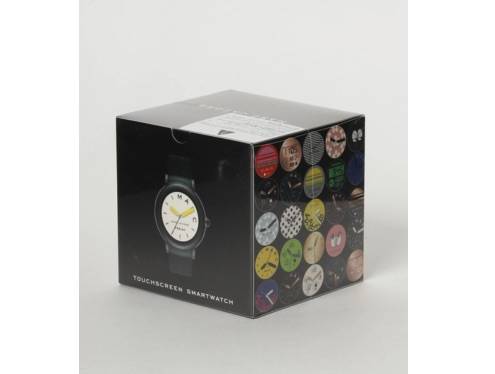