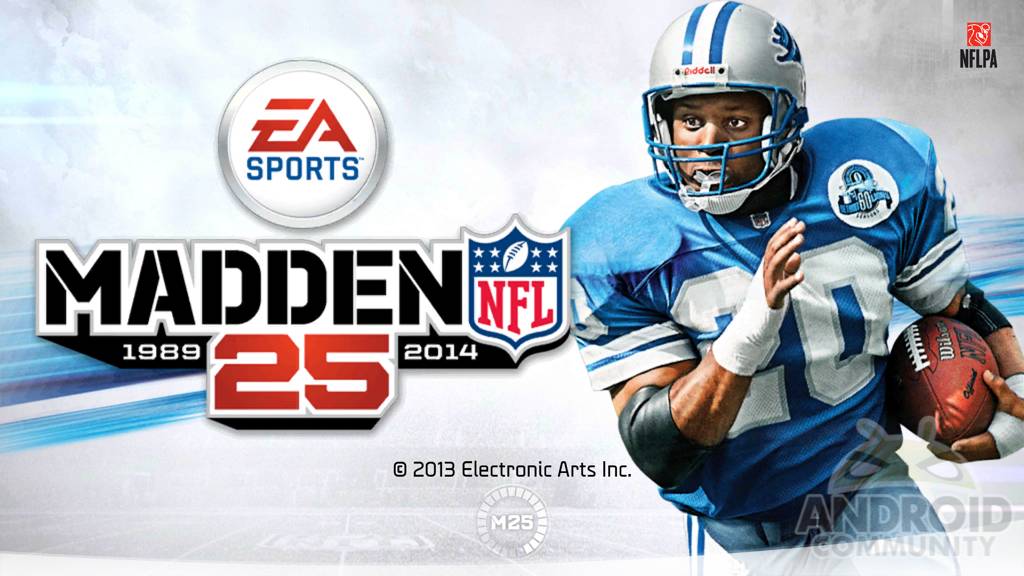 If you’re a die-hard Football or NFL fan we have some excellent news for you this afternoon. The folks from EA Sports have surprised us all and released Madden NFL 25 for Android to the Google Play Store, and it’s completely free. Watch out for the Madden curse and make sure you have enough space for this 1.08GB download, then read on for more details.

When we found out Gameloft’s NFL Pro 2014 oddly dropped Android and became an iOS exclusive, we were worried Android wouldn’t get a great football game this year. However, EA Sports and Electronic Arts just delivered, and it’s completely free. Of course this means there will be some in-app purchases for “Madden cash” to get more plays, but I’m ok with that.

Not only am I fine spending $3.99 for some Madden cash, but my boy Aaron Rodgers will be throwing touchdowns to Randall Cobb and Jordy Nelson all day long, and I won’t need a bigger playbook. He’s that elite of a QB, and you all know it. Any who, back to the game. It’s available as we speak, and the graphics are pretty darn awesome. Be careful with cash though, you can only play two practice games before they want you to “buy” more, so in a way this game isn’t all that free. Frustrating, but what can ya do? 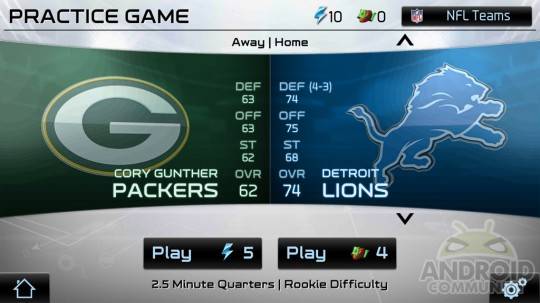 The Play Store has the game listed as compatible with “all of my Android devices” and I’ve owned a lot, so that is an extremely good sign for a developer that has struggled to support even the latest Nexus devices in the past. We do suggest a somewhat newer device for the optimal experience of course. Our Nexus 7 or Snapdragon 600 powered Galaxy S4 is having no problems. Oh, and Adrian Peterson is just way too fast in this game. It’s almost unfair.

All the authentic NFL action is here just like on consoles. You can create and build your own team, and play entire seasons or the casual arcade style if you’re just waiting for the train or bus. I’m way too excited right now, and need to leave and play a few more rounds of Madden 25 on my Nexus 7. Make sure you have enough space, as it’s a 1.08GB download. I’d move it to the SD card after completion if I were you guys. Just a thought.