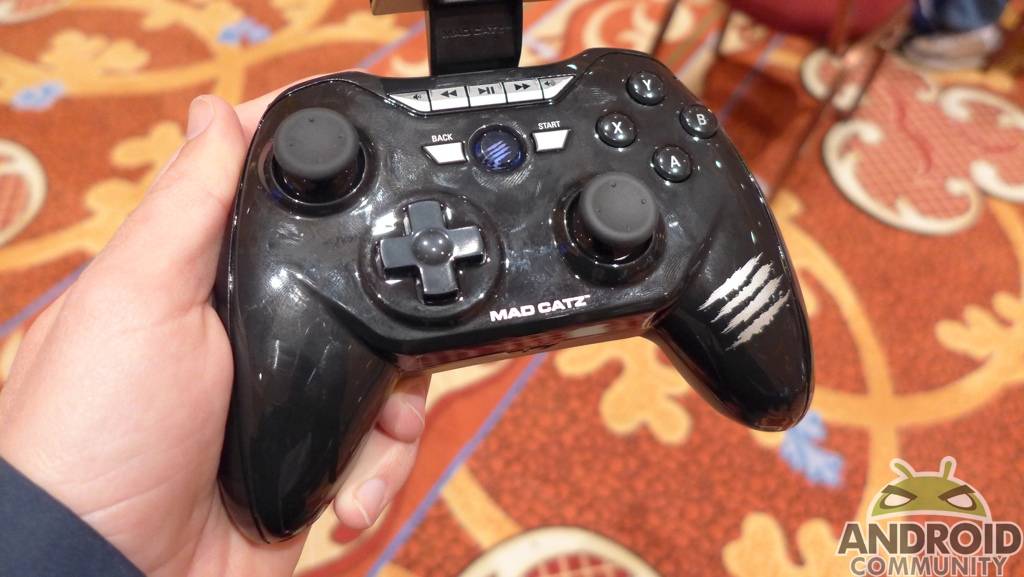 The Mad Catz MOJO is one of the more recent Android game consoles. The teasing for this began back in June and the console arrived for sale in mid-December. Mad Catz was showing the setup here at CES which gave us an opportunity to check it out in person and also spend a few minutes playing some games.

We would still like to spend more time playing with the system, but for now we were pleased with what we saw. As you’ll notice in the images here in the post, both the controller and the actual box are shiny. The level of fingerprints we saw were no real surprise given the amount of hands playing, but suffice to say — this is a fingerprint magnet.

This may or may not bother everyone as much, but more important is the actual setup including the navigation and game play. To that point, Mad Catz has this setup nicely and the both items were smooth. The controller pairs over Bluetooth and in the few minutes we spend playing around we didn’t experience any noticeable lag.

Along with game controls, the controller has other items such as media controls. As for the set-top box, this is running Android 4.2.2 Jelly Bean and powered by an NVIDIA Tegra 4 processor with 2GB of RAM and 16GB of internal storage. There is also a microSD card slot, Ethernet, WiFi, USB and an HDMI port. Users should also have plenty of options when it comes to content as the Play Store and NVIDIA TegraZone are both pre-loaded.