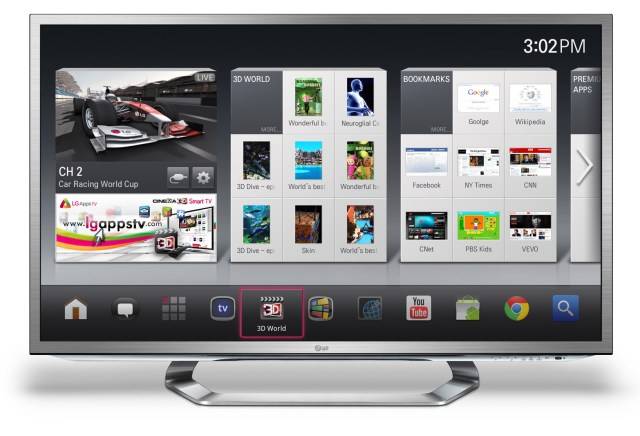 After months of rumors, Google formally announced a new set of partners for Google TV yesterday, with LG right at the top of the list. Now some renders/press shots for the very first model have appeared, and it’s a stunner. The unspecified model will be shown off at CES next week. But what’s more interesting than the TV itself is the interface displayed in the photos. That begs the question: is this a new interface for the new version of Google TV expected early this year, or a customized modification of the base software done internally by LG?

Android observers will understand the danger here. One of the biggest thorns in the side of the Android ecosystem is manufacturer-customized software, which tends to slow down the operating system and make updates take months longer than they should. Thanks to Samsung’s TouchWiz “optimizations”, the Galaxy S and Galaxy Tab will never see another official OS update, and TouchWiz is far from the worst of the offenders. All of LG’s high-end Optimus phones run its custom user interface, which leaves a lot to be desired.

Android has succeeded thus far in spite of manufacturers’ software additions, not because of them. The news yesterday gave us hope for Google TV returning to make a fight of it this year, but if the cost of signing up so many new partners is letting each one have their way with Google TV’s software, it might not be worth it. Of course, I could be overreacting – I’ll be sure to ask LG when they debut the new hardware in Las Vegas.