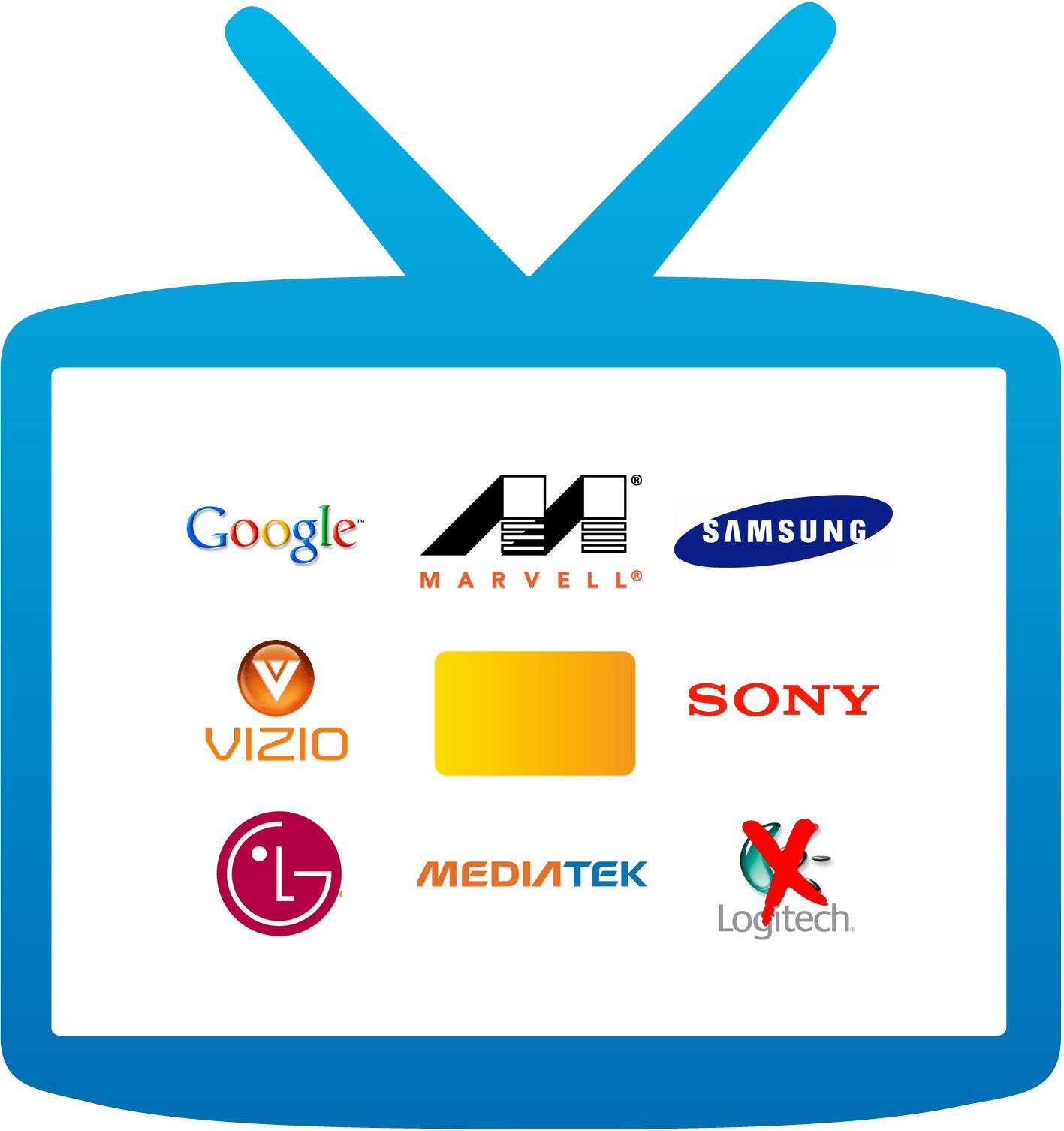 We’ve been saying that Google TV needs a lot more partners if it’s going to make it and boy howdy, Google’s come through. In a post on the official Google TV blog, they’ve announced a series of new hardware partners including some very familiar names, like LG, Samsung and Vizio, all of whom will release Google TV powered devices sometime in 2012. Chipset makers Marvell and MediaTek were also announced, as well as the sole returning Google TV manufacturer, Sony.

Only LG is confirmed to release new TVs powered by Google TV, as previously rumored. Samsung, Sony and Vizio will be releasing “Google TV-powered devices” which could be all-in-one televisions, set-top boxes or a mixture of both. LG and Vizio will show their latest wares at CES 2012 next week, while Samsung and Sony’s plans are more nebulous. We know what Marvell is up to: they’re providing at least some of the hardware for the new Google TV products, switch from Intel x86-based systems to an ARM design more familiar to Android manufacturers and developers.

Google TV has had a hard time over the last year, losing its primary hardware partner in Logitech and catching a lot of grief over a protracted and bungled Android 3.2 update. But if Google has this many companies lining up to take part, the odds are excellent that they’ve got something up their sleeve. Perhaps Eric Schmidt wasn’t just whistlin’ Dixie when he claimed that the majority of TVs will be running Google TV by this summer. We await presentations at CES with great expectations.