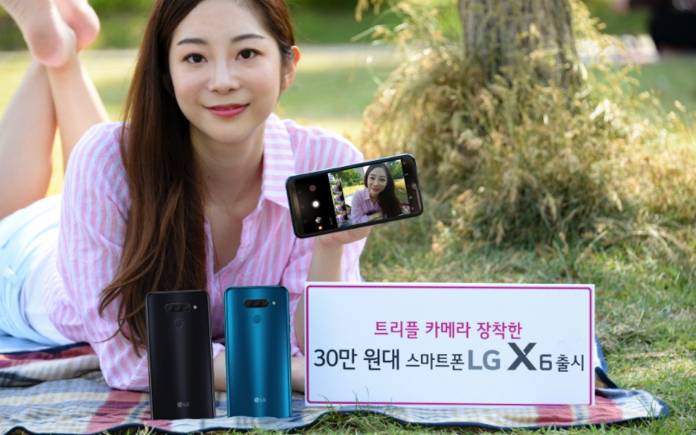 Aside from the LG Stylo 5, the other South Korean tech giant also has another new device under its sleeve. The new LG X phone has just been announced. It’s ready to make an impression with the triple rear cameras and a sub $300 price tag. The phone is out in its native country but we believe it will also be available in other key markets. The device boasts being a multimedia device with its imaging features and large storage space.

The LG X6 is ready for rough and rugged use. It passed the MIL-STD 810G military standard tests so you know it can withstand shock, drops, vibration, and humidity. It can probably rival the newly announced Samsung Galaxy XCover 4s since they are both considered as rugged Android phones.

LG made sure this model can be used with LG Pay so you don’t have to bring your wallet, cash, or credit card with you. NFC and magnetic payments are allowed for a more convenient shopping experience whether offline or online.

The Google Assistant allows you to search for stuff, send messages, set alarm, or control other smart devices directly from your phone. Just say “Okay Google” and the phone will follow your commands.

The phone runs on Android 9 Pie OS out of the box but we don’t doubt it’s eligible for Android Q in the near future. Let’s wait and see.