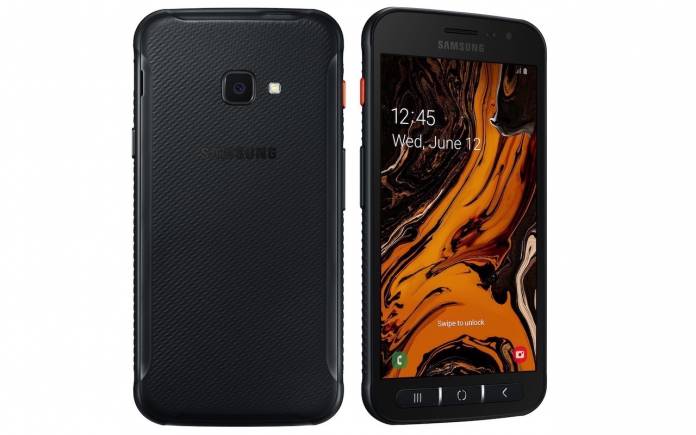 The new Samsung Galaxy XCover is finally out. The XCover 4 follow-up is not the Galaxy XCover 5 as we noted earlier. A couple of months ago, an XCover model was also spotted on Samsung New Zealand. The South Korean tech giant has finally launched the new phone which will be out in Italy starting next month. This rugged phone is not exactly a major upgrade from the XCover 4s but it’s something we can consider buying because of the price and its durability.

The Samsung XCover 4s boasts a more powerful processor and imaging system that promise impressive performance and high-quality photos. It’s no flagship phone but if you’re looking for a smartphone that can stand the test of time–meaning can survive everyday, rough use in harsh environments, or if simply you’re the clumsy type, get an XCover 4s.

This Galaxy XCover 4s comes with the XCover button which you can customize for your preferred apps. It’s not the Bixby button but you can modify it to launch any app or action you want like the camera or maybe turn on the LED flashlight.

Samsung will release the Galaxy XCover 4s in Italy this July with a €299.99 price tag. That is about $340 when converted. As with most advanced Samsung Android phones, this one offers the same Samsung ecosystem and Samsung Pay.

Samsung has several XCover phones from the original model to the XCover 2, Galaxy XCover 3, and the XCover 4 from the year 2017. Samsung skipped a year but we think this XCover 4s is worth it.