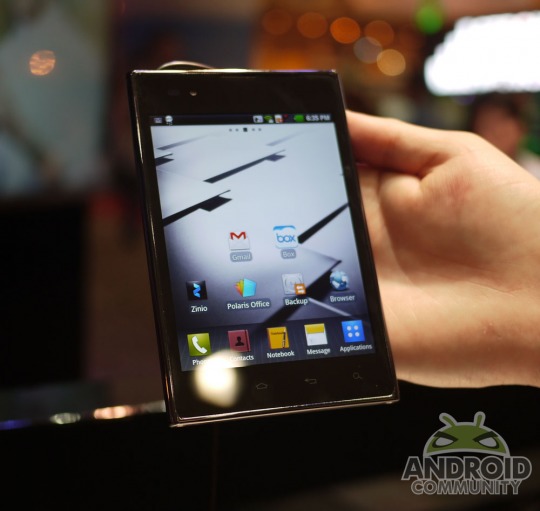 Some companies would do almost anything to stand out from the crowd, sometimes leading to some strange designs and decisions. That is probably the only way to explain the rumored LG Vu III, which, in a world of growing smartphone sizes, does stand out like a sore thumb.

It’s been just a week since LG launched its G2, which was met with positive feedback, such as ours, which you can read here. It seems that the company is planning to make another huge announcement, though it remains to be seen if this will be received well, too. Last month, we heard rumors of LG preparing the third iteration of the Optimus Vu. Yes, you read that right: third iteration. While the 5-inch size was nothing new when it launched in August last year, the Optimus Vu differentiated itself from other phablets with it’s 4:3 aspect ratio, making it much wider than its competitors.

This latest leak does confirm that the Vu III will still have the same strange aspect ratio, but boosted to a 5.2-inch screen with a resolution of 1280×960. Other leaked specs included the usual Qualcomm Snapdragon 800 processor as well as support for LTE-Advanced networks. We’ll see if reception of this device will be mildly positive enough to convince LG that a fourth version is warranted.

LG is rumored to unveil the Vu III on September 4 at the IFA trade show in Germany, coinciding with Samsung‘s unveiling of the Galaxy Note III, which is considered to be the Vu’s rival. The Vu III is expected to be available in Korean markets at the end of September, with no word on international availability.