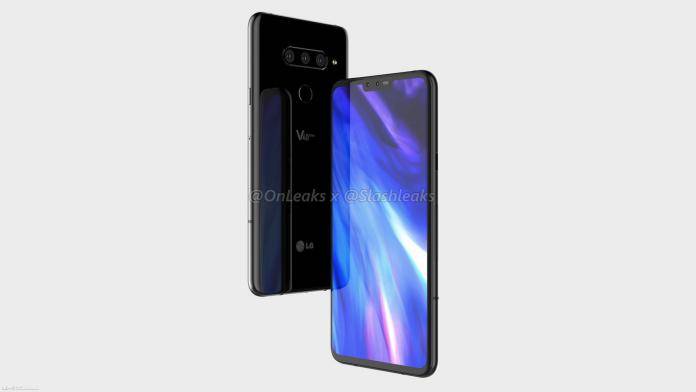 The LG V40 is arriving soon. It’s only a matter of time before the other South Korean tech giant releases the new V ThinQ phone that we’ve been trying to catch since June. We believe the LG V35 follow-up will be insane for many reasons. It’s already in the works and is expected to roll out in October. Some images were leaked and we learned OEM is cutting down on target. Everything is simply a speculation so we’re looking forward to the official announcement.

Those rendered images and 360-degree video made public a couple of weeks ago give us an idea of the possible LG V40 design. Well, the look won’t change big time but we’re curious how this will be better compared to the LG G7.

As you know, the LG G series is to the Galaxy S as the LG V is to the Galaxy Note. The LG V40 will be LG’s fall premium flagship phone offering that we believe will compete with the upcoming iPhone, the newly announced Samsung Galaxy Note 9, and the yet-to-be-revealed OnePlus 6T.

The LG V40 ThinQ is said to have reached the FCC recently. This only means one thing–it’s almost ready to be unveiled in the United States. The device with model number LM-V405UA may be ready for most mobile carriers in the country (T-Mobile and Verizon included) as per the information available.