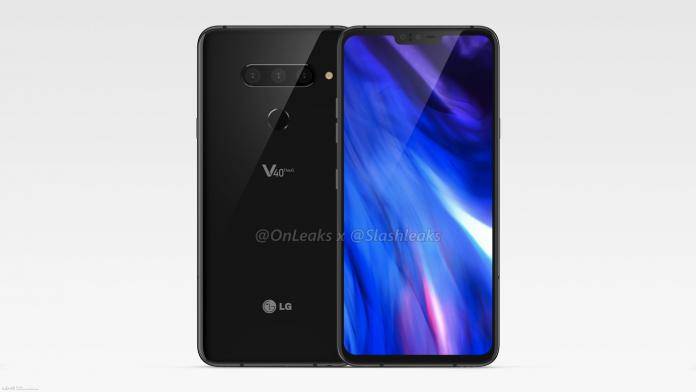 Before the LG G7 is announced, we’re expecting an LG V phone from the other South Korean tech giant. The LG V40 is already in the works and we’ve been saying the next-gen LG flagship is going to be insane for several reasons. It may roll out in October and we’ve actually seen some images leaked. The OEM is also said to be cutting down on target so we’re very much curious about the release of this phone which is more of a premium flagship.

We can also see a wide notch that houses the camera with flash and earpiece. There appear to be two selfie cameras but the other one could just be dedicated to face unlock or iris recognition. Nomanych details were given by Slashleaks but we know the phone may be officially called at the LG V40 ThinQ.

One million units of LG V40 ThinQ are believed to be made with 500,000 being ordered initially. This is interesting because the 1M figure is lower than the 1.5M LG V30 phones sold.

The company is thriving, selling lower than the target number but we believe the brand still has a market being a premium smartphone that could rival the latest Samsung Galaxy S9 or Note 9.