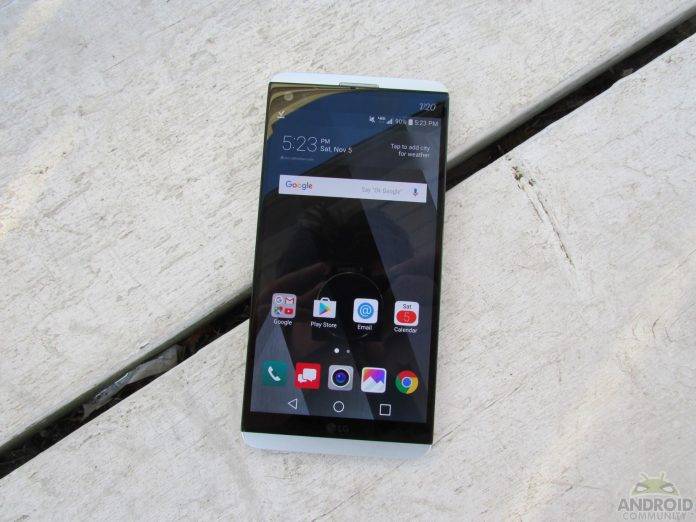 For the longest time, LG has found itself playing second fiddle to Samsung. Whether it’s the G-series phones being overlooked in favor of Samsung’s Galaxy S series or the relatively recent V-series trailing the yearly Note, LG has, in my opinion, had to deal with living in Samsung’s shadow. Now, however, the V20 has a chance to run away with attention that would have normally gone to the Note 7. Is the V20 good enough to capitalize on this unforeseen opportunity? Depending on what you’re looking for, the answer might just be yes.

I should probably just come right out and say it: I’ve never been a huge fan of the way LG’s phones are designed. I’ve always found the G-series to be relatively lackluster in terms of both look and feel, and while I did like the V10 better, I felt that LG still missed the mark despite getting closer to it.

Obviously, design preference is entirely subjective and down to the individual. If you find yourself in a similar boat, though, you should know that I think the V20 is the best phone LG has ever released, at least from a design perspective. 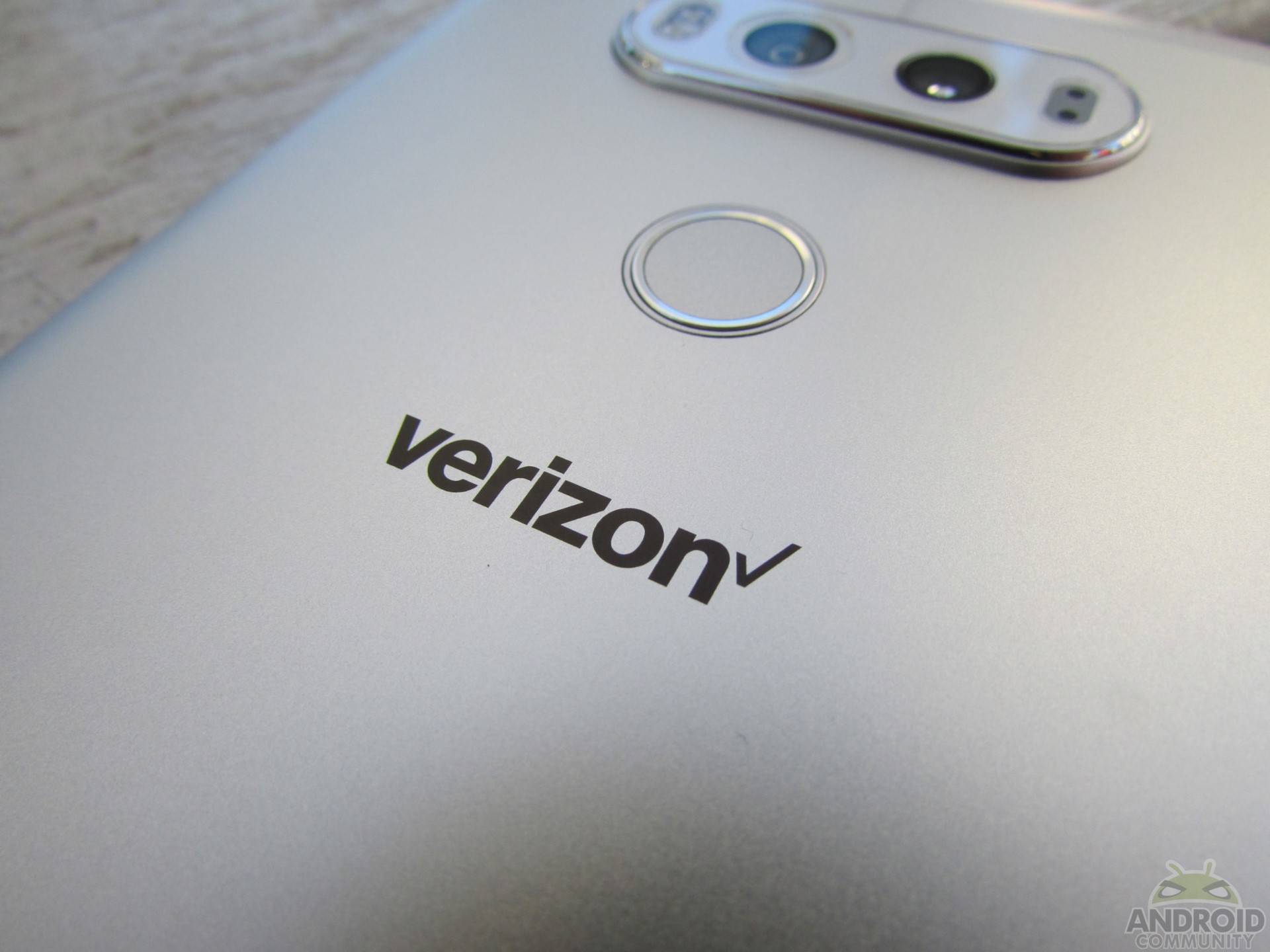 For a person like me, who’s familiar with having buttons for volume and power on the side, it took a little adjusting to get used to rear-facing home button on the V20. However, if you’ve used an LG smartphone in the past three or four years, you’ve been through this song and dance before and will feel at home with the V20.

For me, the V20 feels pretty good in the hand, though it is just on the border of what I would feel is an acceptable size. Make no mistake, the phone’s 5.7-inch display makes this a big device, and it’s going to be difficult to use with one hand. 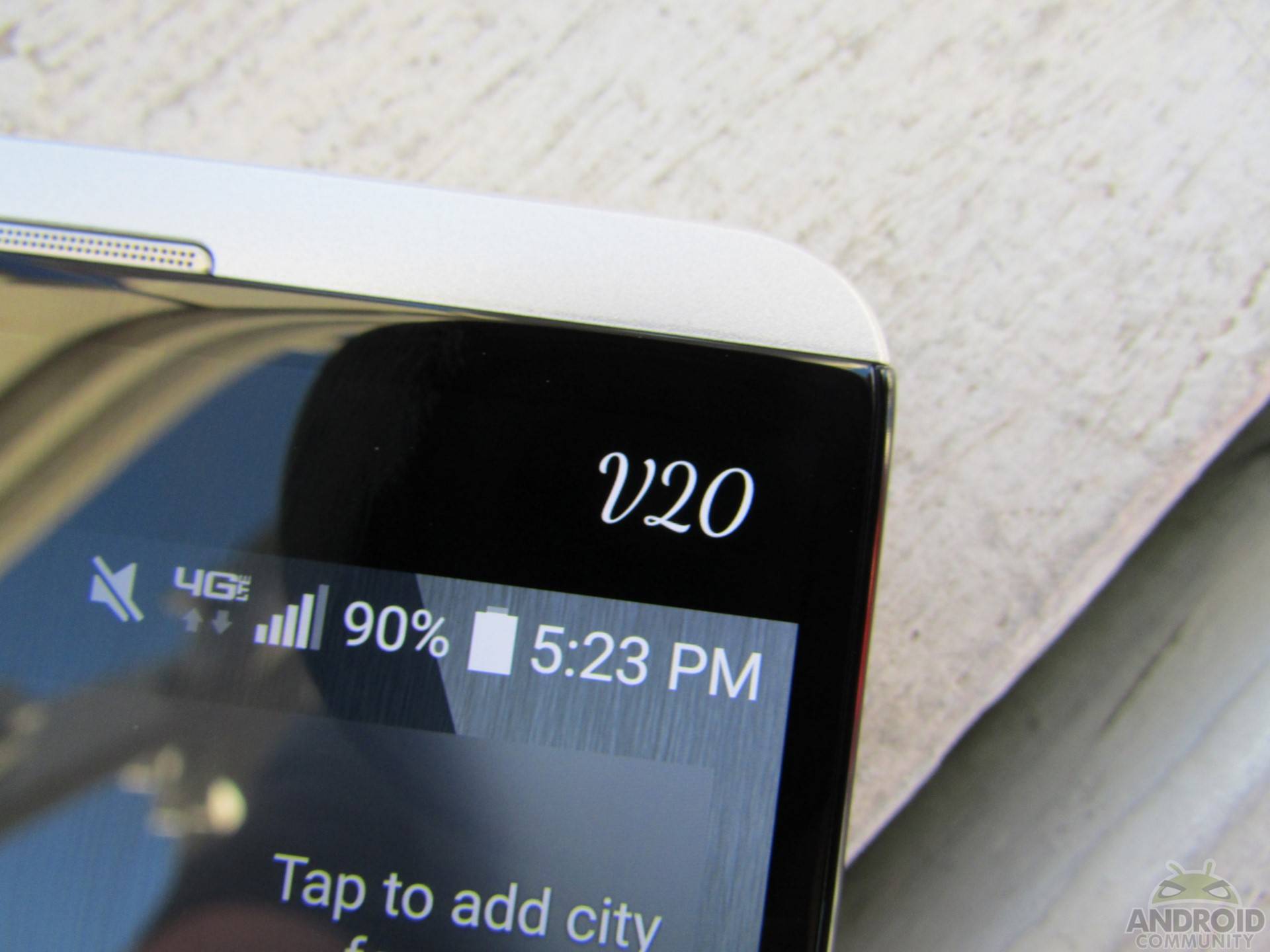 While I personally like the size, it should be noted that I’m also 6’4 with hands the size of baseball mitts. In other words, you may not necessarily want to take my preference as a recommendation. It definitely wouldn’t be a bad idea to stop by a store and hold the V20 for yourself before you make the commitment to buy.

I think the phone looks and feels sleek, and there we run into something of a problem. The V20 does feel somewhat slippery – not nearly as bad as some phones I’ve held, but definitely enough to make me nervous about using it without a case. Even with LG’s own claims to the V20’s durability, I still feel like using this without an extra layer of protection is asking for tears at some point.

With the main display on the device, you’re working with a 5.7-inch IPS Quantum display at 2560 x 1440 resolution. That translates to 513 PPI, and while I’ve historically held the position that anything over 1080p is wasted on a smartphone display, it’s hard to argue with the degree of sharpness the V20’s panel offers. 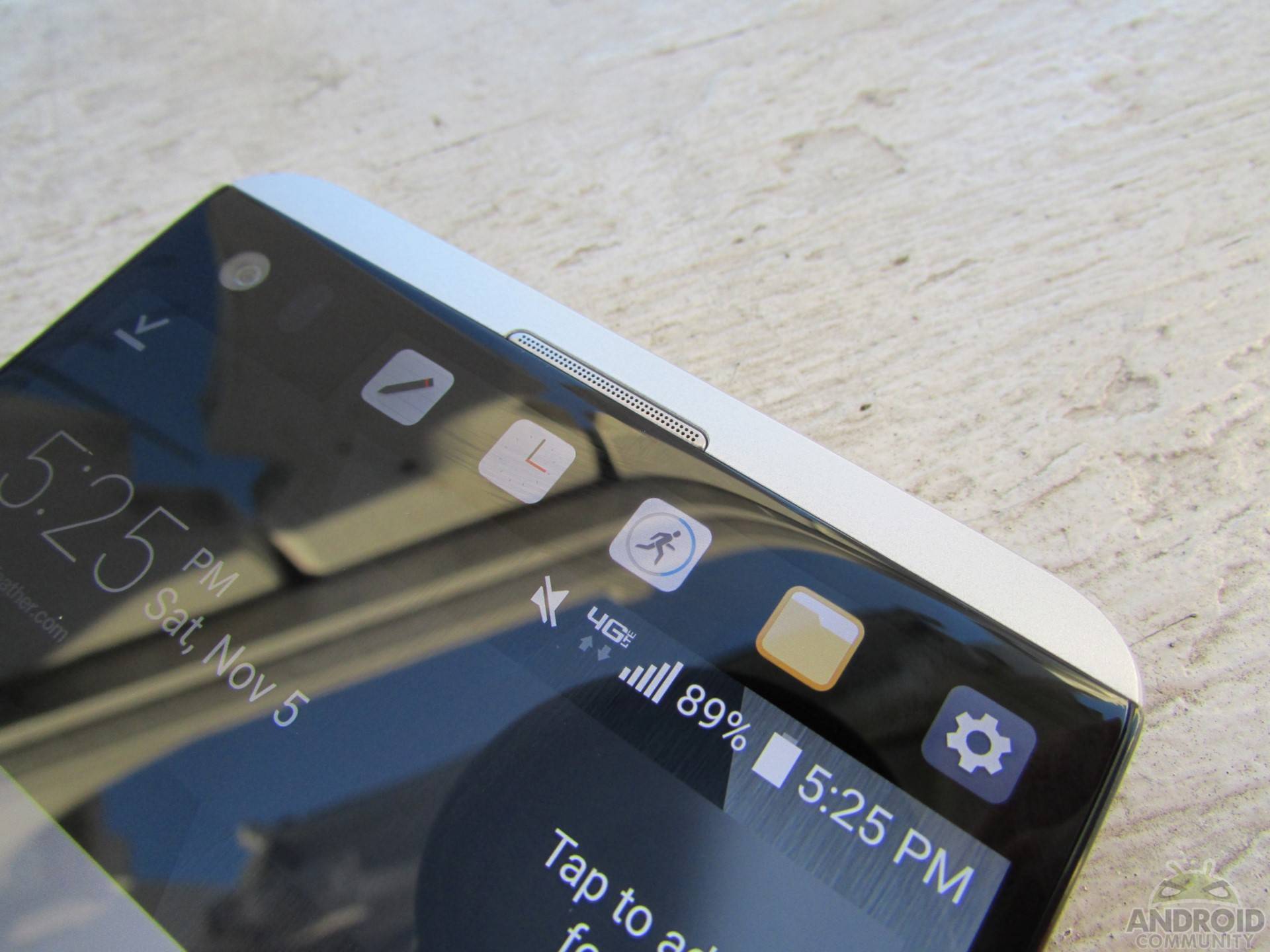 Overall, colors seem good – as I said in my first impressions post, I think the Galaxy S7 might be a little bit better with color depth, but honestly it feels like splitting hairs at this point. I think the V20’s display is going to be wholly satisfactory for nearly everyone who uses it, even if there’s some miniscule factor or comparison that doesn’t make the it the absolute best of the best.

One thing to note: brightness on this phone is impressive, to say the least. During my battery tests (more on those later), I turned the brightness on the phone to 50% and found myself surprised by how bright the screen was at that level. If outdoor visibility is an important factor to you, then you should consider the LG V20, because at 100% brightness the display remains easy to see regardless of ambient light. 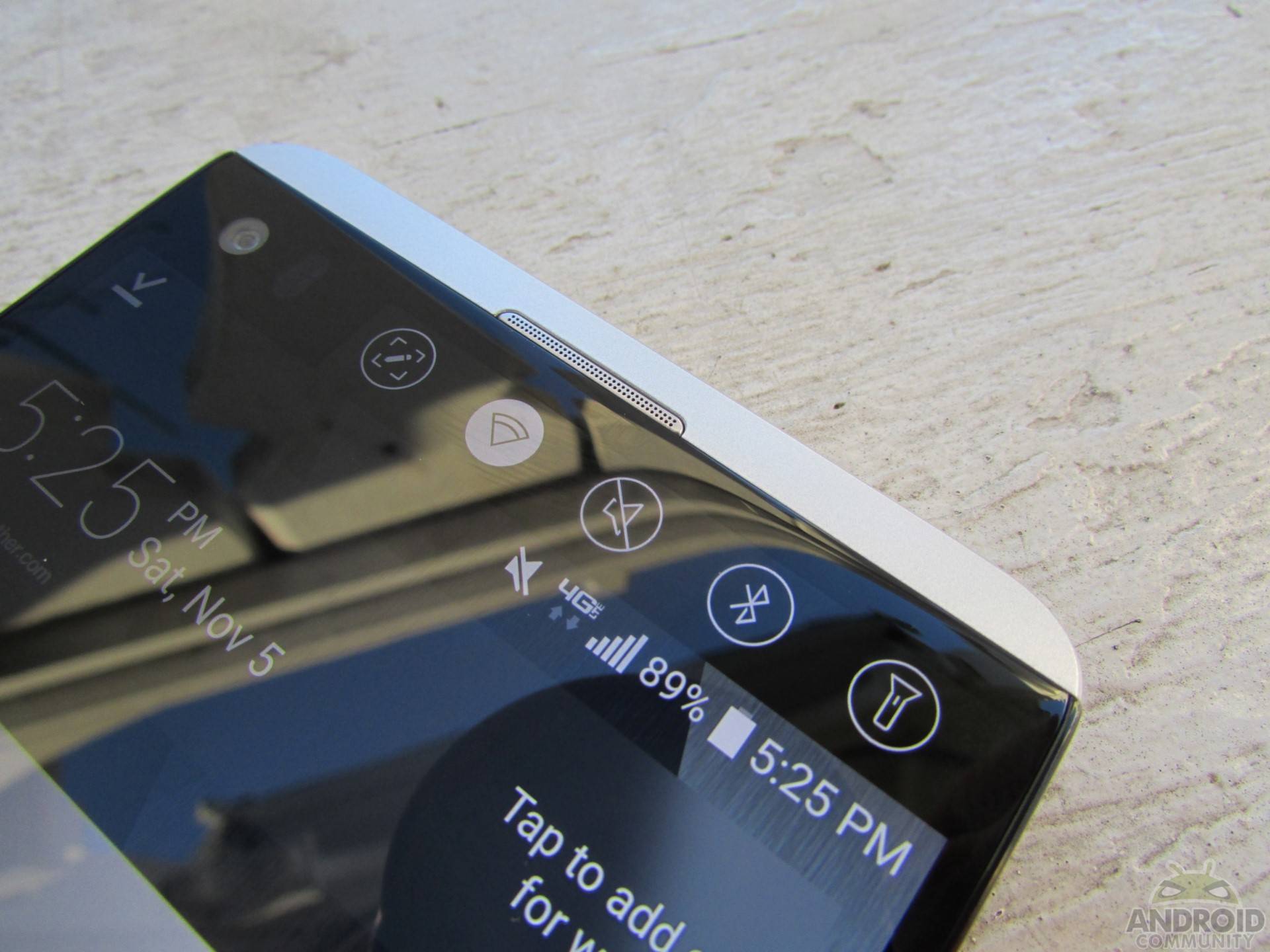 I am very impressed with the LG V20’s second screen, which doubles as an always-on display. It looks goods, it’s unintrusive, and most importantly, it’s actually useful. The fact that I can use it even when the main display is off makes me wish for such a feature on my Galaxy S7, frankly. Even if the phone overall was a bomb, LG would still earn points with me because of the second screen.

Like a number of phones we’ve seen in recent months, the LG V20 ships with two cameras on the back. One is 8-megapixels with a wide angle lens with an F2.4 aperture, and the other is a 16-megapixel with a normal-aspect OIS lens with an F1.8 aperture. In my testing, both have proven to be quality shooters. 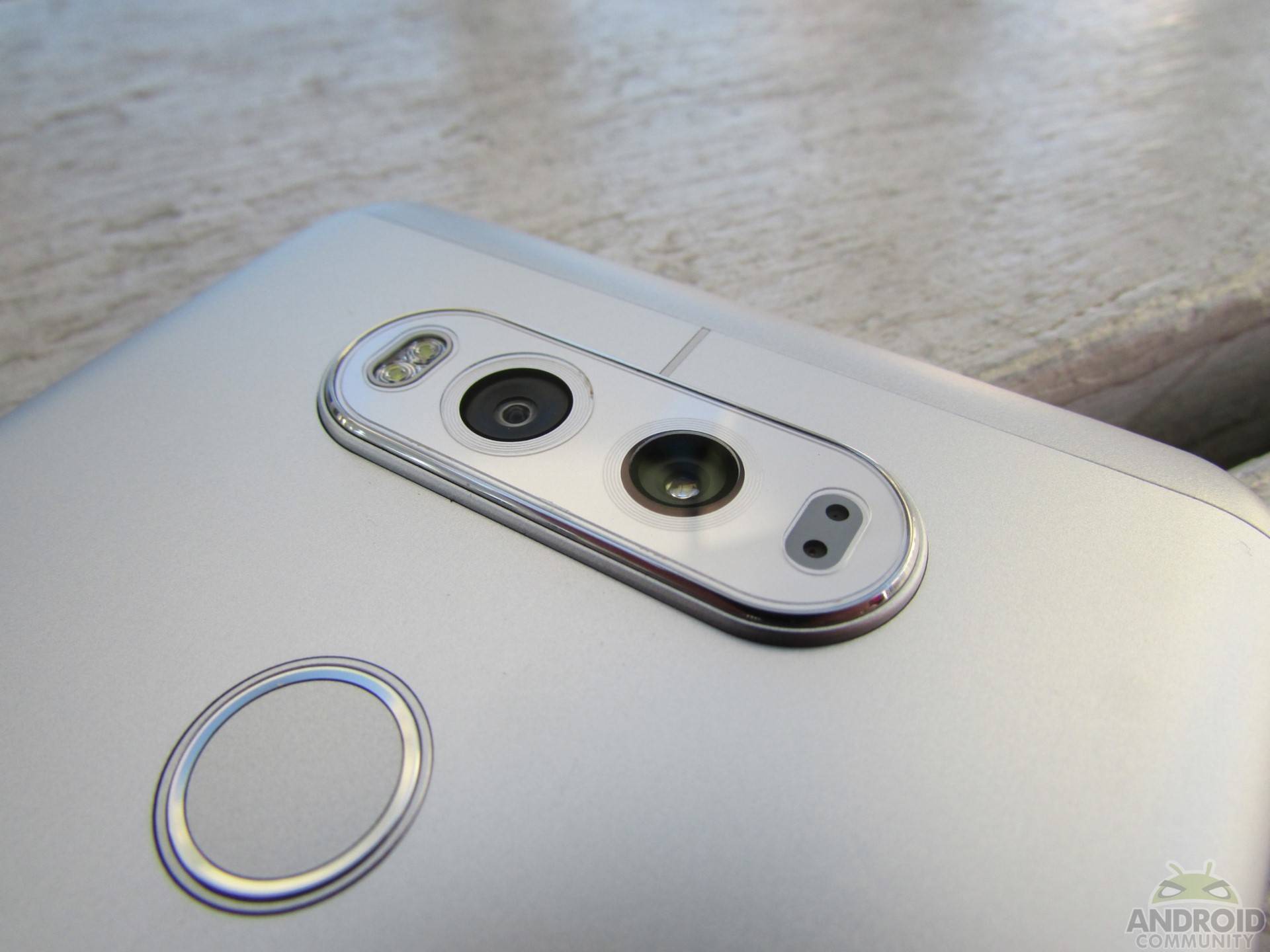 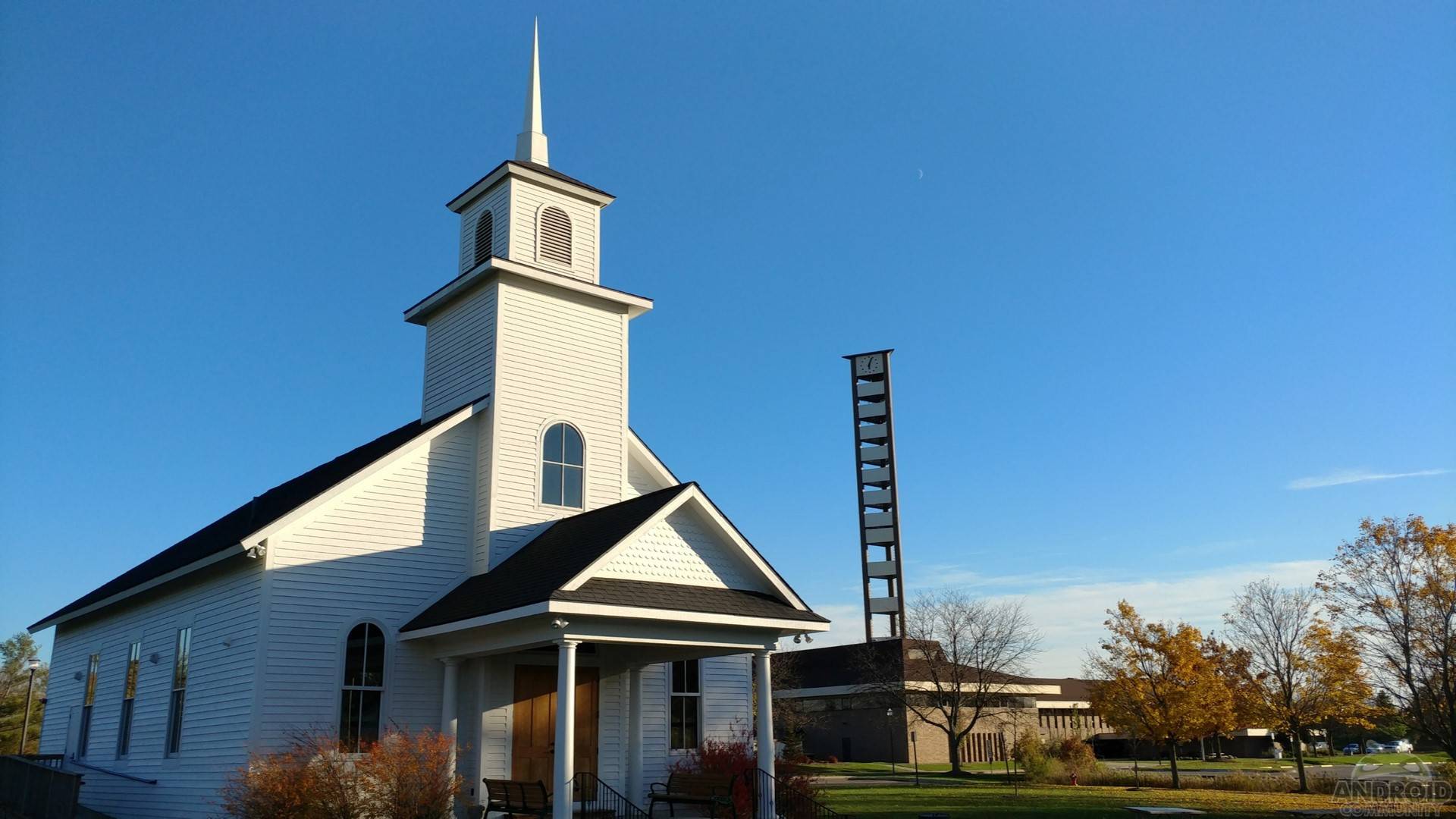 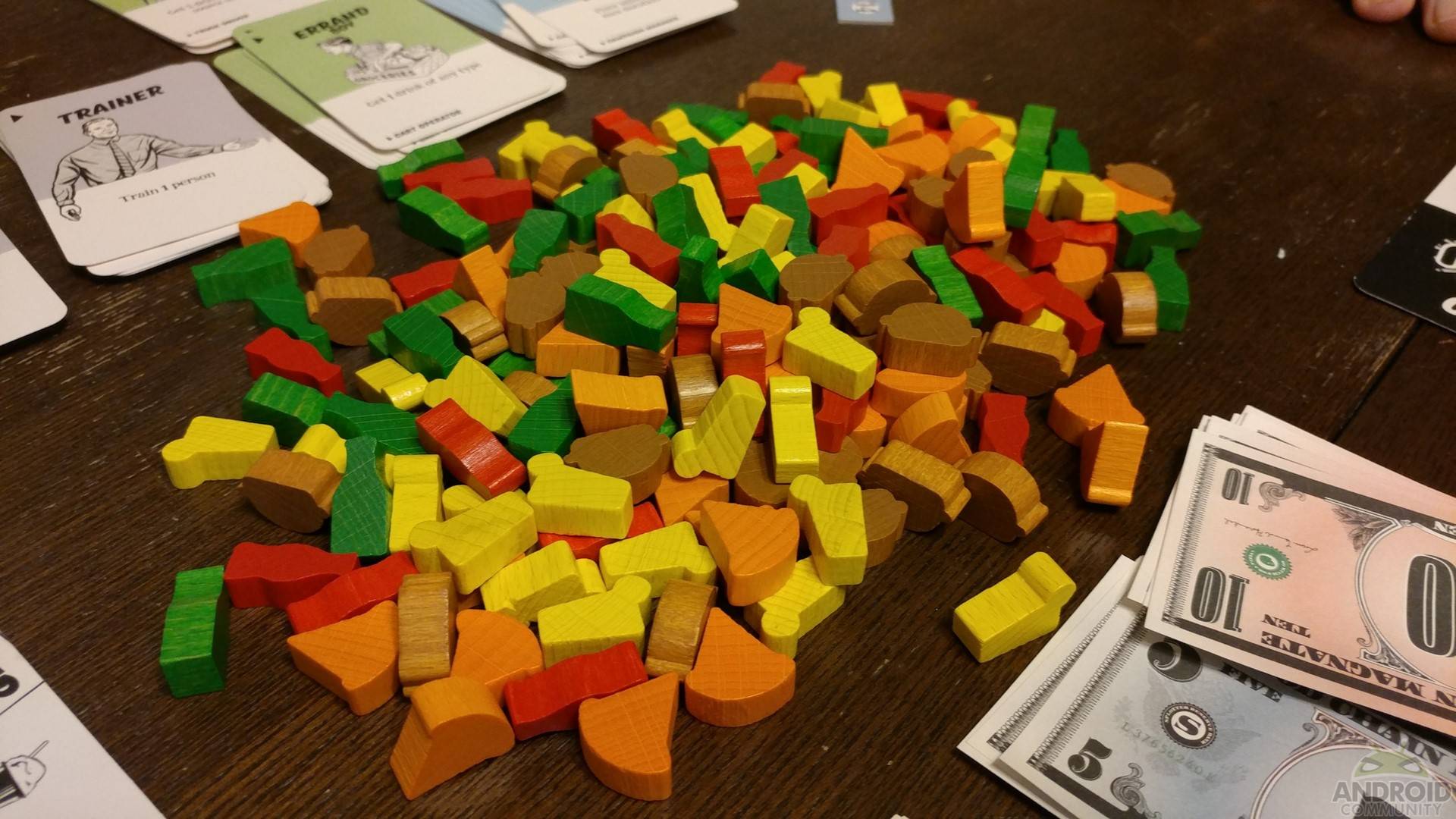 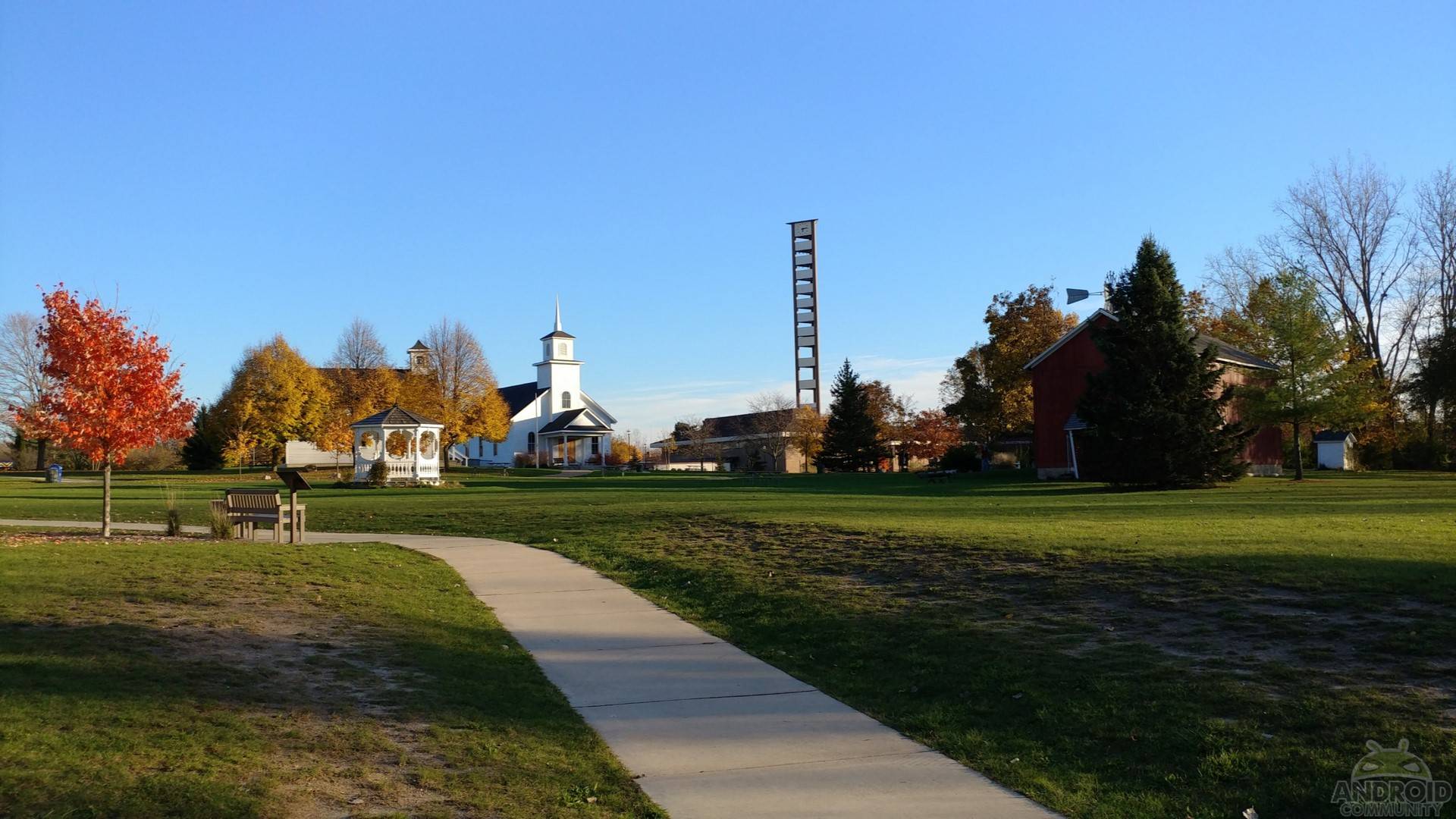 In all, I think sticking with the wide angle lens – as opposed to, say, the equivalent of an optical zoom as Apple opted for on the iPhone 7 Plus – was a successful decision on LG’s part. As you can see from the photos above, getting further away from your subject (or subjects) can lead to some impressive shots, while getting up close can cause the wide angle lens to lose something of what makes it special.

Jumping over to the 16-megapixel normal lens, we’re again treated to some solid photos. Here’s a comparison of the LG V20’s camera to the the Galaxy S7: 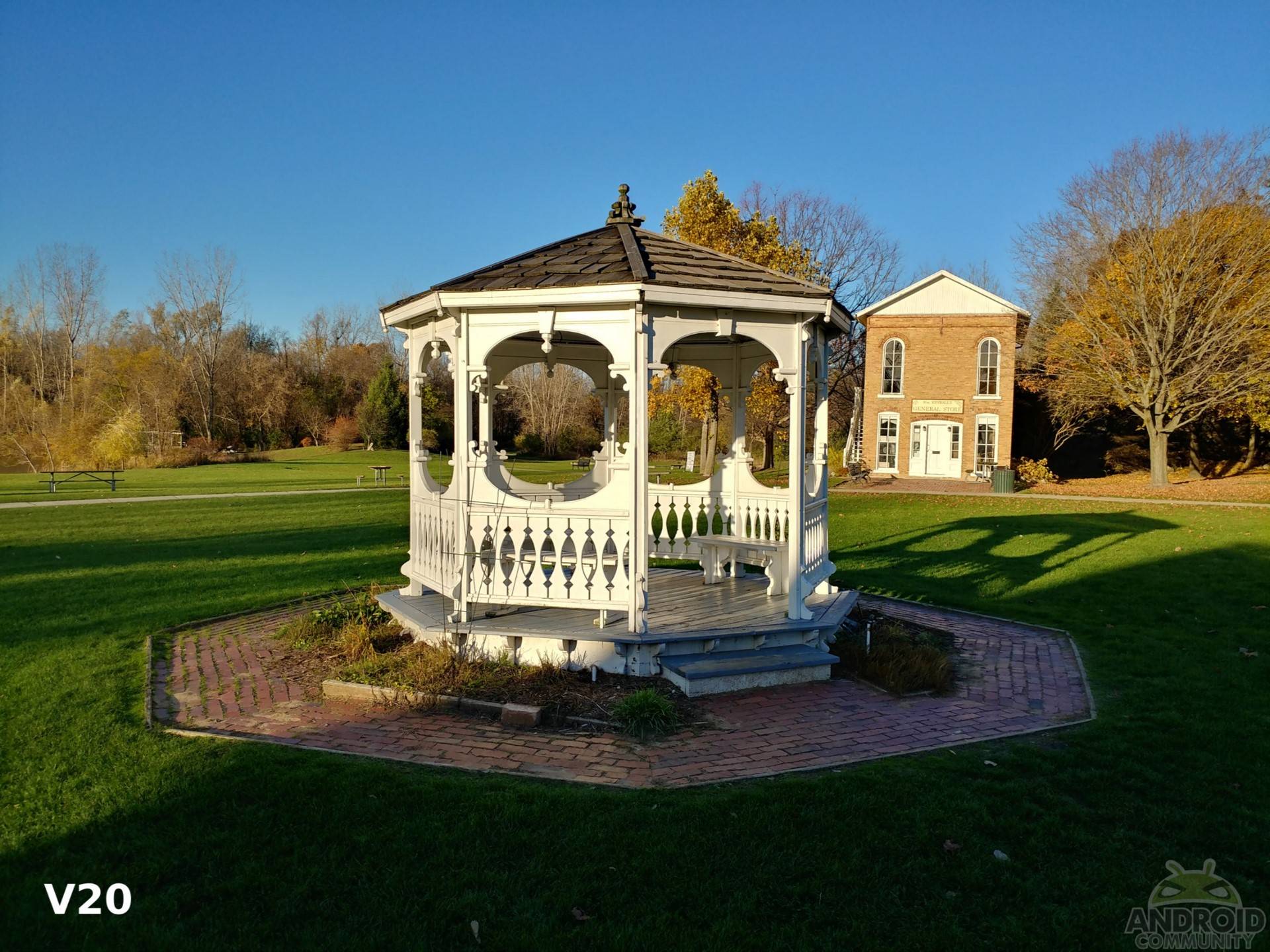 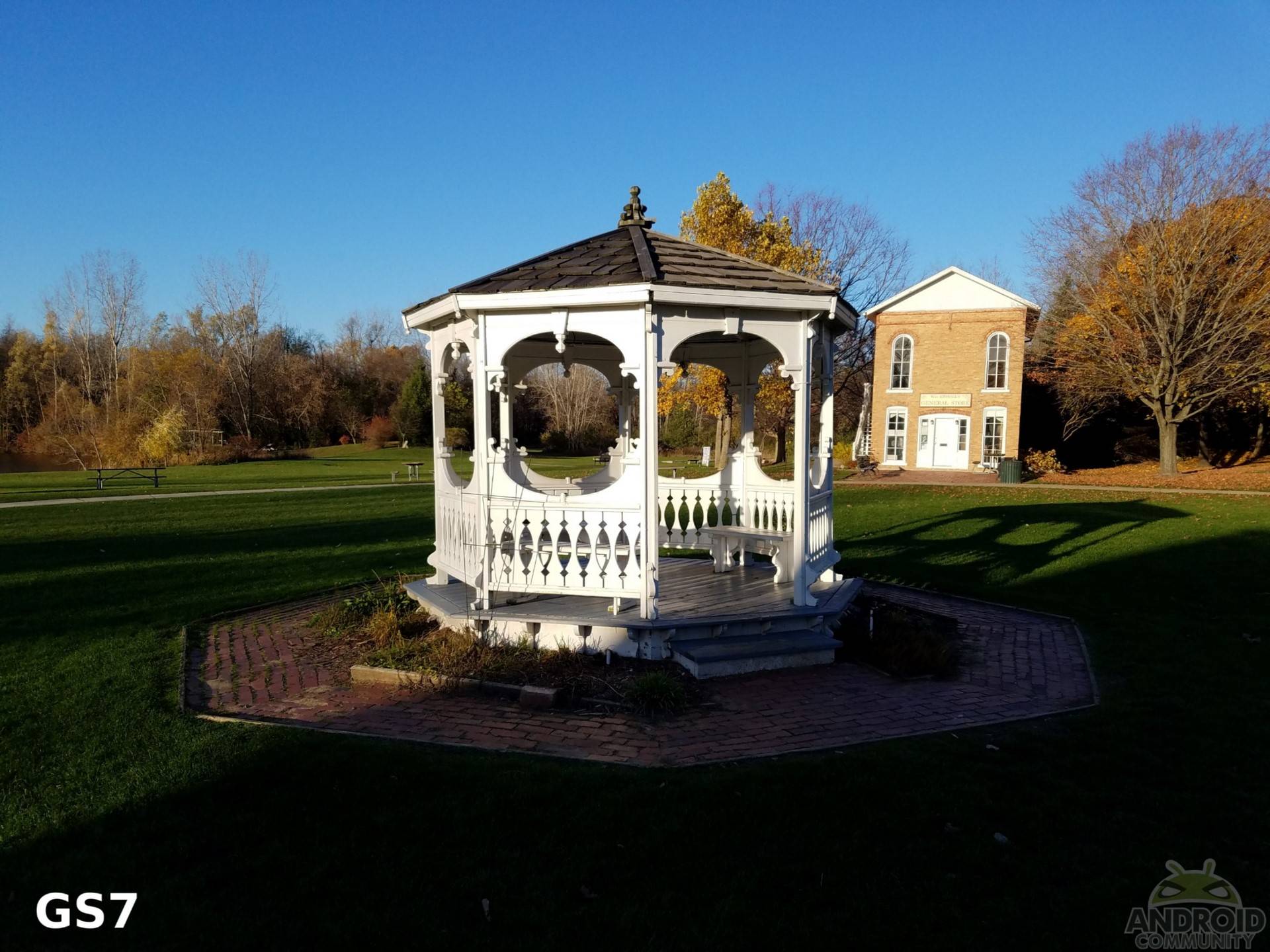 In my opinion, I think the LG V20 can hold its own in the camera department, though I suspect some might prefer the slightly punchier tones Samsung’s phones deliver. Still, if the decision between this and another phone comes down to a difference in cameras, I think these sample shots prove that the V20 is worthy of consideration. I imagine most people will be completely happy with the dual camera on this phone.

From the moment I powered the phone on, I noticed things were very smooth. There are very few dropped frames swiping between screens, apps open quickly, and responsiveness in general seems great. I was somewhat surprised by this, because that level of fluidity is something I’m not used to in LG’s phones.

There’s a mobile game I’ve been obsessed with for quite a while called Summoners War. While it’s definitely entertaining, I’ve also found it’s a fairly good way to tell at a glance just how well performing a phone is. Summoners War is fairly demanding both from a graphics perspective and a battery perspective, and while it can fall victim to lag on other phones I’ve used to play it, that isn’t the case here. 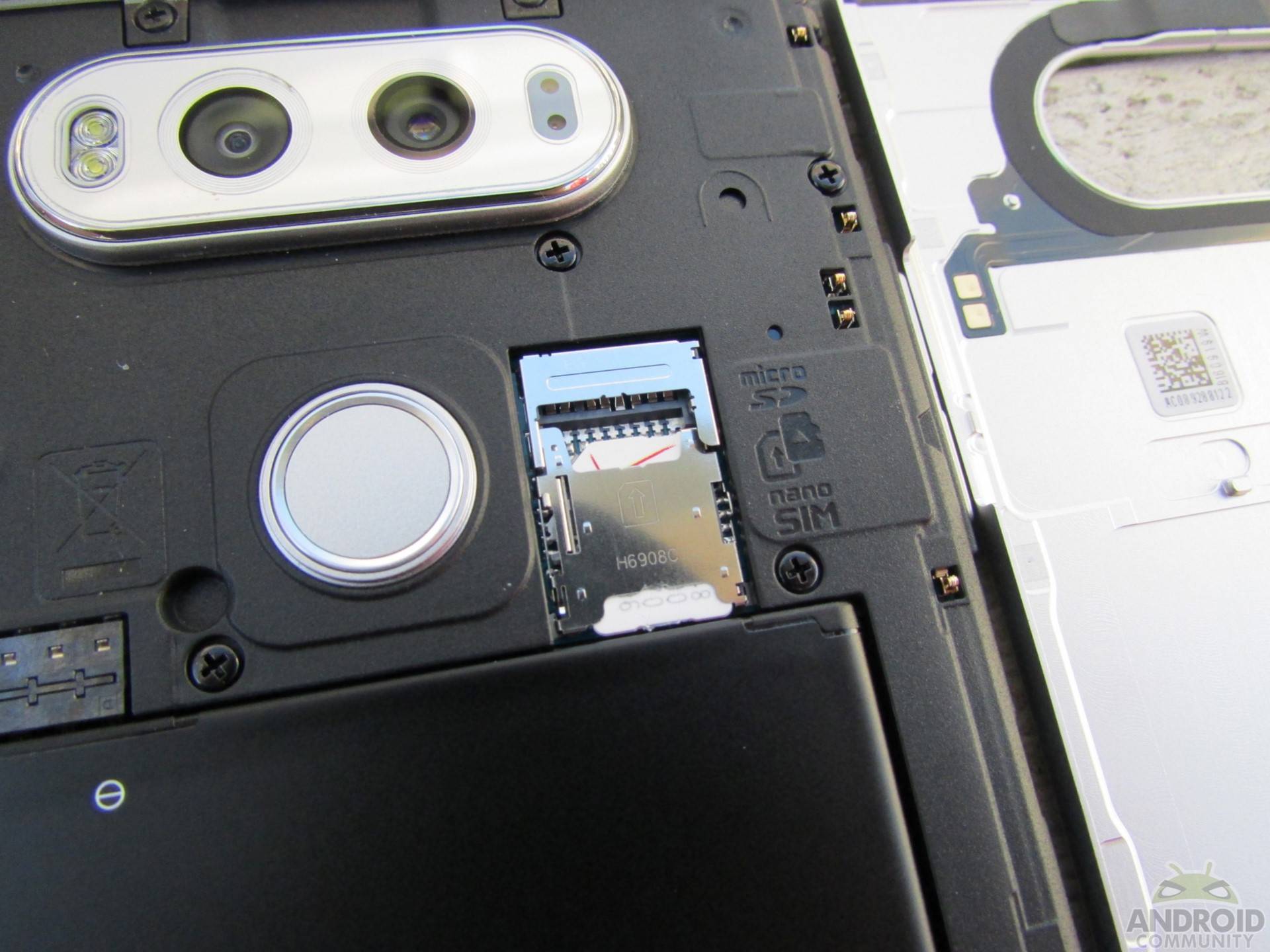 This solid performance is due to the Snapdragon 820 CPU running the show, the 4GB of RAM, and at least partially because of Android 7.0 Nougat. These three combine to offer an incredibly smooth experience. The next time someone tells you they can’t move away from iPhone because of the smooth user experience, have them try an LG V20.

I’d also like to take a moment to talk about the fingerprint scanner built into the home button. I’ve tested fingerprint scanners like Touch ID on the iPhone 6, along with the scanners on the Galaxy S6, S7, and now the V20, and I’ve been surprised by how quickly the V20’s sensor responds and unlocks the display.

Perhaps I messed up at some point while scanning my fingerprints into my Galaxy S7, but the V20’s sensor certainly seems faster than that. It might even be faster than the fingerprint scanner on the iPhone 6, but admittedly, it’s been awhile since I’ve even used it, so I can’t make that call with certainty. 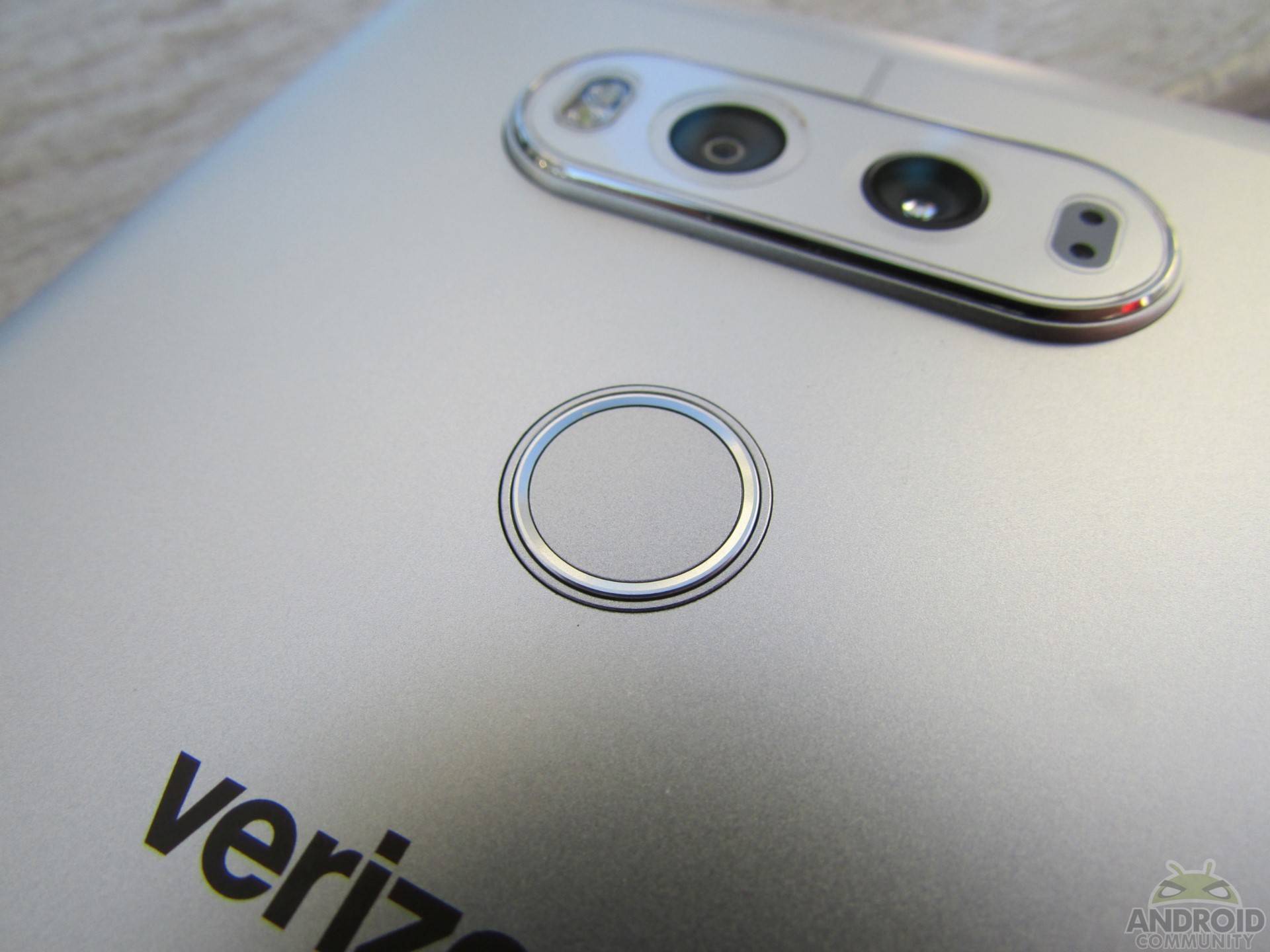 In any case, if there’s a difference in response time, it’s negligible and therefore insignificant. The point is that the fingerprint scanner doesn’t disappoint. It allows quick access to your phone and I have yet to see it bounce back with a read error. That’s about all you can ask for.

We’re working with a 3,200 mAh battery in the V20, which is enough to provide you with a decent amount of screen-on time. Setting the screen brightness to 50% and playing Summoners War on a full charge until the phone shut off, I was able to get around five hours and 45 minutes of screen-on time.

That certainly isn’t bad, but of course your mileage will vary depending on what you’re doing. As I noted earlier, 50% brightness is still plenty bright, so if you have auto brightness turned on, it wouldn’t surprise me to see numbers that break the six hour mark. Of course, is battery life if a major concern to you, then the V20 is already a clear winner based simply on the fact that it comes with a removable battery. 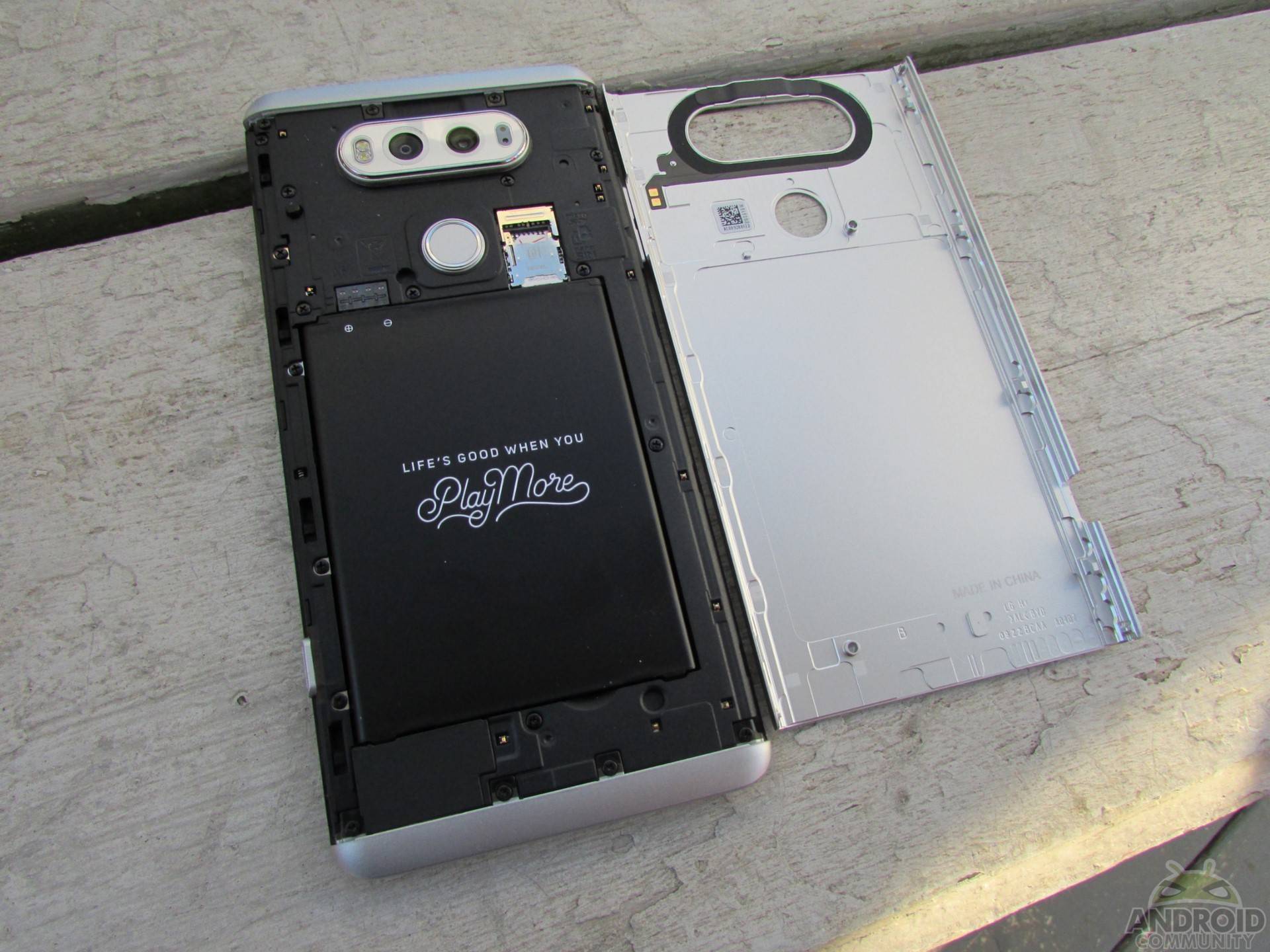 Charging times through USB-C seem to be on par with fast charging times on the Galaxy S7, and it should also be noted that the V20 has excellent standby times, despite the always-on second screen. On standby, I noticed the V20 only lost a percentage point or two or battery life every few hours, which is great compared to the standby time of my Galaxy S7.

In a nutshell, I’d consider performance on the LG V20 to be excellent. The phone itself is a pleasure to use, and if someone is looking for a phone that can boast solid performance and good battery life, I have no problems recommending the V20.

My time with the V20 has proven to be interesting. I went from being somewhat indifferent toward LG’s phones to genuinely excited about what the V20 brings to the table. If you were a previous Note 7 owner and you don’t mind losing the S Pen functionality, I think the V20 will serve as a suitable replacement. 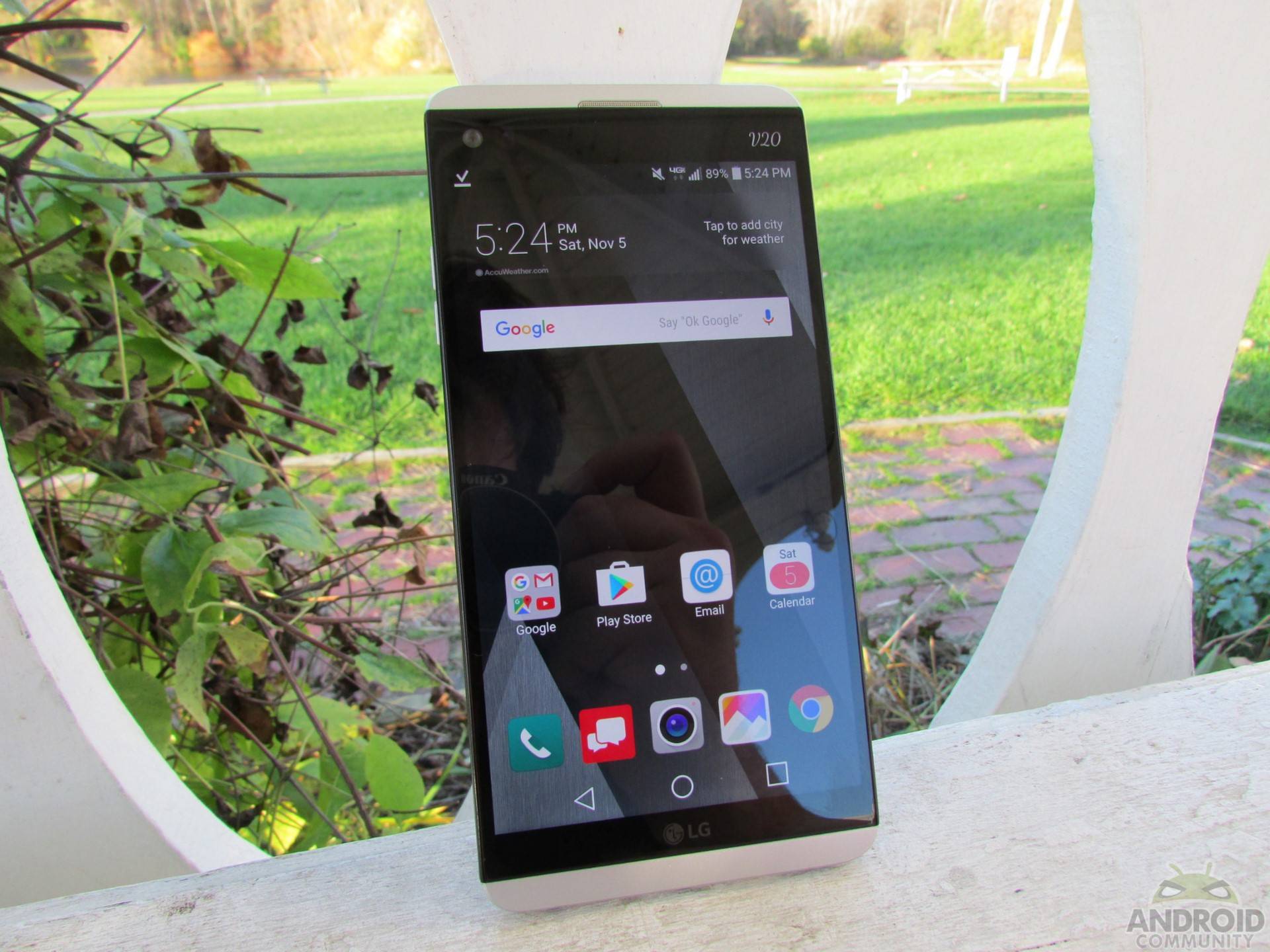 In fact, the V20 is an easy recommendation for anyone in the market for a new phone, simply because I have a hard time coming up with things to dislike about it. The second screen is not only a cool idea, but it’s executed almost flawlessly here. In a world where smartphones are becoming more and more alike, the second screen makes the V20 stand out.

In my experience, performance has been great, the photos the V20 puts out look good, and the phone itself is a pleasure to use. The only hang up I might have is recommending the phone to someone who is unhappy with this slow industry crawl toward larger and larger phones. If that’s you, then you’re going to be disappointed with the LG V20 – this is not a small phone, and it wouldn’t be a good idea to overlook something as important as size just because the rest of the phone impresses.

If you’re totally okay with larger phones, however, then I have no problem recommending the V20. That’s doubly true if you lament the fact that more and more phones are shipping without a removable battery these days. That the V20’s battery can be swapped out automatically puts it ahead of most other phones out there, because it means you can break the two-year upgrade cycle and use this phone until the software you want to run begins to outpace the hardware inside.

That is a great advantage, and one that should be considered if you’re looking for a new phone. I think most people out there would be perfectly content with a V20, especially people looking for a powerful phone that can last them for years to come.