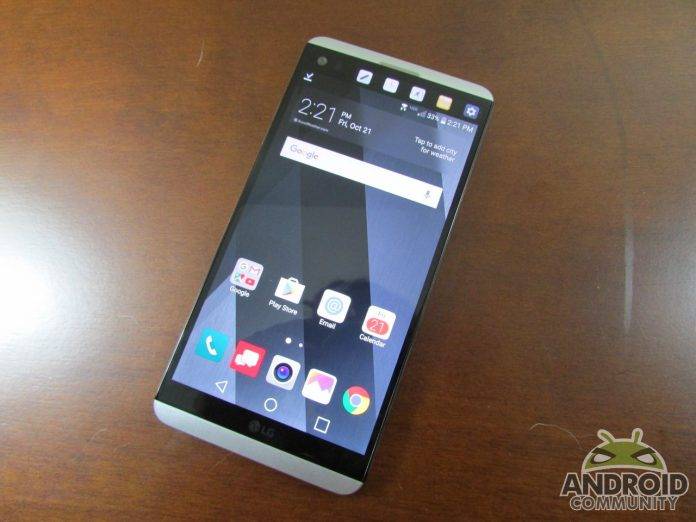 LG has found itself in a rather attractive position with the release of the V20. With the Galaxy Note 7 now out of the picture, the V20 has a chance to capture an audience that was previously unavailable to it. The question now becomes whether the V20 is a good enough phone to capitalize on this turn of events. That’s a question I intend to answer in the coming days, but while the V20 and I get a little more acquainted, I thought I’d give you my early impressions of the device.

Just to start things off, I have to say that I quite like the V20 thus far. It’s been a while since I’ve held or used a V10, but the V20 absolutely feels better in the hand. It has a more premium look to it, but that comes with a feeling of increased fragility. It also feels like it might be just a touch lighter than the V10, but that’s a difficult comparison to make without a V10 on hand.

I use a Galaxy S7 as my daily driver, and I have to say that I appreciate the increased screen size of the V20. My initial thoughts on the display are that it’s good, but perhaps not as good as the S7 in terms of color depth. Still, at 2560 x 1440 resolution, things are plenty sharp for my liking, and overall, I think this is a solid display that won’t leave too disappointed. 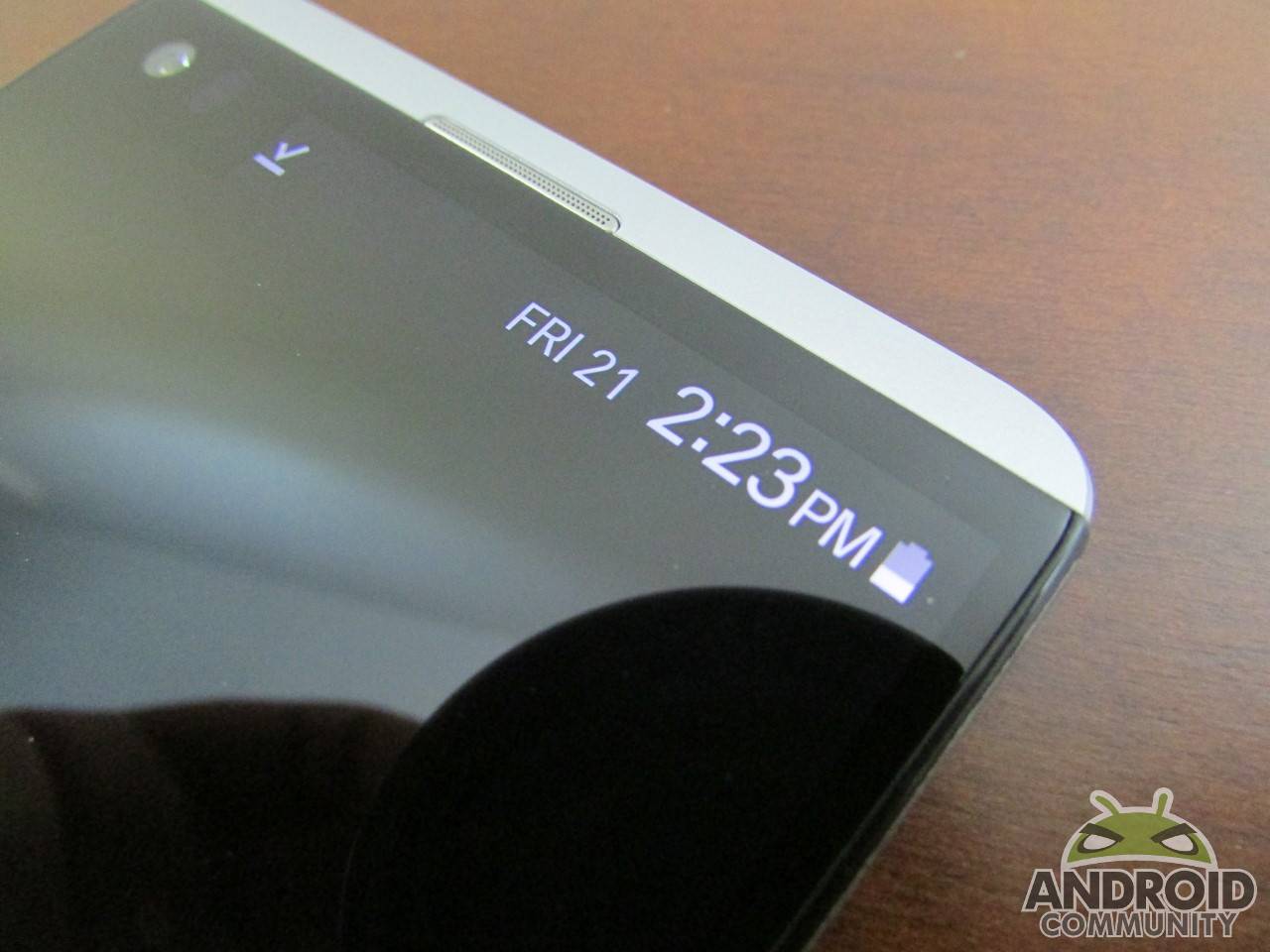 I’ll also say that I like the second screen features of the V20. In fact, I may even like the second display better than the always-on display for the Galaxy S7. While both are good, I’d give the V20 the edge here, if only because the second screen of the V20 is a little less intrusive than the always-on features of the Galaxy S7. That normally isn’t a big deal, but when you’re trying to sleep, it can actually make a difference.

So far, battery life seems good but not incredible. I haven’t had the chance to thoroughly test the battery yet, but I’ve been running a game called Summoners War in the background while I work today as something of a preliminary test. Around three hours of game time has brought the battery from 100% from 40%. 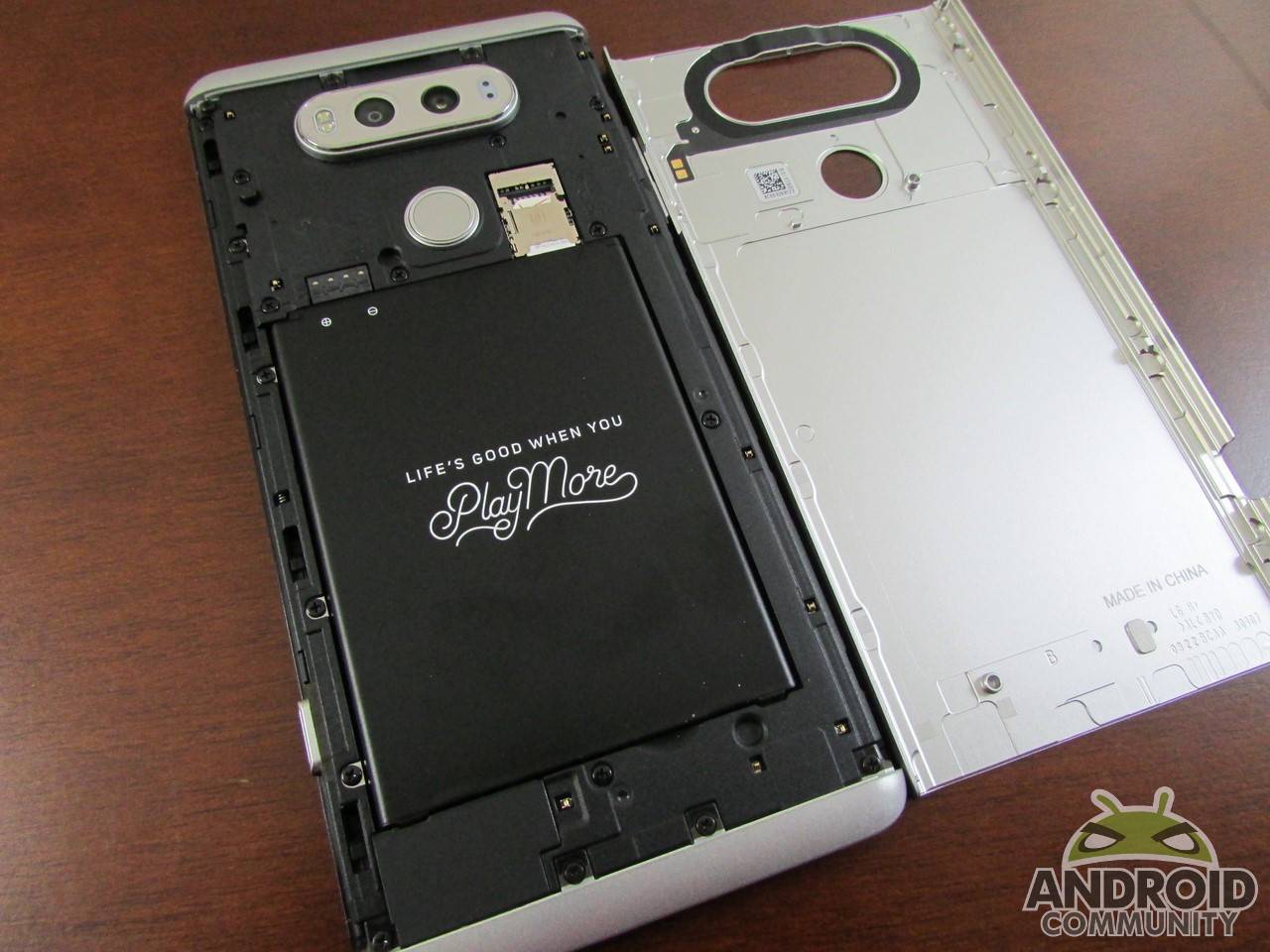 Not bad, but not stupendous either. Of course, if battery life is something that’s super important to you, the V20 has the advantage of being one of the only flagship phones that offers a removable battery. This, obviously, means you can buy a spare and swap it in when you need to.

In truth, I didn’t realize how much I missed having a removable battery until I got my hands on the V20. Even if it’s a feature that doesn’t see daily use, it’s a nice one to have anyway. Perhaps most importantly, it means that you’d be able to buy a new battery and continue on when the one the phone ships with starts to fail. If you plan on using this phone for more than two years (which is entirely possible thanks to the V20’s hardware) that might be something to consider.

Charge time seems to be on a similar level level to fast charging with the Galaxy S7, though again, this is going to be something I will test a little more rigorously as I prepare my full review. USB C is a welcome addition, though not something that really makes the V20 stand out as we close in on 2017.

I also have a few quick sample shots from the V20’s rear-facing wide angle lens. For the full review, I’m planning to compare the V20’s photo side-by-side with shots taken from the Galaxy S7, which I consider to be one of the best cameras available on an Android phone. We’ll see how the V20 stacks up then, but for now, have a look through the gallery below.

I have to say that I’m pretty impressed by the V20 early on. My review will delve into each of these topics in more depth, and I’m definitely excited to spend more time with the phone. Will it be enough to unseat my love for the Galaxy S7? Time will tell, so check back here next week for the full review.