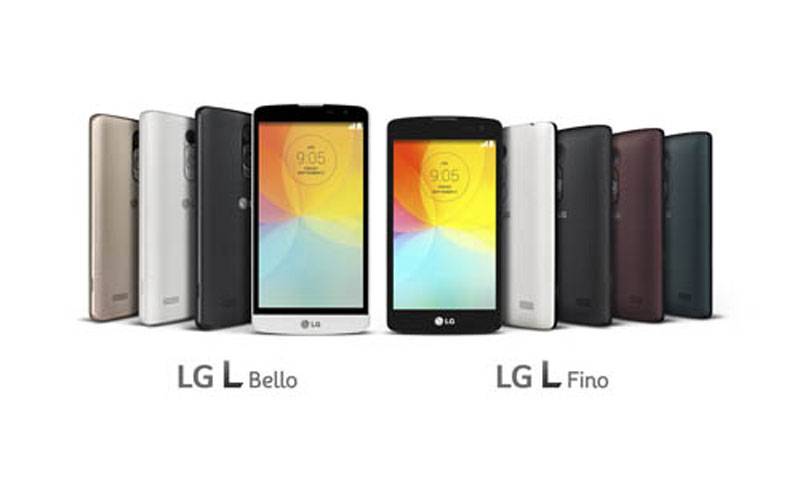 LG has announced a pair of new smartphones that it will be unveiling at IFA 2014 next month along with the rumored launch of the G Watch 2. The new smartphones include the LG L Fino and the LG L Bello devices. LG says that these two smartphones are aiming to extend the company footprint to markets by offering powerful devices at lower price points.

Both of the L series smartphones will have the LG Rear Key button and will feature an 8MP rear camera. LG will also use its proprietary UX features on the smartphones. A lot of effort was put into making the cameras perform well and to make it easy to take photos with no blur. Both of the cameras will include a Touch and Shoot feature that lets them tap on the display to focus and shoot an image.

A Gesture Shot feature allows the user to open and close their hand in front of the camera to start a 3-second countdown for the shutter. A front camera light adds a white background for softer lighting in self-portrait mode. LG is also fitting the smartphones with Knock Code and a QuickCircle Case.