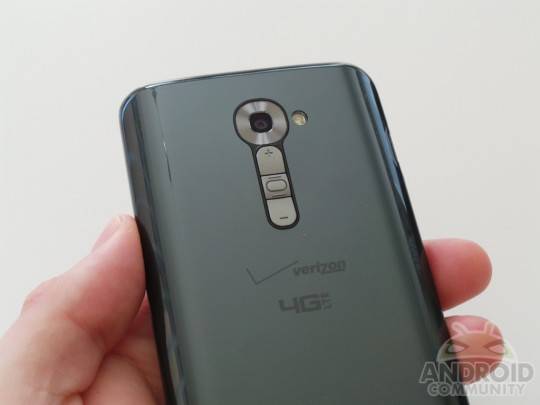 LG has posted the latest promo video for the G2 smartphone and this time around the talk deals with the camera. Specifically, dealing with one feature that makes the LG G2 camera stand apart from other Android handsets. That feature is optical image stabilization (OIS) and LG has opted to show how this works using a chicken.

First things first though, LG has a 13 megapixel camera on the back of the G2 and as we noted in our earlier review, taking pictures from a moving car, while walking or with shaky hands was nothing to worry about. Anyway, LG has dropped this 2 minute plus video titled “Steady Feathers” and is using the chicken to show how optical image stabilization works.

Perhaps the key though, this essentially means the software will be able to make up for your shaky hands. And as we shown in that review, it can also make up for the shakiness that would be associated with taking pictures from a moving car. Anyway, those choosing to skip the video, just so you know what you will be missing — a chicken wearing a football helmet with a camera doing some crazy stunts.

Aside from the optical image stabilization, the LG G2 camera is also able to capture 1080p video at 60 frames per second. We have a sample video coming from the G2 tucked in just below.

Other points about the LG G2 camera include a lens that is protected by a finger print coating and sapphire glass as well as a 4x digital zoom, 9-point auto-focus system and auto scene prediction. Those buttons on the back also double as a shortcut to the camera.

All of this being said, the LG G2 is a solid device and those still considering a purchase may benefit from some of our earlier coverage which included a full hands-on review and well as an everything you need to know style post. Not to mention, we did a battle of the buttons post to show the differences between the Verizon and AT&T models.