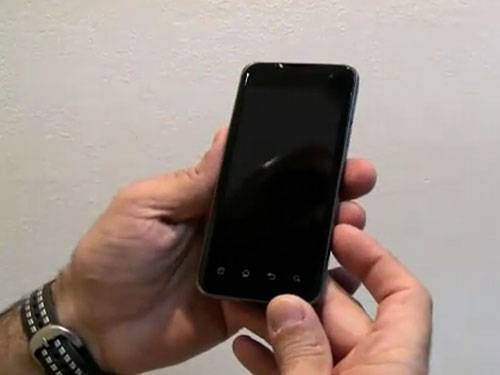 I know that I am not the only person excited by the LG Star Android smartphone with its sweet dual core NVIDIA Tegra processor and other cool features. If you have been following the other information that has surfaced on the handset, you are in for a treat today. I mentioned yesterday that some new pics showing the UI had surfaced.

Today we have a new video hands-on of the device coming from GSM Israel. The geeks say that the smartphone has plastic and metal construction and feels well built. The smartphone is said to be comfortable in the hand despite its larger size.

The team also says that the device operates smoothly and is fast compared to other devices running Android 2.2 and they expect things to be even better when it gets Gingerbread installed. Check out the video below to see the LG Star in action for yourself.