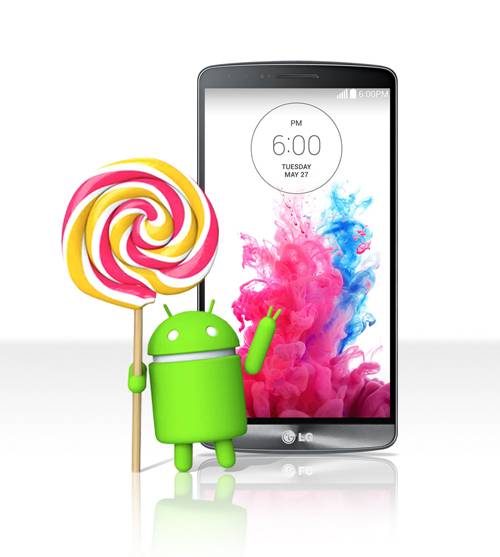 If you are the lucky owner of an LG G3 and also looking forward to the Android 5.0 Lollipop update, then this is your lucky day indeed (well, also if you live in Poland). The Korean OEM has announced that they will start rolling out the update for their flagship device this week, becoming the first smartphone manufacturer to do so, or at least officially announce that they are doing so. Poland is the lucky country to first receive the major update, followed by other regions, although no schedule has yet been announced.

Late last week, images of a test build of Android Lollipop on the G3 were leaked. Screenshots and videos showed how it looked like on the flagship, although most of the images were in Chinese so pretty difficult to decipher (unless you’re fluent of course). LG has previously announced that they were indeed upgrading to 5.0 before the end of the year, with Netherlands and Belgium becoming the first ones to receive it. We don’t know what happened to change the country and push the schedule forward, but whatever it is, the LG G3 owners would think Christmas came early.

The highly anticipated (or at least highly publicized) Android 5.0 Lollipop will bring the Material Design officially to your Android device, and the design language brings more shadow, animations and visual depth. It will also give users L-type and color notifications, which will work on your gadget’s locked screen as well. You will also be able to unlock your device if it’s near a previously paired Bluetooth device, which in the case of LG, can be one of its Android Wear smartwatches, either the G Watch or the round-faced G Watch R.

The schedule for the rest of the regions in the LG G3 update will be announced later on. The previous flagship, the G2, will also be getting Android Lollipop on their devices, but it will probably be later this year or early 2015. Other Android devices from Samsung, HTC, and of course the Nexus ones will be receiving the upgrade by December (or who knows, maybe earlier) while Sony is scheduled to roll out theirs by early 2015.