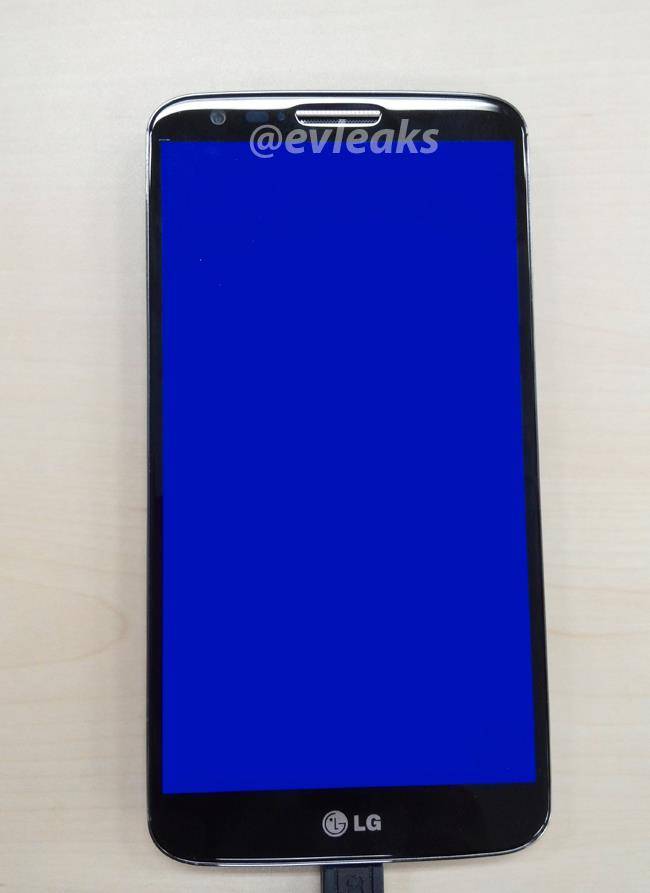 We have a fancy new smartphone to show you guys this afternoon. This weekend we’re getting our first look at a brand new prototype smartphone from LG that has our interest piqued. As usual, the always excellent leakster @evleaks has just revealed the device you see below, and there are signs this could be an Optimus G2, or even an LG Nexus 5.

At first we weren’t sure what to think, but now we’ve had a few moments to toss around ideas our guess would be an Optimus G2. The follow-up to their popular device last year which we’ve thoroughly reviewed. Then we can’t forget that they’ve already released the Optimus G Pro. So why would they also release an Optimus G2, it just doesn’t fully make sense, even though we’ve seen multiple leaks suggesting an Optimus G2 is in the works.

LG’s latest devices have joined Samsung with the idea of having a dedicated hardware home button, something we’re not fans of. However, this new device being seen today seems to be taking Google’s approach and there’s no buttons at all. No hardware, and certainly no capacitive touch buttons of old. Could this have all on-screen navigation? Just like a Nexus or recent Motorola phones? Looks to be that way.

The display is quite large, and @evleaks later updated and said a few believe it to be a 5.5-inch display, just like the Optimus G Pro. If this is indeed a Nexus I’m hoping for something a little smaller, as 5.5-inches is just too big for the mass public if you ask us. Speaking of the display. It appears to curve or wrap slightly around the edges, just like the Nexus 4 and Optimus G, which also has us a bit curious. Oh, and the Optimus G from last year was the base design behind the Nexus 4, so this could either or, we’re not sure. 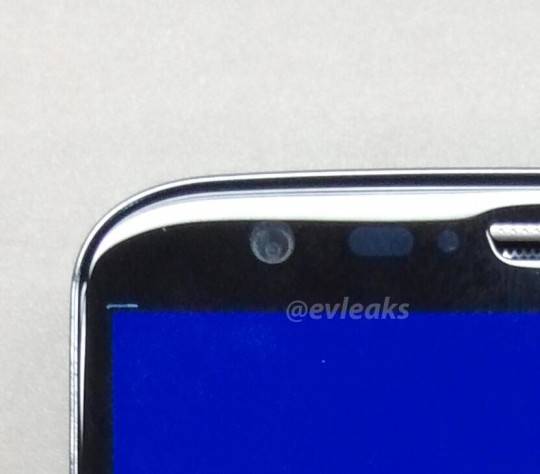 The top and bottom are curved like a Nexus, but that earpiece certainly doesn’t look like anything we’ve seen before. We’ve heard multiple tips that the next Nexus will again be made by LG, so we’ll have to wait and see. Tips regarding the Optimus G2 have stated a 1080p display, and it will be the first smartphone powered by Qualcomm’s new 2.3 GHz quad-core Snapdragon 800 series CPU. Either way we’d like to know more, and will update the moment we get additional details.

Optimus G2, Nexus 5, or something else. What do you think?