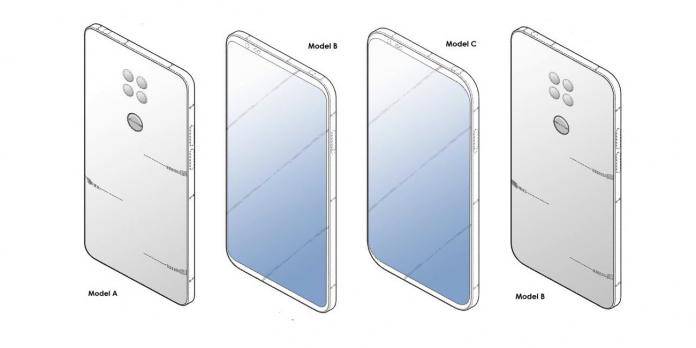 After the LG V40 ThinQ, we can expect the other South Korean tech giant will further work on making better and more advanced smartphones. The three camera system on the rear of the premium smartphone is a nice effort from LG since it’s been making changes to marketing and business strategies. The next LG G phone, the G8, has been the subject of a few rumors but the latest patent tells us LG may be thinking of a square camera setup. If this looks familiar, yes, you’re right: it’s a lot like the Huawei Mate 20 Pro.

A quad camera system somehow tells us how the Huawei Mate 20 Pro’s design works. We’re not sure who between the two companies thought of the idea first but it doesn’t matter know because Huawei launched the phone. Meanwhile, LG’s design is only a patent but there is a possibility it could go into production soon.

Three LG design patents were actually sighted. The United States Patent and Trademark Office (USPTO) published the documents only last October 23. The triple camera at the back is slowly becoming a trend now we’re guessing the next year, four rear cameras will follow.

The LG V40 ThinQ’s cameras were positioned side by side. There are three designs: Model A, Model B, and Model C. Nothing much to say here but we still see a rear fingerprint scanner, three cameras, and flash. Model B shows a phone with more rounded corners while Model C has slimmer bezels.

We’re not sure if the quad camera square setup will be implemented on the LG G or LG Q series. Let’s wait and see.