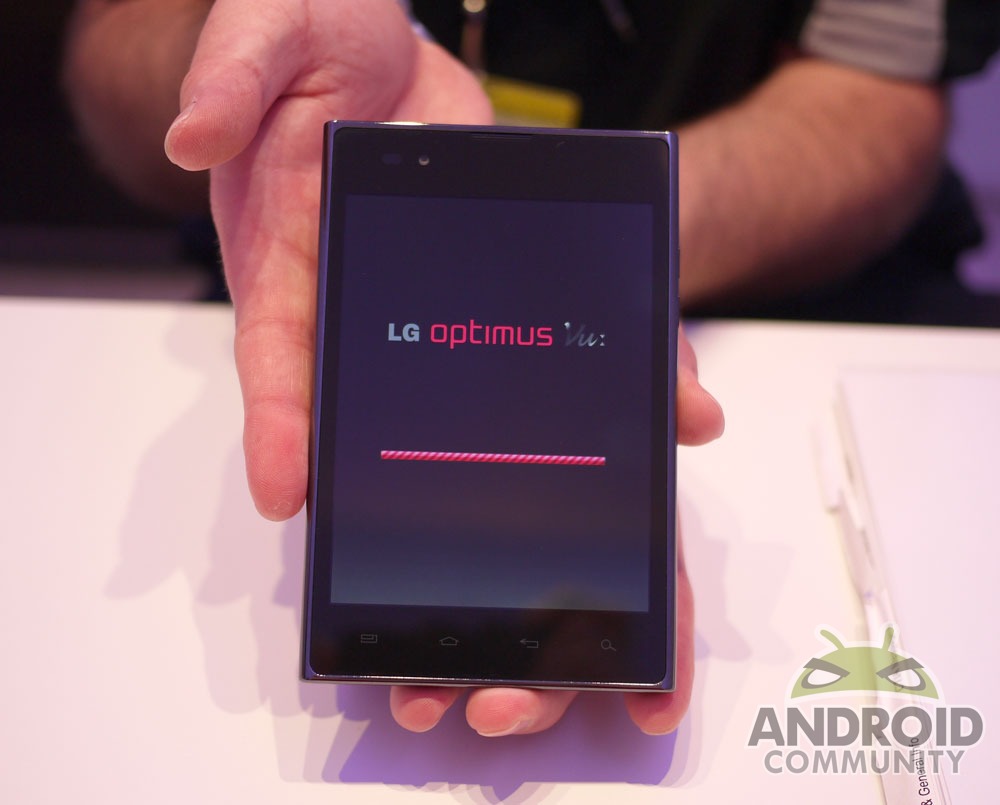 LG’s new Optimus Vu 5-inch “phablet” smartphone might not be selling as well as Samsung’s Galaxy Note, but they have recently announced over 500,000 have been sold. Along with that news they managed to share a few details for when those stateside can expect the device to arrive. It looks like we can expect to see LG’s new smartphone sometime in the 3rd quarter, so before the end of September.

We first saw this oddly shaped 4:3 aspect ratio phone in February at Mobile World Congress, and it went up for sale in South Korea back in March. However, those here in the US, particularly on Verizon Wireless could be seeing this option sooner than later.

Recent filings at the FCC lead us to believe the Optimus Vu will be coming to Verizon Wireless, and it has been spotted in the wild with Verizon brandings too. While LG hasn’t released an official date, they mentioned it would be available in the US “before the end of the 3rd quarter.”

You never know how a device launch will go on Verizon, but if all goes well users should be able to purchase this massive smartphone before the end of September. The Optimus Vu comes with a 5-inch display, Android 4.0 Ice Cream Sandwich, a stylus for pen input, and is powered by the same 1.5 GHz dual-core Qualcomm Snapdragon S4 as the Galaxy S III. This will be another fine choice from the folks at Verizon and LG. Who’s interested?