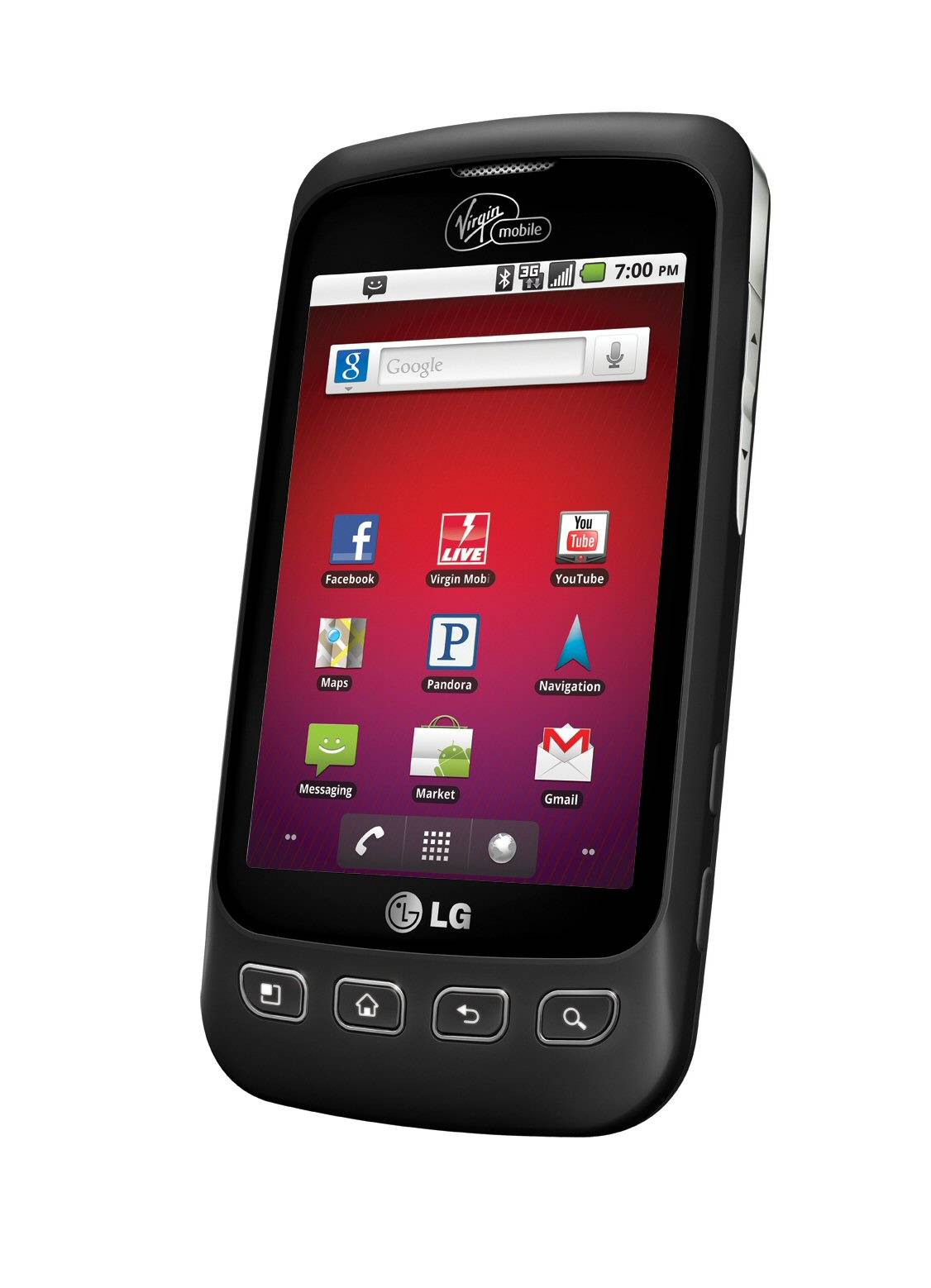 The LG Optimus line just got a little bigger with an official announcement of the LG Optimus V, a higher-end-of-entry-level Android phone priced at $149.99 and set to release on Valentines Day through Virgin Mobile. Details available to us now include a 3.2-inch touchscreen display, 3G and Wifi capable, 3.2 megapixel camera, video, and we’re gonna send out a wild guess and say that it’ll have Android 2.2 Froyo. If it’s anything like it’s brother LG Optimus U, it’ll be a nice little phone that zips around fast as you’d expect a phone in this price range to do so. More than likely this phone will end up being free on contract sooner than later.

Take a peek at the full press release below and see here some nice high-resolution photos for your pleasure:

WARREN, N.J. – Feb. 1, 2010 – Virgin Mobile USA continues to enrich its handset lineup with the introduction of LG Optimus V, expanding its selection of Android handsets. Rolling out at Radio Shack stores and at  www.virginmobileusa.com/cell-phone-plans/beyond-talk-plans.jsp beginning today for $149.99, LG Optimus V creates a unique user experience that will keep people connected and in-the-know while on-the-go. LG Optimus V will become available in other major retailers throughout the month as well.

“More than 44 percent of smartphones purchased in the third quarter of 2010 were Android based with the i-Phone coming in second[i],” said Bob Stohrer, vice president-Marketing, Virgin Mobile USA. “With LG Optimus V on Android, Virgin Mobile customers who crave constant connectivity get a highly functional device with a high-resolution 3.2” touch screen paired with an affordable monthly plan and no annual contract.”

“Users get the best of both worlds with LG Optimus V,” said Tim O’Brien, vice president of LG marketing. “Bringing an easy-to-use blend of applications and sleek design, LG Optimus V delivers the features users want with the efficient performance capabilities they deserve.”

LG Optimus V also comes with a 3.2-inch touch-screen display, 3G and Wi-Fi capable, a 3.2 MP camera and video, and preloaded applications, including popular social apps such as YouTube® and Google Talk™. Additional features include:
• Swype, a faster and easier way to input text on any screen, with one continuous finger or stylus motion across the screen keyboard.  The patented technology enables users to input words faster and easier than other data input methods—at over 40 words per minute
• Contact and calendar sync via ActiveSync
• Android Web browser
• Full integration of Google Apps™ such as Google Maps™,Gmail™ and Google Navigation™
• Document file viewer
• Built-in music player

The launch of LG Optimus V also marks Virgin Mobile’s new handset packaging that is more eco-friendly.  The green packaging is now composed of 100% recycled plastic and uses almost 50% less plastic. The design of the outer box has been revised to more clearly highlight the device, its features and Virgin Mobile’s Beyond Talk Plans.  “The new packaging will provide a better customer experience in opening the package as well being kind to the environment,” said Stohrer.