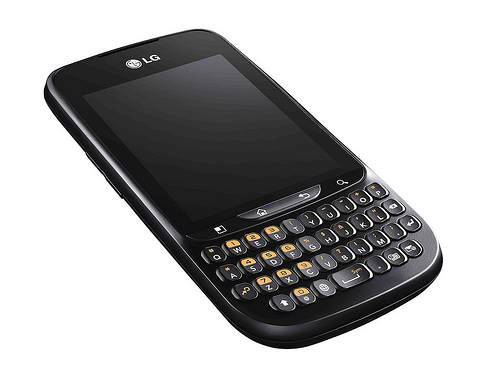 A Blackberry-esque looking Android phone has recently shown itself to the world with that QWERTY keyboard front and center. Some might look at this and brush it off but I actually really like the idea, bringing these Blackberry style designs to Android to get more and more users over to the greatest mobile OS ever, Android! Today we have our eyes on the LG Optimus Pro.

The LG Optimus Pro runs with Android 2.3 and has a 2.8 inch display, a 3 megapixel camera as well as that QWERTY keyboard you can’t miss. Not many other details have emerged but we are hoping it runs with a processor faster than the recent Optimus One series as they only have a 600 Mhz CPU. This could also be LG’s answer to the Motorola XPRT we recently unboxed. If they want to compete it will at least need a 1 Ghz CPU to compare with the above mentioned XPRT.

Our friends over in Italy have the first look of this device and it should start making the rounds soon, most likely it will be headed to the U.S. markets sometime soon as this new form factor could be a great sell for many looking to leave Blackberry. Head on to the source for more pictures and you might need Google Translate unless you speak Italian.