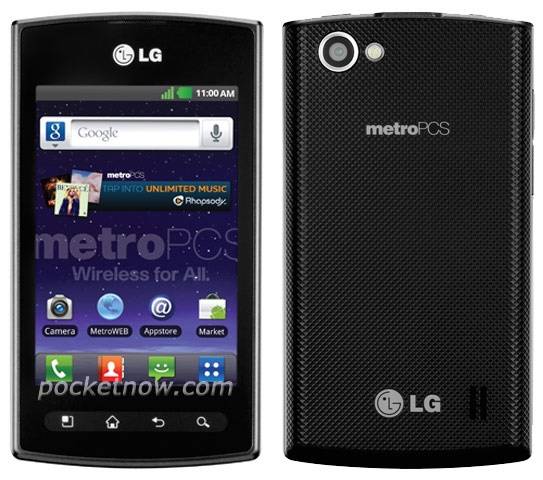 Budget phones for budget carriers make for some very happy low-end Android users, and MetroPCs and LG are looking to update the very first Android phone available on the regional carrier. The Optimus M+ is a update to the original Optimus M model, spotted by PocketNow and headed for MetroPCS sometime in the indeterminate future. It won’t set the world on fire with its size or specs, but neither will it burn a hole in your wallet. At present there’s no sate or price, but it should be pretty close to the original’s $99 off contract.

The 3.5-inch screen is appreciably larger than the 3.2-inch one on the M, though the source reports that its 480×320 resolution stays the same. That’s not so bad, considering how low it could have gone. The paltry 3.2 megapixel camera is boosted all the way to 5 megapixels, though there’s no word on how high resolution its video mode is. Bluetooth gets a bump up to 3.0, not that most people will notice the difference. And of course, it’ll run Gingerbread at release, so that the software is “just” fourteen months out of date.

It’s hard to be too upset about out-of-date software on an entry-level phone – after all, most of the people buying it probably won’t be that concerned about the OS version. And though the source doesn’t know what processor, memory or storage options the new phone will have, it’s a pretty safe bet that dual-cores and a gig of memory will be nowhere in sight. Expect to see a more formal announcement for the LG Optimus M sometime in the next couple of months.