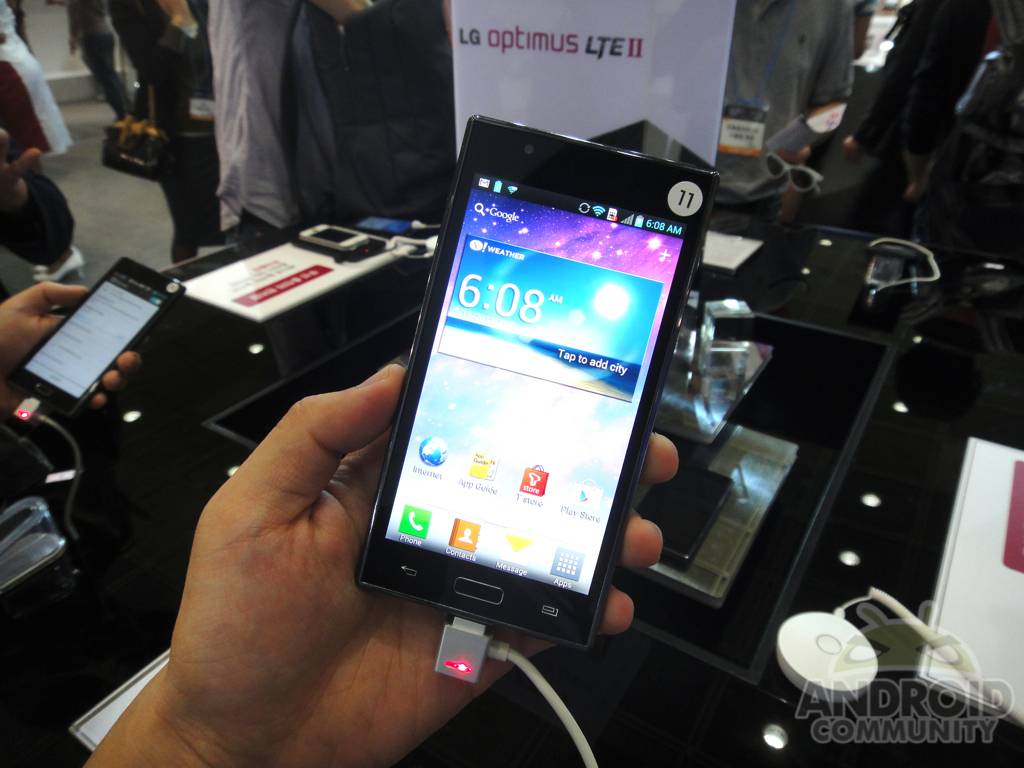 LG calmly waited for Samsung to announce their Galaxy S III, then on the same day announced their own powerhouse device in the new LG Optimus LTE2. This phone has all the top-tier specs you’ve come to expect, and a few you didn’t. Like 2GB of RAM and stock wireless charging. Currently an exclusive to Korea we were able to get some hands-on with LG’s new flagship smartphone so check it out.

LG’s new LTE2 is aiming directly for Samsung’s Galaxy S III. It features extremely impressive specs, a brilliant and beautiful display, and will be equipped with 4G LTE — something not all Galaxy S III’s can say. The screen is a tiny bit smaller than the Galaxy S III, coming in at 4.7-inches just like the HTC One X, but it’s a True HD IPS display that looks gorgeous and plenty more going for it. Check out the video then we’ll break down the specs:

One of the biggest points with the LTE2 is the fact they’ve managed to squeeze 2GB of RAM into this phone — talk about laptop type power. The full specs are a 4.7-inch 1280 x 720 True HD IPS display, a 1.5 GHz dual-core Qualcomm S4 processor with 4G LTE integration for Korea, that huge 2GB memory spec (but sadly phone uses almost 1GB on idle), 16GB internal storage, standard built-in wireless charging capabilities, an 8 megapixel camera with voice actions, and a huge 2,150 mAh battery for all day battery life. 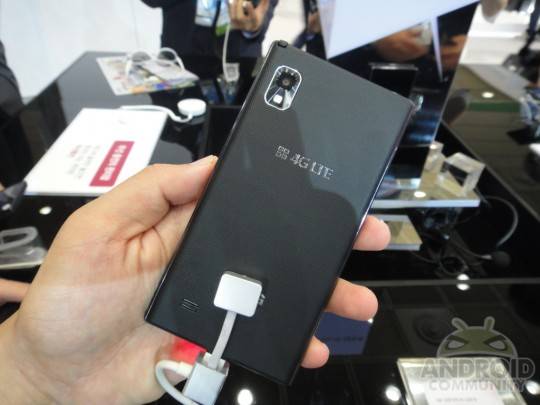 As we mentioned above, the 8 megapixel camera takes full 1080p video but while in camera mode LG’s added simple voice commands. While on camera simply say “kimchi” (Korea) and the LTE2 will start capturing video, or snap a picture all hands free — it’s just that simple. 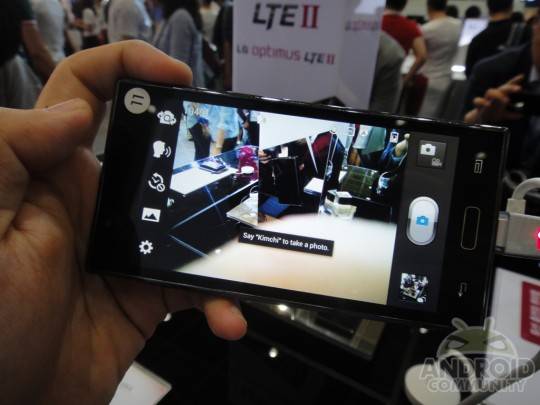 It also has Bluetooth 4.0, and NFC capability for Android 4.0 ICS Beam which also supports LG Tag+ we detailed here. The display is truly impressive and the build quality seems improved from recent LG devices. The back has a soft-touch texture that almost feels like a fabric and is extremely easy to hold, and again works with the wireless charging option as shown in the gallery below.

For now this powerhouse top-tier Android 4.0 ICS smartphone by LG is only hitting Korea, and will be available later this month. Enjoy the rest of the photos from the gallery below.