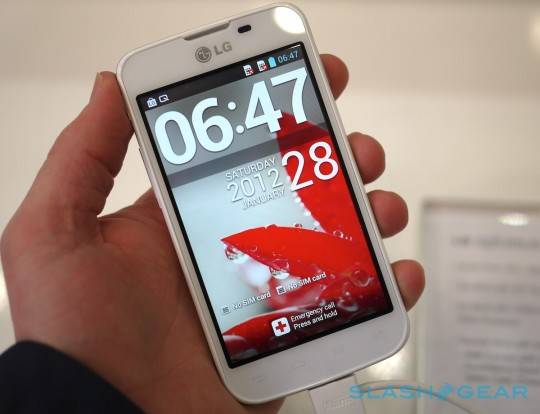 Back in Spain during the Mobile World Congress event the folks from LG had quite a bit of smartphones to announce. One of many was their new Optimus L7 II mid-range handset. We know the device is coming, and we also know that Android 4.3 Jelly Bean should be coming soon, but maybe they know something we don’t. Today LG’s website has the device listed with Google’s latest OS update on board, but it could just be a mistake.

We’ve been seeing hints and leaks regarding Android 4.3 Jelly Bean for a while now. Talk of a Nexus 4 LTE launching with Android 4.3, and even a new Nexus 7 as well. While Google didn’t announce a new OS update at their annual Google I/O developer event, surely an update is in the works and coming soon.

Many believed June 10th Google would be announcing the new OS, but with that date quickly approaching most likely that rumor was false. So now we’re just left wondering what exactly Google has planned. We’ve even seen a Nexus 4 running Android 4.3 at a trade show last week. All we’re waiting for is for Google to make it official.

Well, it looks like LG either made a boo-boo today, or they didn’t want to wait. The Optimus L7 II product page clearly states “Android 4.3 Jelly Bean” for the OS. Not only that but their product page clearly mentions it twice, so it wasn’t just a one-time mistake. We know Google gives early access to the new OS, especially considering LG is their Nexus partner, but could they know something we don’t?

Apparently the folks from Techtastic have reached out to LG, yet haven’t received a reply, but hopefully we’ll know more. The fact that Android 4.3 Jelly Bean was clearly mentioned twice has our interest piqued. Just give it to us already Google!