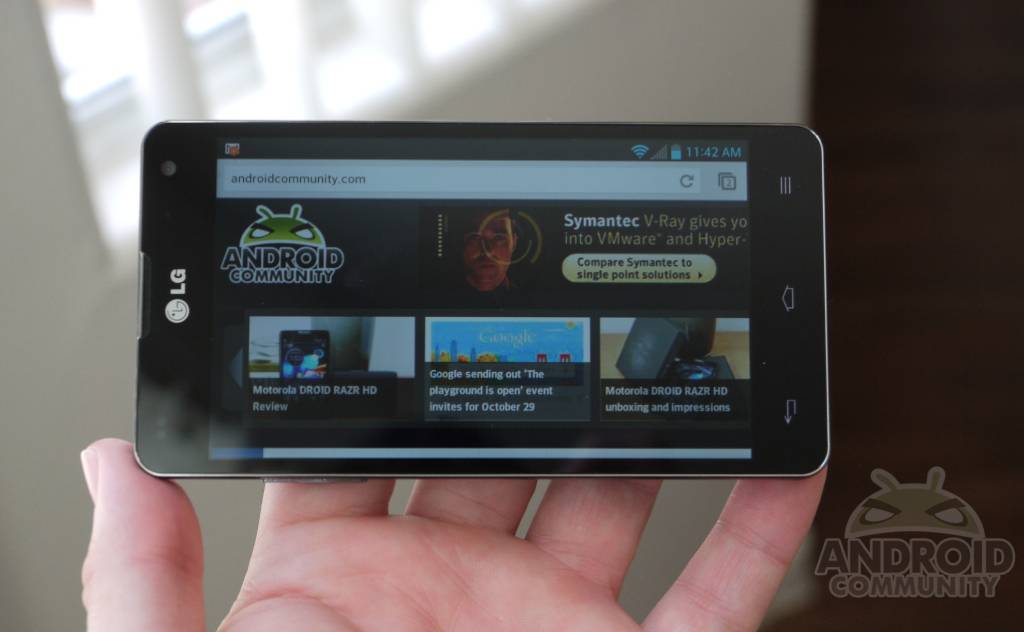 LG has been making some serious progress in the mobile front as of late. With their highly impressive Optimus G selling quite well, to their new LG Nexus 4 we all know plenty about. Back in November we reported the LG Optimus G2 was already under construction with a 5-inch HD display but now we’re hearing conflicting reports that claims LG is aiming a bit bigger. A 5.5-inch Note II competitor instead.

Early reports suggested LG was going to quickly jump on the 1080p full HD bandwagon with a new Optimus smartphone, but now it looks like they might be blending a few products into one ultimate flagship device. According to the Korean site Asiae the LG Optimus G2 will actually sport a 5.5-inch 1920 x 1080p full HD IPS+ display.

LG’s odd phablet in the Optimus Vu wasn’t what I’d call a success, even though their Optimus L lineup has sold over 10 million strong. If these reports are accurate LG will instead be competing with the Galaxy Note II, and topping Samsung’s upcoming 4.99-inch Galaxy S4 with their new Optimus G2. LG’s getting serious folks!

LG didn’t disclose any sales numbers for the rest of their smartphones, yet, but either way they are looking to have a strong 2013. The Optimus G2 (or whatever they’ll call it) should rock that 1080p HD IPS display, a quad-core processor, 2 or 3GB of RAM, a larger battery and hopefully the latest version of Android. Whether that will be 4.2.1 Jelly Bean or the upcoming Key Lime Pie, we’ll have to wait and see. We’ve seen a few benchmark leaks of this device for AT&T, so that might be the first carrier with this flagship smartphone. Who’s excited about LG’s future? As long as they update timely and keep pushing the cutting edge next year is looking rather bright.