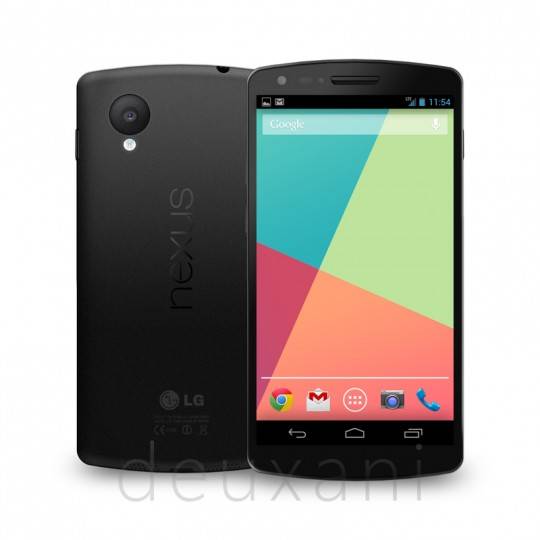 The amount of details and reports surrounding the Google and LG Nexus 5 have been pretty high, and they won’t be slowing down until Google makes this device official. Late last week news broke about an October 14th reveal for the Nexus phone and Android 4.4 KitKat, and today we’re getting a similar report from the somewhat accurate DigiTimes.

The folks from DigiTimes have a pretty 50-50 track record with reports and release date rumors, so for now we’re not going to read into this too much. At the same time however it’s the second major report that a mid October announcement or release date has been mentioned, so you can’t rule it out.

Their source goes on to mention Google and LG are “likely to partner” together again for the Nexus 5, but at this point we all know this has already happened, as the device has leaked more than a few times already. The supplier-lead site goes on to mention specs, all which basically echo what we’ve heard thus far.

If their source is correct (and everyone else) we’ll see a Nexus 5 loosely based on the LG G2 smartphone. Coming in at a mid-range price, but not mid-range specs. They mention the same 5-inch 1080p HD display, quad-core Snapdragon 800 processor with 2GB of RAM, 4G LTE technology, and also confirm Android 4.4 KitKat will be on board.

DigiTimes mentions it will be “available in October” which leads us to believe the rumored October 14th announcement date could be accurate, with retail availability to follow near the end of the month. Just in time for a KitKat chocolate-filled Halloween.