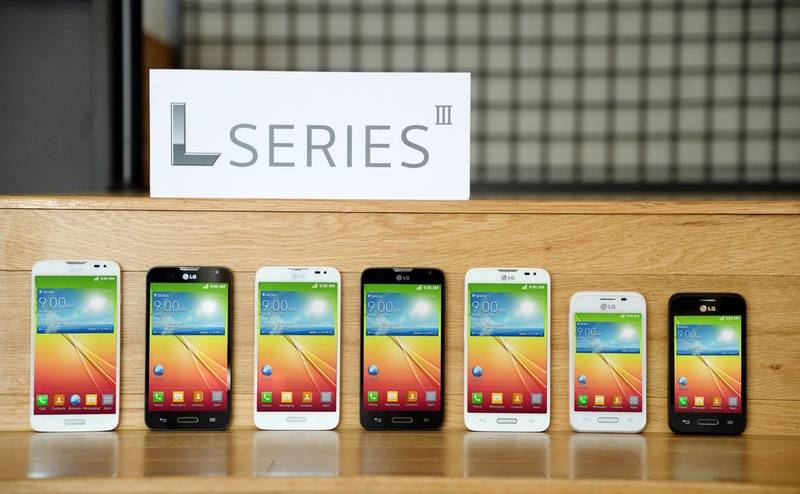 As we saw last year, LG has announced their latest L Series devices before the official beginning of Mobile World Congress. Last year it was the L Series II, and naturally, this year brought the unveil of the L Series III devices. The LG L Series III is more budget minded in terms of specs (and likely pricing) and will include the L40, L70 and L90.

These handset begin on the smaller side in terms of display with the L40 sporting a 3.5-inch display. Specifically, a 3.5-inch display with a resolution of 480 x 320. The handset will also have 512MB of RAM, 4GB of internal storage, and a 3 megapixel rear-facing camera. The L40 battery size will be either a 1540 or 1700 mAh, which will depend on market.

The L70 will arrive sporting a 4.5-inch (800 x 480) display with 1GB of RAM and 4GB of internal storage. This handset will also have a 2100 mAh battery, and VGA quality front-facing camera. The rear-facing camera for the L70 will vary depending on market and could include either a 5.0MP or 8.0MP.

Shifting over to the L90 and we have the biggest display of the bunch. This one will measure in at 4.7-inches and sits with a resolution of 960 x 540. Other specs for the LG L90 include 1GB of RAM, 8GB of internal storage, 2540 mAh battery, a 1.3 megapixel front-facing camera, and 8 megapixel rear-facing camera.

Otherwise, all three handsets will be running Android 4.4 Kit Kat and arrived powered by a dual-core 1.2GHz processor. They will all also have support for 3G, though the specifics will vary across the board. The L40 will be HSDPA+ 14.4Mbps, with the L70 and L90 being HSPA+ 21Mbps. Anyway, while the LG L Series III have been unveiled prior to MWC, we are still expecting LG to show some higher-end devices during the show.