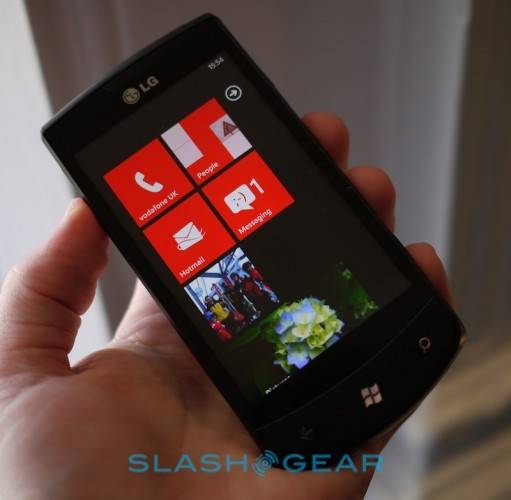 Did you know that LG makes Windows Phone 7 devices? Yeah, we didn’t either. LG has been a respectable runner in the Android world for the last couple of years, but apparently their performance on Windows Phone 7 – or perhaps just the platform’s performance as a whole – hasn’t been very inspiring. Today the company announced that it’s giving up Microsoft’s platform in favor of Android for all its forthcoming smartphones. Now if only Nokia could follow suit.

WPCentral reported LG’s initial press release, quoting a spokesperson saying that “the total unit of Windows Phone sold in the global market is not a meaningful figure.” That statement holds up: in the latest ComScore market share numbers, combined numbers for Windows Phone 7 and the older Windows Mobile together accounted for only 3.9% of US sales, compared with just over 50% for Android. LG’s seen a fair bit of success with the open source platform: their flagship Optimus LTE has sold over a million units worldwide in its various incarnations, including the AT&T LG Nitro HD and the Verizon LG Spectrum here in the US.

LG should be concerned about at least one thing with this decision: Microsoft. The Windows developer has seen fit to sue Android manufacturers like Samsung and HTC, resulting in undisclosed settlements in both cases. These are speculated to contain clauses that encourage the manufacturers to focus more on their Windows Phone 7 devices. We’ll see what litigious developments unfold, but if you listen closely, you can hear the sound of Redmond-area lawyers packing their briefcases.