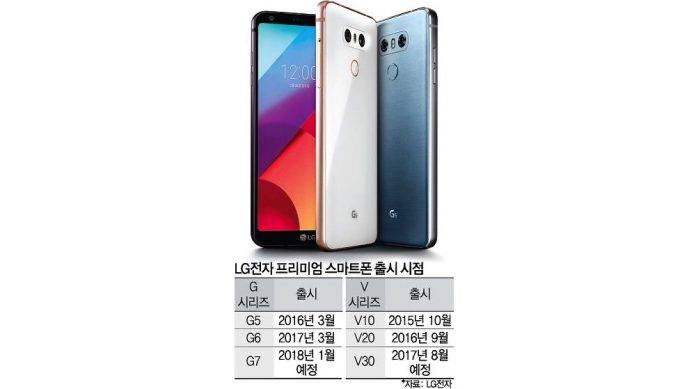 We have no idea how the LG G6 phone is doing in the market but LG is already working on the next-gen G7. The 2018 flagship phone will come months after the LG V30 is unveiled sometime in August. This is ahead of the V20’s release last year which happened in September. As for the LG G7, the phone is believed to be announced in January that is a couple of months early since the new LG G phone is usually announced March of each year.

The LG G7 is now under development and this isn’t surprising considering flagship phones are designed and manufactured months before the official launch. It’s one reason why there are leaks because the product is already in the works and in the hands of many people. The other South Korean tech giant is believed to want a headstart in the market but nothing is confirmed yet.

LG is not a top brand but it’s the sixth biggest in the industry today. The LG G6 was designed really well but for some reason, the modular idea didn’t get the attention of the consumers. It merely paved the way for the Moto Mod program. LG decided to go back to the non-modular game and so far, the G6 is gaining a lot of positive feedback.

We want to know how the LG G7 will be different from the G6 phone and the soon-to-be-unveiled LG V30 so let’s wait and see for future leaks and rumors.