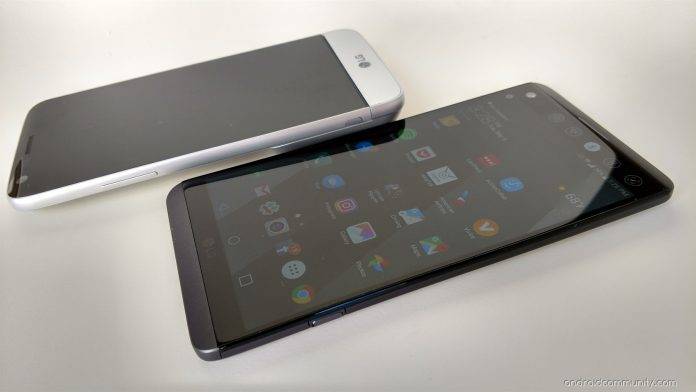 Dual curved edge screens. Modular components. USB-C only port. There are just some of the growing fads around smartphones these days, and almost each new smartphone this year, including LG’s own G5, seems to be flaunting some new technology or feature no one has had before. Almost in stark contrast, the LG V20 is like the eye of a storm of buzzwords and hype. While its predecessor was admittedly part of that trend with its second screen, the V20 now represents a more mature outlook in the smartphone market, preferring to make incremental steps towards perfection than a revolutionary detour towards some fad that may not last.

If you look at the LG V20’s spec sheet, you might walk away with the impression that there is nothing special about the smartphone. Indeed, based on these specs alone, the V20 look just like any other Android flagship this year:

Although it might be disappointing, those somewhat standard specs do imply that you are getting tried and tested features. But, as they say, the devil is in the details, and LG V20 has no shortage of compelling features aimed at professional mobile photographers, vloggers, and content creators. 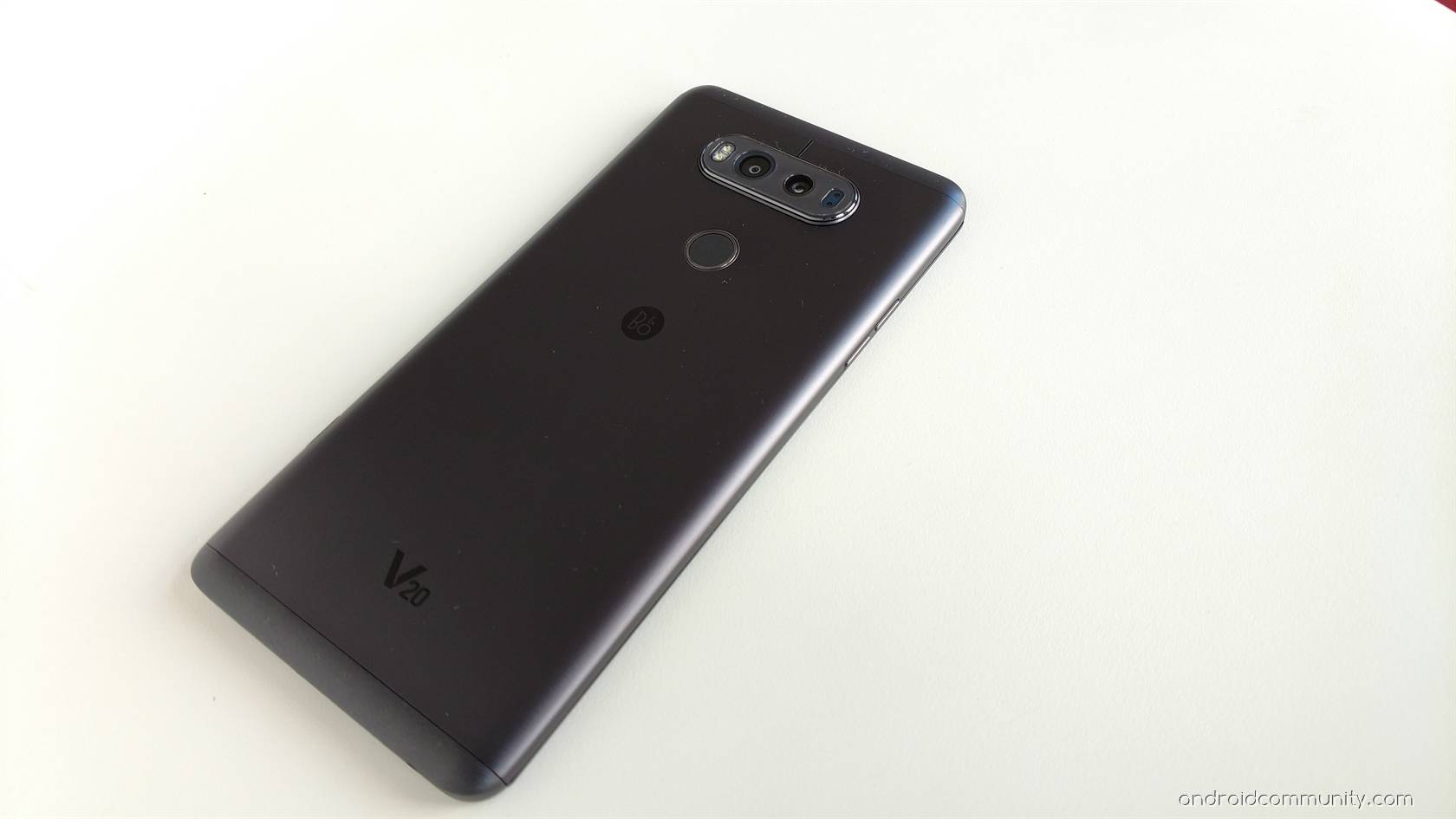 The LG V20’s target audience defines its features, or rather the lack of some of the buzzwords you would might find in some of its contemporaries. For example, contrary to initial speculation, the V20 is not modular like its cousin, the LG G5. While the G5 is great for those who want to push the boundaries of mobile technology, the V20 is squarely focused at performance and recording, in video as well as audio.

The LG V10 was LG’s first big stab at the mobile photography market, toting features the included dual front facing cameras and manual video controls in the camera app. The V20 carries on that tradition but adds some long overdue emphasis on the audio side of the equation. As seen in its teasers, LG is quite proud of its achievements on the sound front, and for good reason. LG has covered all its bases, both in playback and in recording, to deliver a professional grade audio experience for both creators and consumers. 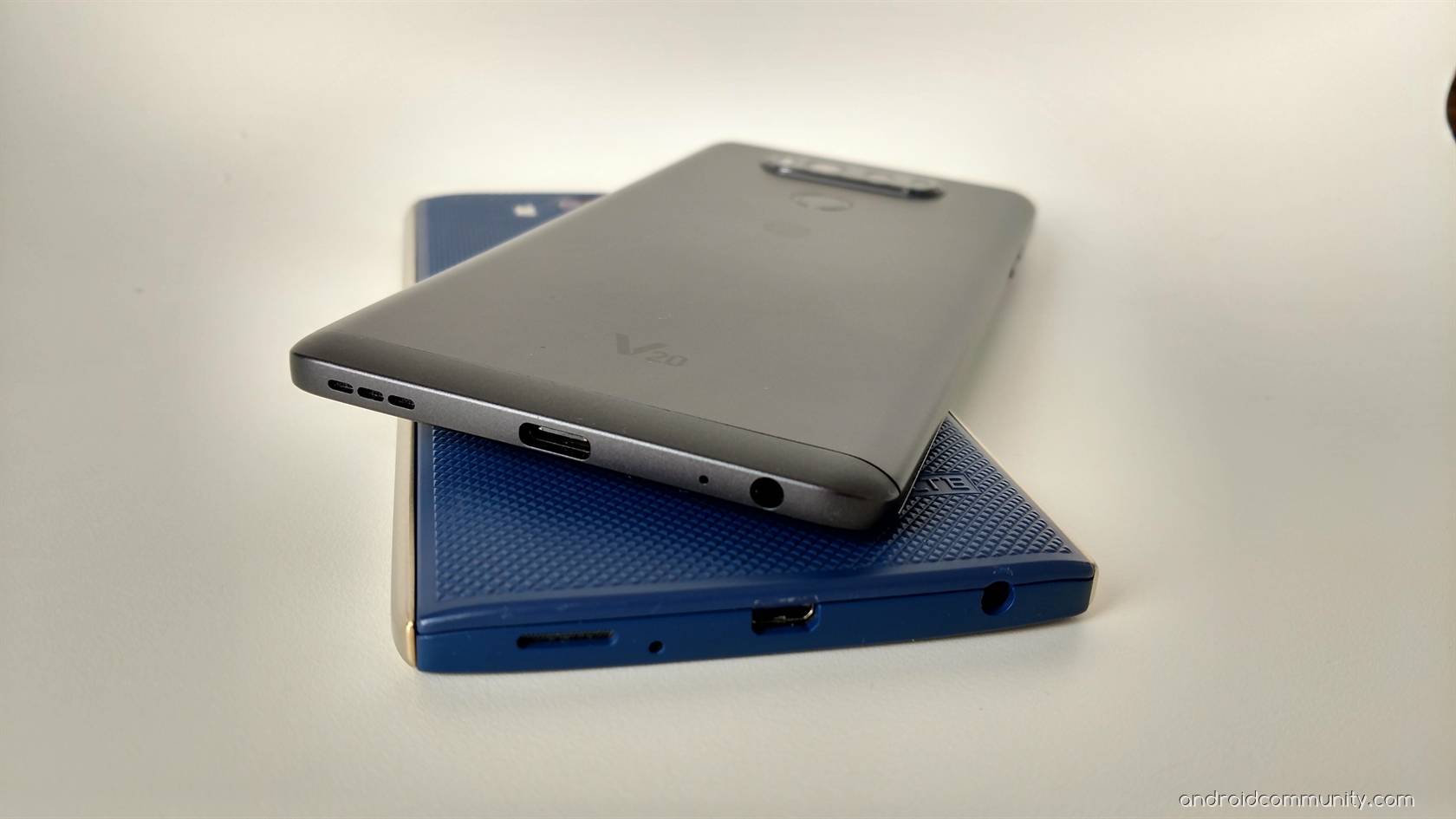 On the listening, you have LG’s much touted 32-bit Quad DAC, making the LG V20 the first of its kind to sport such a component. That delivers sound that is advertised to have more than 50% less distortion and nearly twice the dynamic range. Of course, that’s only half the listening equation and doesn’t really work if you don’t have quality headphones to go along with your LG V20. Working with renowned audio experts Bang & Olufsen, LG has fine tuned the V20’s sound output, which work exceptionally well with B&O crafted headphones that ship with the smartphone in some countries. 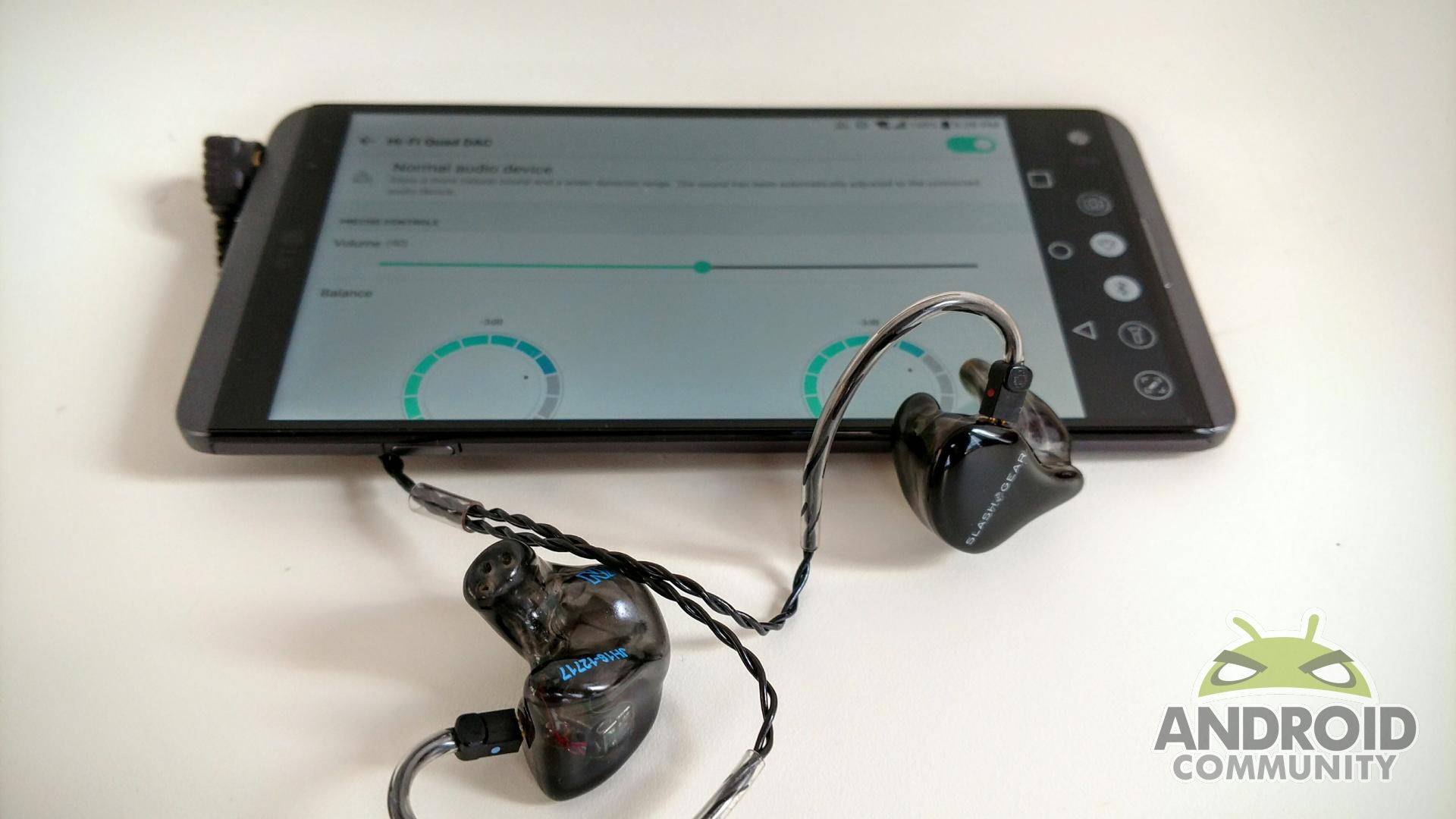 While LG isn’t exactly alone in putting a spotlight on audio output in smartphones, LG is one of the few that give the same care attention to audio input, that is, the audio recording that goes along with video recording. LG calls it HD Audio Recording and it aims to provide a quality that you will find in sound systems uses for auditions. And, unlike with audio output, LG’s goal was to deliver that using only the built-in mics, no accessory required. Part of that feat is thanks to LG adopting LPCM or Linear Pulse Code Modulation over the usual AAC format for recording audio in 24-bit 48 kHz quality. The other part of the formula is the High Acoustic Overload Point that prevents distortion of loud sounds up to 130 decibels.

These audio features neatly ties in with LG V20’s performance in the camera department as well. While the smartphone loses one sensor on the front, it gains one at the back. That said, the 5 megapixel front camera can still do wide-angle shots with an f/2.2 aperture, but via compositing. The main rear cameras, however, are the real starts of the show. Although it isn’t the first we’ve heard of it, the V20’s camera features what is being called a Hybrid Autofocus system, which intelligently switches among three types of AF technologies, depending on the scene. There’s Laser AF for low light scenes, Phase Detect AF to keep track of fast-moving subjects, and Contrast AF for close-up shots. And best of all, this Hybrid AF works with both taking still photos and recovering video, though only for the main 16 megapixel sensor. 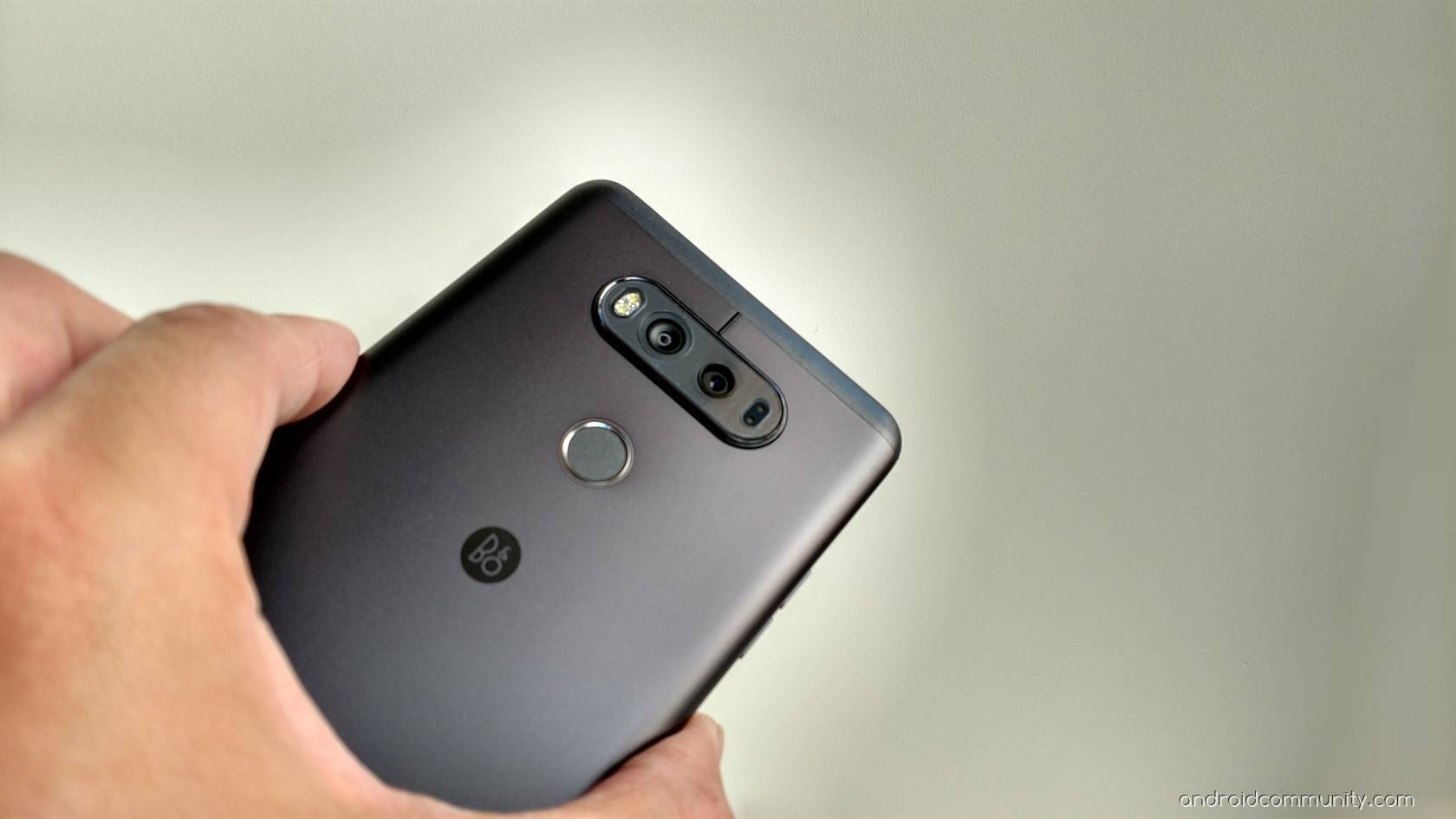 But LG is particularly proud of its Steady Record 2.0 feature that promises to banish those pesky shakes. This features combines the real-time Electronic Image Stabilization (EIS) feature provided by the Qualcomm Snapdragon 820 and what LG calls its “DIS” stabilization, which, in a nutshell, is a post-processing feature for aligning focal points across different frames. The reason LG loves talking about Steady Record 2.0 is because it’s a result a close working relationship with Qualcomm. The feature relies on capabilities found only in the Snapdragon 820 processor which, LG claims, no one else has taken advantage of to date.

LG walked us through the different selling points of the V20. And, of course, we just had to shoot it on the V20 as well!

LG clearly wants consumers to use the V20 for taking lots of photos and videos, which is also why it hasn’t abandoned the removable battery when almost everyone else has. Despite supporting Quick Charge 3.0, LG still believes that the speed at which you can swap out batteries is something professional photographers will prefer over having 10 to 30 minutes of down time, just to wait for the smartphone to charge. And despite having a removable battery, the V20’s similarly removable back cover is no cheap plastic. It is, LG says, 100% fine aluminum to go along with the smartphone’s metal design. Not full metal, mind you, as LG opted to keep the top and bottom caps covered S.I. polycarbonate. The reasoning goes that smartphones usually drop on their corners, making sense to make sure those areas are ready to absorb the shock.

LG has changed so little in the V20, so it’s definitely comforting to know that the “Second Screen” is still there. LG also wants to clarify that the Second Screen is technically not a second, separate screen at all. It’s actually part of the main display, with a portion cut out for the camera lens. The magic of the second screen is made possible by having a different driver for that area and another one for the main screen.

Admittedly, the LG V20 doesn’t exactly leave a huge “wow”. And that’s not LG’s aim either. Instead, the smartphone delivers blow after blow after blow of enhanced features, some of the subtle, that all add up to a still impressive experience. Especially if you’re a mobile photographer or videographer. LG repeatedly cites its philosophy in designing the V20, opting for graceful evolution over radical revolution, keeping the things that worked and adding stronger features on top. The LG V20, the manufacturer says, is designed for professionals who prefer to spend their time actually getting things than rather than fiddling around with add-ons. In a noisy crowd of high-profile smartphones, the V20 stands out as that silent, no-nonsense friend whom you know will be there when and where you need it. 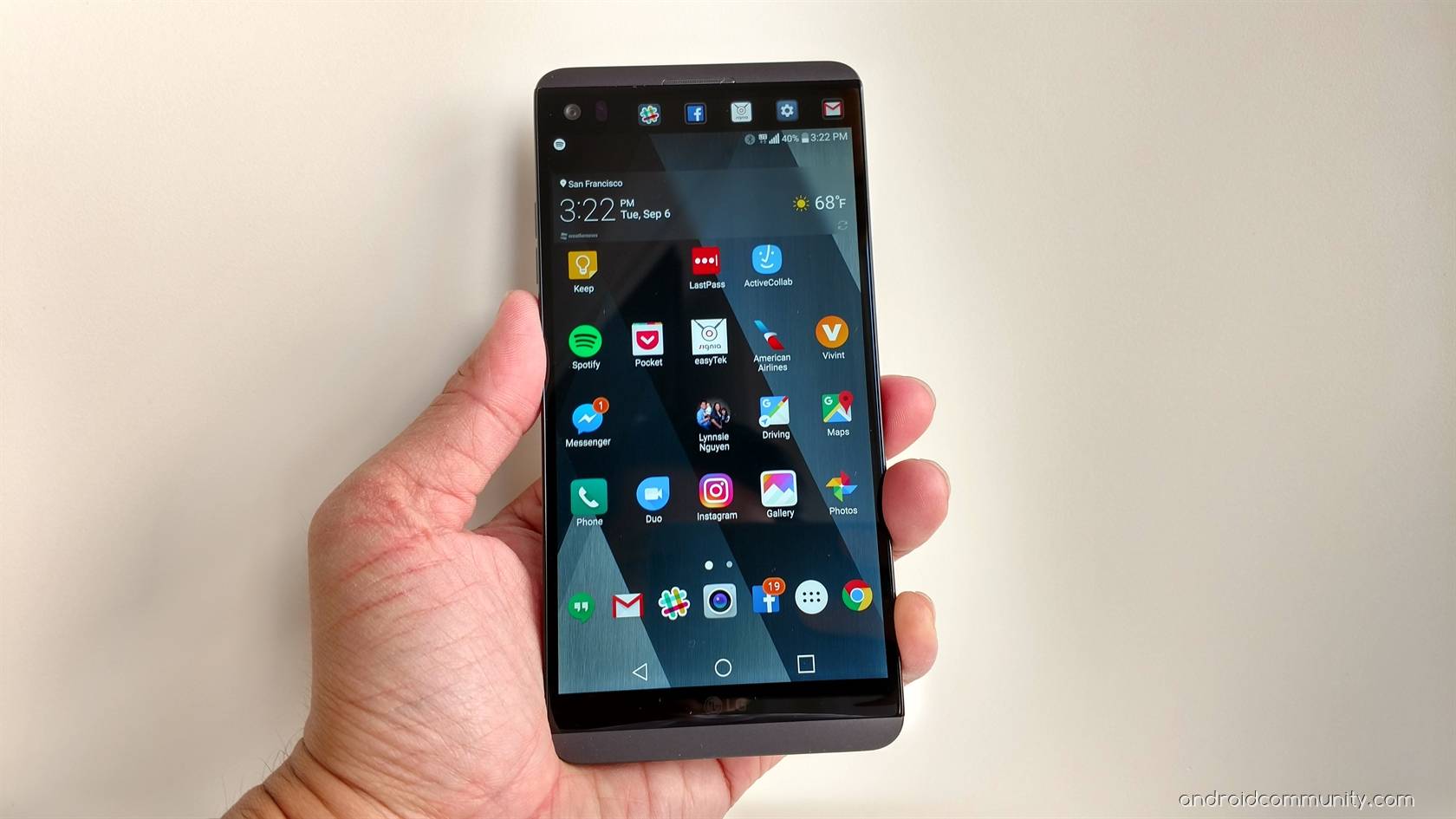