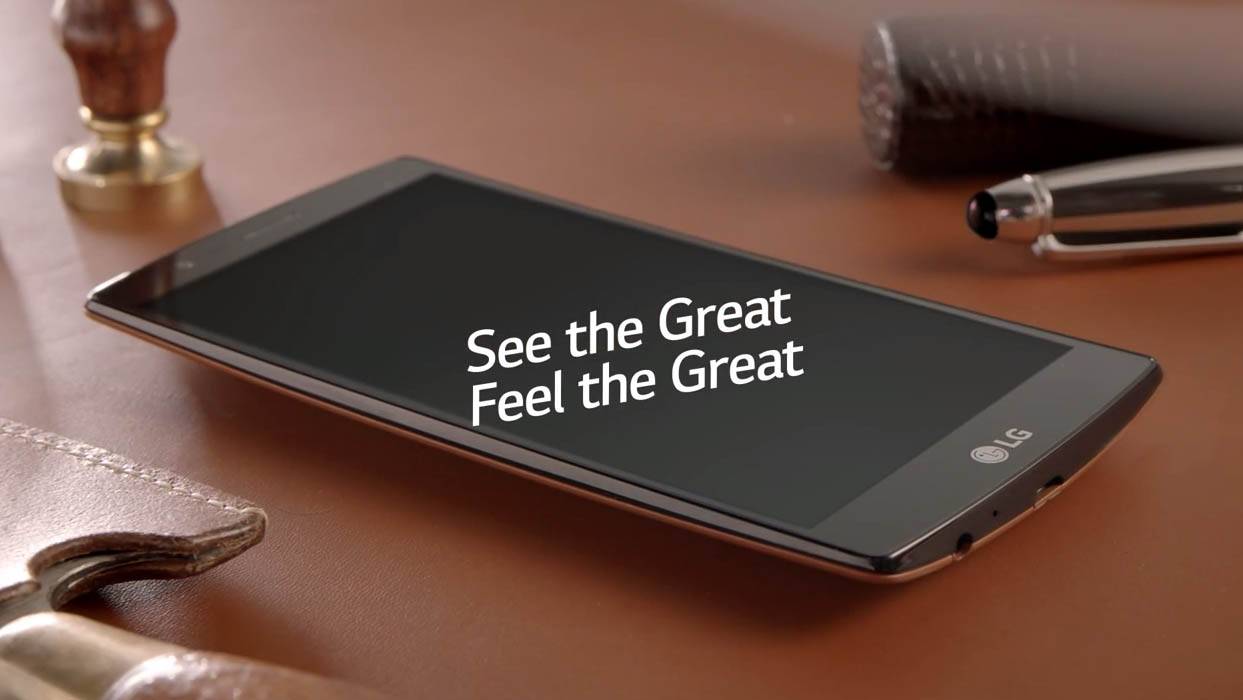 LG is wasting no time in promoting their freshly released new flagship, the LG G4. They have released four TV commercials, with 15 and 30 second versions for each, putting the spotlight on three of the major selling points of the new smartphone: the leather backing, the Quantum IPS display, and the 16MP f/1.8 camera. They’ve also launched the tag for their marketing campaign for their new baby, which is “See the great, fell the great”. Okay, it’s not exactly groundbreaking, but sounds pleasant enough right?

There are no gimmicks, attempts at humor (we’re looking at you HTC), or even flashy visuals to these ads. They are just straightforwardly showcasing the three stand-out features of the One M9, showing behind-the-scene videos of how they are made. The first two videos is all about the leather backing of the smartphone, which is the first “real” leather (not the faux one from Samsung before) on a consumer product, excluding the designer variants that some OEMs have come out with. One video shows the black design, while the other shows off the brown leather, but aside from the color, the two ads are identical.

The third video is all about the device’s 5.5-inch Quad HD Quantum IPS display which will give you colors that are supposedly richer and more natural compared to other displays. It shows how they assembled the insides of the display to bring you a pretty outside with which to view your beautiful pictures. The final video shows the F/1.8 lens being applied in the assembly of the One M9, letting you take good-looking pictures even during low-light situations. The manual mode lets you adjust several aspects of the camera, including the shutter speed.

Reactions to the released specs of the LG G4 has been pretty good, with the device running on Qualcomm Snapdragon 808 Processor with X10 LTE and having 3GB RAM, 32GB internal memory and the aforementioned 16MP camera and the pretty impressive 8MP camera. Let’s see if the reaction will still be the same when the actual phone comes out. Korea gets first crack on April 29, so let’s wait and see when the rest of the world will have it.