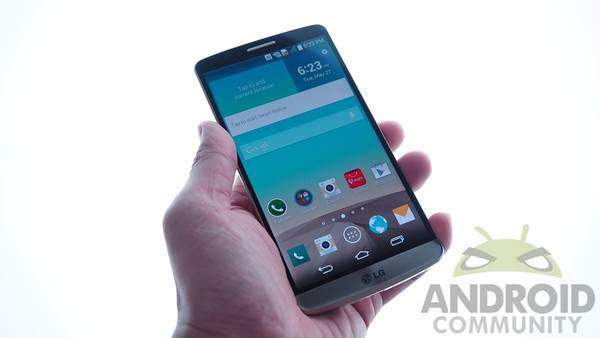 You could be forgiven for thinking that you have a different brand of phone if you’ll get your hands on the soon to be released LG G3. Based on extensive customer research that says the realistic-looking design has taken away something from the overall user experience, LG has revamped its graphic user interface (GUI) for their new flagship smartphone.

The new LG GUI style has chosen to go for a minimalist look and decluttered design that will put focus on the content rather than the design. It is reminiscent of the iOS 7 look that Apple unveiled last year to replace their previous design. The LG G3’s interface focuses on four important details: simple flat graphics, circle graph motif, mature-feeling colours and flip-style dynamics.

The icons will no longer have shadows and an embossed look but now uses light typeface and what they call “rhythmic topography.” To create their own differential visual language, LG is now using a circle graphic motif, inspired by the circular shapes in the LG logo. Also gone are the primary colours long associated with their icons. Instead they’re now using “mature-feeling colours” and have even assigned specific colors to their major apps: Calls (green), Music (violet), Calendar (red-orange), Messages (mustard yellow) and Notes (brown). Lastly, to move through the apps, they have applied flip motion that brings a richer dynamic to the 2D graphics.

Early reviews for the LG G3 have been generally positive. It is set to hit the US market in the next few weeks and with the prospect of having the Knock Code, the Smart Notice homescreen widget, improved multi-tasking and multi-windows features and many more, those still in the market for an Android smartphone might do well to give it a closer look.