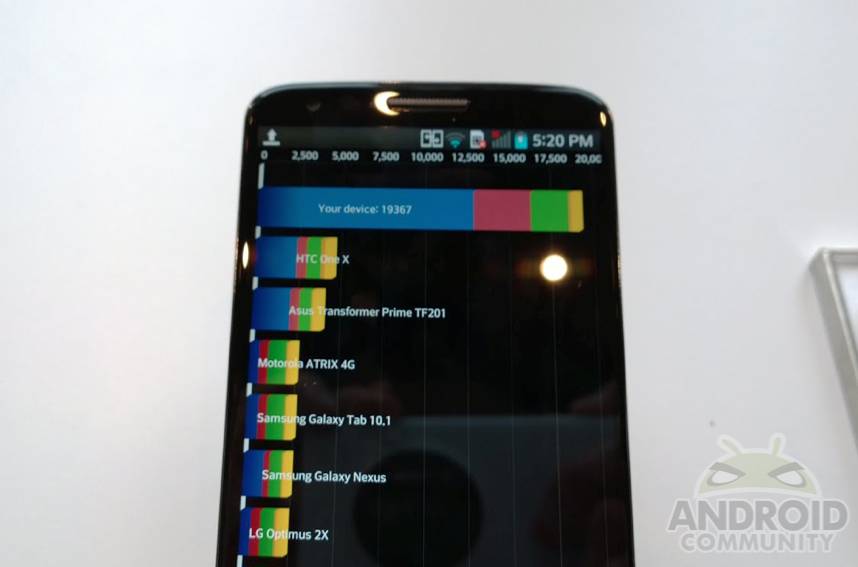 In case any of you were wondering just how fast the new LG G2 powered by Qualcomm’s absolute latest and greatest 2.3 GHz quad-core Snapdragon 800 mobile CPU is, we have you covered. Lets just say we managed to fire up the usual popular benchmark tests to run on the just announced smartphone, and it blows away the competition.

We know, we know, benchmarks are only part of the story. Especially lately considering we’ve been hearing Samsung has allegedly been tweaking their GS 4 to get higher results, and all that gibberish. Those few things aside, many of you enthusiasts still love to see benchmark results. So we have AnTuTu and Quadrant Advanced to show you running on this new device.

We know the Snapdragon 800 is fast. We saw and benchmarked it earlier this year, but things are different when you have to work with a retail product, not a developer device. Thermals, battery constraints and more all come into play here. Thankfully, Qualcomm and LG have worked together to balance this perfectly and the G2 scores off the charts, nearly. 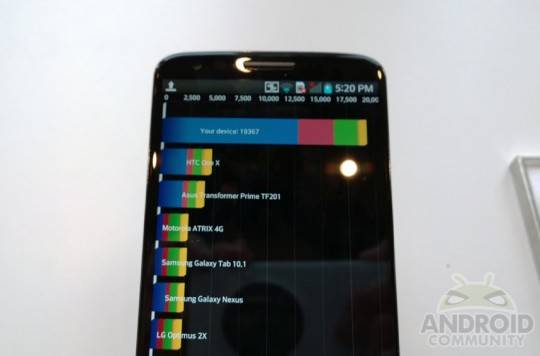 As you can see above (and below) the LG G2 and Snapdragon 800 aren’t slowing down much here in retail form. Blowing past the Galaxy S4 with Qualcomm’s older Snapdragon 600 in all areas. Quadrant nearly topped 20k, something I’ve yet to see in a stock retail device, and AnTuTu was impressive coming in around 29k as well. Both of these scores are nearly the highest I’ve ever seen. However, the Tegra 4 in NVIDIA’s SHIELD got over 39,000 in AnTuTu, but that relies heavily on the GPU, which that device is geared towards gaming.

So what does all this mean? Well, nothing actually. It does, but benchmarks are only a small part of the story. We know Android 4.2.2 will be super smooth and stable, and hopefully LG’s tweaks don’t slow it down. So far we’re not seeing any signs of slowdowns, and this device is damn fast. The quad-core here is the fastest we’ve seen in a smartphone, and the Snapdragon 800 also should have tons of battery saving efficiency features. Making it super quick, yet long lasting.