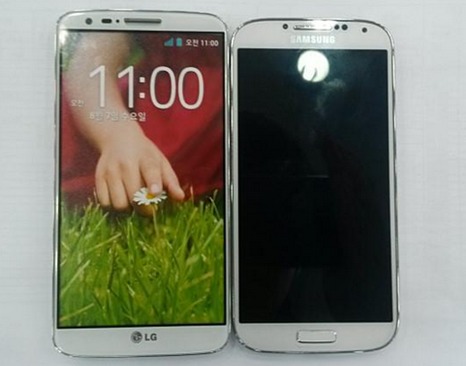 LG will be unveiling the G2 smartphone a bit later today and given the frequency of leaks, we suppose these last minute leaks shouldn’t come with much surprise. Yesterday brought a look at the display and digitizer assembly for the handset and today we are seeing a side-by-side compare with the Galaxy S 4.

As we have seen in the past, this is basically offering another look at the LG G2. Of course, those official images should be here within a few hours time. It would be easy to point out some similarities between the Galaxy S 4 and the G2, but we wouldn’t say they are close enough to think that LG copied Samsung on the design.

Sure, they are both white and they both have a centered rear-facing camera, but plenty of handsets have that these days. Perhaps more important here is what we know about the LG G2 at this point in time. Keeping in mind these details still need to be confirmed, but it is looking like the handset will arrive with a 5.2-inch 1080p HD display and quad-core Qualcomm Snapdragon 800 processor. 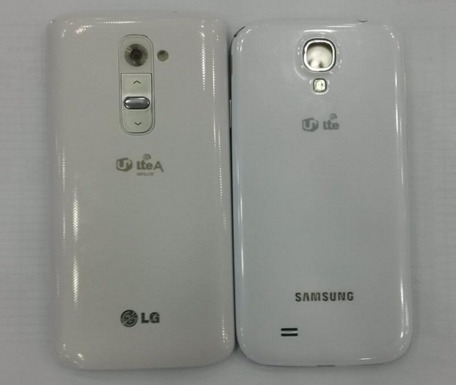 Other still rumored specs include 2GB of RAM, 16 or 32GB of internal storage, a 2450 mAh battery, 2 megapixel front-facing camera and 13 megapixel rear-facing camera. And in addition, we saw a few details confirmed by way of the recent user manual leak. Details from that touched on the rear-facing volume rocker that has the power/lock button in the middle.