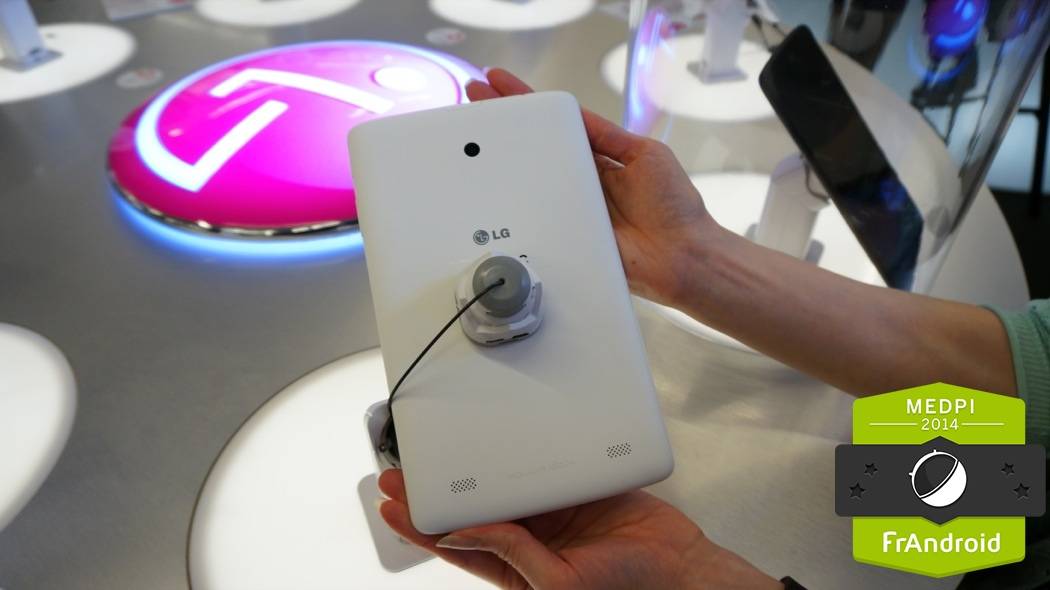 More than two weeks ago, LG announced three new members of its G Pad tablet family to be exhibited at MedPi 2014 in Europe. Now we’re getting a glimpse of one of these, the G Pad 7.0 to be exact, and rumored details for this device may sound a bit disappointing.

In terms of physical design, LG has apparently made some very drastic changes. Instead of an aluminum back plate, with plastic at the top and bottom edges, found on the G Pad 8.3, the manufacturer has gone plastic all throughout. The tablet is also noticeably thicker, which somewhat further detracts from the solid feel that we got from the older tablet. Speakers have also been relocated at the back and at the bottom. A rather puzzling location when you consider that tablets of this size are often propped upright, in portrait, on a stand or flat on a table, which could cover up the speaker grills. Another rather strange design quirk is a slot at the top center edge, right beside the 3.5 mm headphone jack, made for a microSD card.

LG hasn’t yet disclosed exact hardware details for the new tablets, but the leaked information surrounding the 7-inch model sounds like a step down from its older 8.3-inch sibling. The screen, for one, is said to only sport a resolution of 1280×800 pixels. The processor is also believed to be a Qualcomm Snapdragon 400. In contrast, the G Pad 8.3 had a 1920×1020 screen and Snapdragon 600. There is also talk of a 3.2 megapixel rear camera, rather low for that kind, that doesn’t even come with an LED flash.

The LG G Pad 7.0 might turn out to be LG’s budget option among its upcoming tablet line, but these details are still very unofficial. We also have no word yet on the 8.0 and 10.1 models, and we can only hope that the higher numbers would also mean higher specs as well.