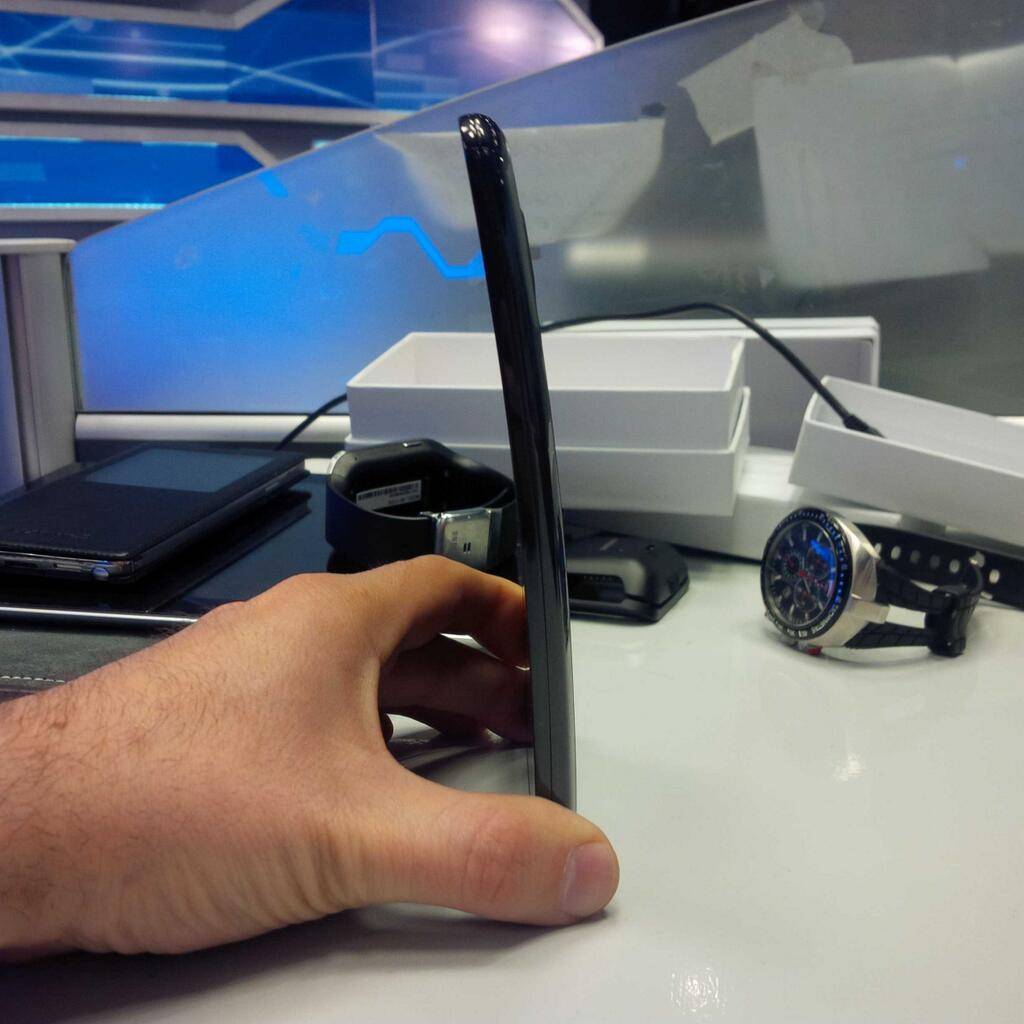 Perhaps the flood of new devices from Nokia and Apple has made you forget the latest, and somewhat strange, trend battle going on in the Android smartphone world, but LG certainly hasn’t. Now appearing for the first time are actual photos of the device maker’s own version of the curved smartphone, the LG G Flex.

From eyewear, to timepieces, to flexible electronics, there will always be new and at times insane trends that capture manufacturers’ imagination. After smart glasses and smart watches, the next fashionable design seems to be heading towards smartphones with curved bodies, with Samsung firing the opening salvo with its Galaxy Round earlier this month. Of course, its compatriot and rival LG will not be satisfied unless it puts out something similar and at the same time different, giving birth to talk about the G Flex.

While the final form of LG’s curved smartphone is almost all but confirmed, so far we’ve only been able to see diagrams or press renders at best. This time, however, we’re getting treated to a set of photos showing the actual device in someone’s hands, on someone’s desk. As expected, the G Flex curves left to right in contrast to Samsung’s smartphone. The curve isn’t so pronounced as to be very noticeable at first glance, but place it on a flat surface and watch that thing rock.

There are still no exact details on the LG G Flex’s specs, but it would be no surprise if it came with exactly the same hardware as the company’s G2 flagship. It’s also still unknown if LG has some tricks that will take advantage of the smartphone’s curved body. Interested parties will just have to wait a bit longer as LG is expected to unveil the device next month, at least for Korea.