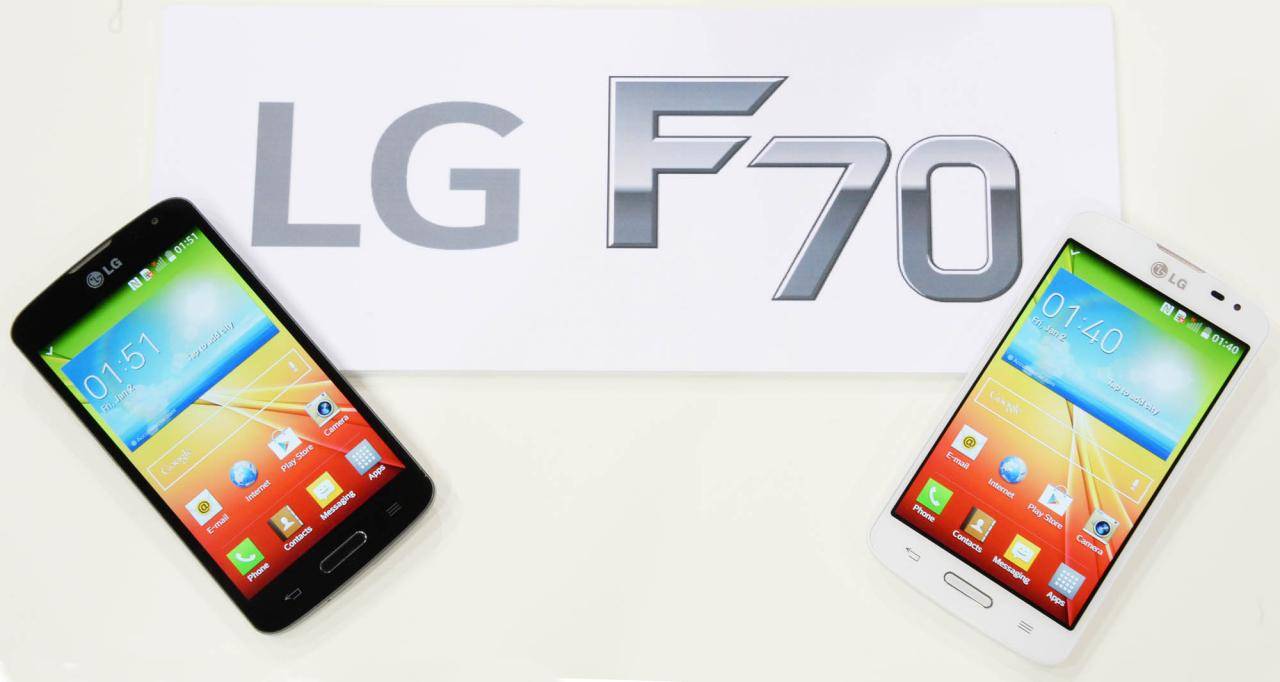 Trying to spread the LTE love further down its device line, LG has announced the F70 at MWC 2014. But more than just an LTE-powered device, this mid-range device was designed with users who are new to the smartphone scene in mind.

New users, however, might experience a bit of heft with the LG F70, given that its display spans 4.5 inches. That said, this is a mid-range smartphone through and through, with a WVGA 800×480 IPS screen, a 1.2 GHz quad-core processor, 1 GB of RAM, and 4 GB of internal storage. Users worried about operating times can breathe a little easier since the 2,440 mAh battery can be replaced. The cameras might disappoint though, with the rear capped at 5 megapixels and the front one only a measly 640×480 VGA.

The LG F70, however, shines on the software side. The smartphone runs the latest Android 4.4 version, which should be the envy of other mid-tier Android devices in the market today. Keeping ease of use in mind, LG is offering an Easy Home launcher that keeps the home screen less confusing and the icons and fonts bigger. LG is also continuing its thrust of bringing its Knock Code UX feature to more devices, even those below its premium G line. Unlike previous iterations of the feature, Knock Code allows users to set up a personalized pattern of two to eight taps to wake up and unlock their device, combining convenience with security.

The LG F70 sounds like an interesting option for the mid-range market and is now up for display at MWC 2014. LG has not yet announced the availability and pricing for this device. Judging from the press shots, the smartphone will come in two color options of white and black.