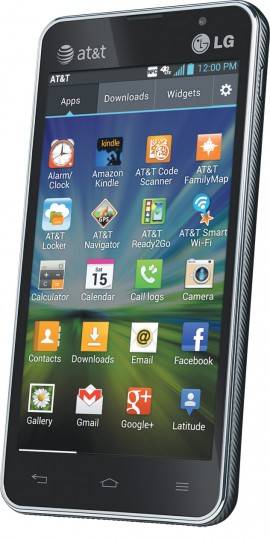 The LG Escape launched with AT&T as a budget-priced device back in September of last year. At the time the Escape was running Ice Cream Sandwich, however it looks like that will soon be changing. In fact, AT&T has said that Jelly Bean is now available for those carrying an LG Escape. The update is arriving as Android 4.1 and will be available over-the-air.

With that in mind, and given many already know what Jelly Bean brings in terms of new features — lets get into the how. Those with an LG Escape should make sure they are connected to Wi-Fi and then navigate to Menu -> Settings -> General -> About phone -> Software Update -> Update Now to get the process started. Now, onto the changes that one can expect.

Jelly Bean brings Google Now along with the smoothness from Project Butter. Basically, that is to say those who update should see a noticeable difference. In addition, Jelly Bean also brings improved notifications. These include everything from common notifications being grouped, to being able to take action such as reply or archiving an email from Gmail and also seeing the full text or full image in a text or MMS message.

Aside from the regular Jelly Bean goodies, AT&T has also added a feature of their own. With this, LG Escape users will also see the addition of AT&T DriveMode. This one, as implied by the name, deals with in-car use. Basically, DriveMode will help to keep you from texting while driving. This is done by (assuming the app is activated and set-up) automatically replying to incoming texts, and email messages as well as incoming calls once your car gets to 25 mph.