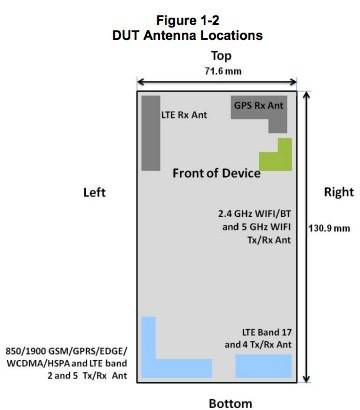 LG’s brand new smartphone that many are calling a superphone has just cleared the FCC en route to AT&T. LG recently announced their brand new next-gen Optimus G quad-core smartphone and now a very similar device is headed to AT&T as the LG Eclipse 4G LTE. It looks like those who passed on the Galaxy S III could have a great device in their hands soon.

Back in May the Eclipse 4G LTE was first spotted as a possible device headed to AT&T, and since then we’ve seen countless leaks and tips suggestion the device is indeed coming soon. Benchmarks confirmed the quad-core processor and 4G LTE aspects for AT&T and this latest FCC filing basically seals the deal.

With both LG and Qualcomm announcing the phone, stating it was headed to the international market in September, then the US in October everything is lining up. AT&T looks to be getting the Eclipse 4G LTE just in time for Halloween. What does this phone entail? a 4.7-inch TrueHD IPS display with a 1280 x 768 resolution display that LG claims is class leading, Qualcomm’s brand new Snapdragon S4 Pro quad-core processor blazing along at incredible speeds, 2GB of RAM, and a massive 13 megapixel camera. Add all that onto AT&T’s growing 4G LTE network and you have a superphone indeed.

The FCC filing spotted by Engadget, shows the usual 4G LTE bands for AT&T, as well as two next-gen radios (bands 2 and 5) for upcoming spectrum upgrades and transfers as we’ve recently seen. If everything lines up the way it appears AT&T will have a top contender from the folks at LG to announce here sometime shortly. Stay tuned for more details.