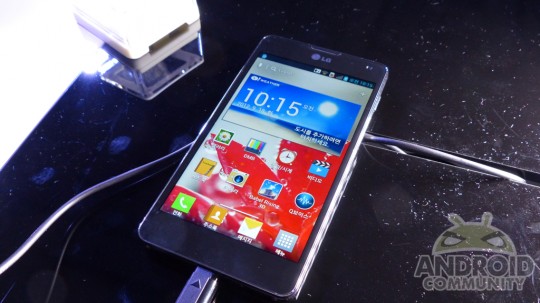 LG isn’t delivering pure Android with the Optimus G, but the company still thinks you’ll like the tweaks it has made. With the quadcore Snapdragon S4 Pro smartphone not expected to hit shelves until Q4, however, LG has figured that the best way to show you just why you’ll like the Optimus G is in video form.

Perhaps most eye-catching is LG’s approach to multitasking. Rather than Samsung’s system, which allows you to “Pop Out” a video during playback and have it float on top of other apps, LG uses a fader which can adjust how much of two apps are simultaneously visible.

So, if you’re watching a video but also want to keep up with a text message conversation, you can quickly dim the playback while you punch out a reply, rather than being forced to pause the clip altogether. There’s also a smart zooming system, which snaps grids of album art or photos to fit the screen, even if you give it a very casual pinch.

LG’s video also lays out some of the other features the Optimus G brings, but if you’re still curious you can find our own hands-on here. Has the company convinced you that customized UIs might not be entirely bad?