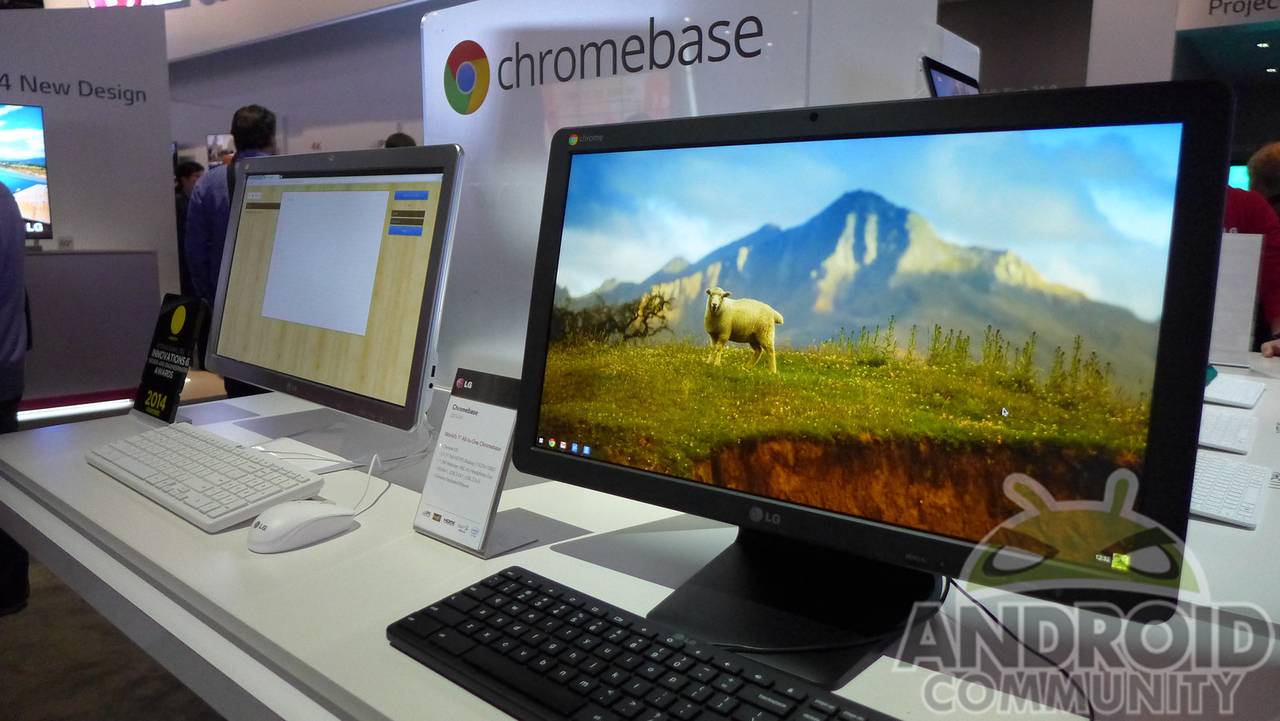 All-in-one computers seem to be on a rise, at least here at CES 2014. But new models aren’t just limited to Android or Windows operating systems. Indeed, LG has unveiled the LG Chromebase, the first all-in-one computer that runs nothing but Google’s Chrome OS.

LG pre-announced the Chromebase before CES, so its arrival doesn’t come as a surprise. It is still quite odd that LG decided to install an operating system originally designed for laptops and ultraportables into a large box rooted on your desktop. But then again, we’ve now seen others put Android on similar setups, so it’s not entirely a far-fetched idea. It remains to be seen which of the two platforms will end up being the crowd favorite.

The Chromebase is quite large, with a screen that measures 21.5 inches and has a resolution of 1920×1080 pixels. Don’t expect raw power though, as it runs on a fourth generation Intel Celeron whose clock speed remains unknown. It does have 2 GB of RAM to help keep things running smooth though. Unfortunately, the Chromebase’ 16 GB of SSD storage pales in comparison to its lighter and more portable Chromebook relatives. The all-in-one computers come in two color options, a full black one and one with a white rear and a silver front bezel.

The LG Chromebase sports a variety of ports and connectors, such as HDMI, USB, and Ethernet, all located behind the screen. A headphone jack and another USB port can be located at the side. The Chromebase will ship with a keyboard and a mouse, both of the wired variety, in colors that match the monitor. The keyboard sports chiclet-style keys and, in the tradition of Chromebooks, swaps the Caps Lock key out for a dedicated Search key.

The build of the device feels pretty solid and is quite nice to look at to boot. A proper test is still needed to see if the Celeron CPU is up to task for whatever purpose the Chromebase might be employed. LG has so far kept mum on when and where the Chromebase will be come available and how much it will cost interested buyers.