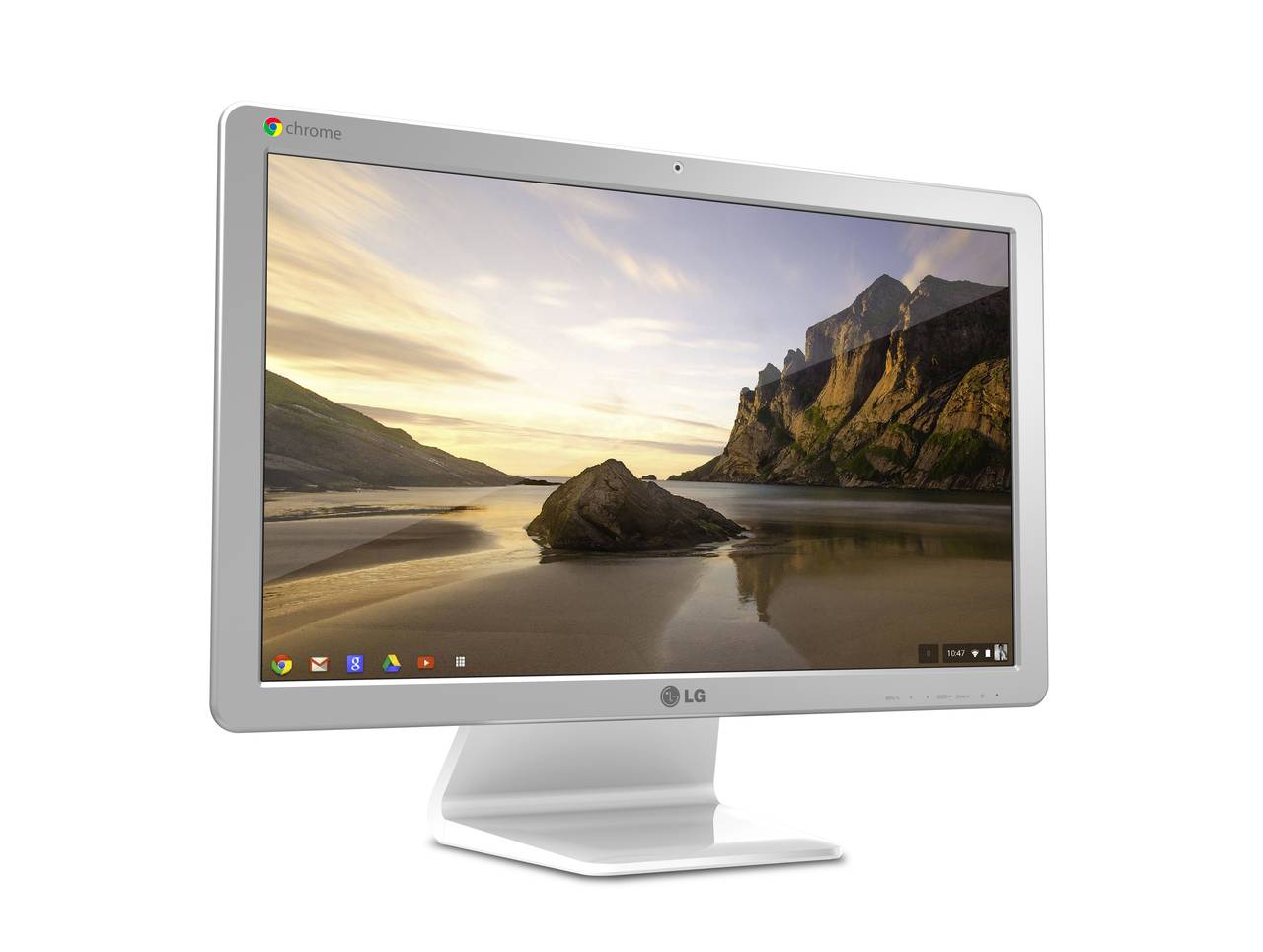 If Chromebooks are something that people are having a hard time understanding, then LG‘s latest contraption might be an even more difficult thing to sell. The LG Chromebase will be the world’s first ever all-in-one computer that runs on nothing more the Google‘s Chrome OS.

On the outside, the Chromebase looks quite charming, sporting a clean and light design that looks almost too similar to a certain more popular all-in-one non-PC computer, save for the missing black bezel around the screen. Inside, however, the Chromebook leaves something to be desired. The whole setup is powered by a yet to be disclosed Intel Celeron, a fourth generation one but still a Celeron nonetheless. It does boast of a 21.5-inch Full HD IPS display with 1920×1080 resolution. RAM, however, is capped at 2 GB and internal storage is a rather measly 16 GB SSD.

But what really makes this device interesting, and perhaps also puzzling, is the software. Chrome OS definitely offers an attractive, streamlined, and easy to use experience for consuming and even creating content using web-based tools, but it does have a few quirks compared to other full-blown desktop software. These might be negligible, if not forgivable, on a mobile device such as a Chromebook, but a desktop computer carries some preconceptions that might leave users of the Chromebase wanting for more.

The LG Chromebase will definitely have its benefits, making it almost perfect for places such as schools or offices where computer use is somewhat restricted. Whether or not the concept will catch on, we’ll just have to wait and gauge the public’s reception when the Chromebase is put on display at the Consumer Electronics Show in Las Vegas next month.