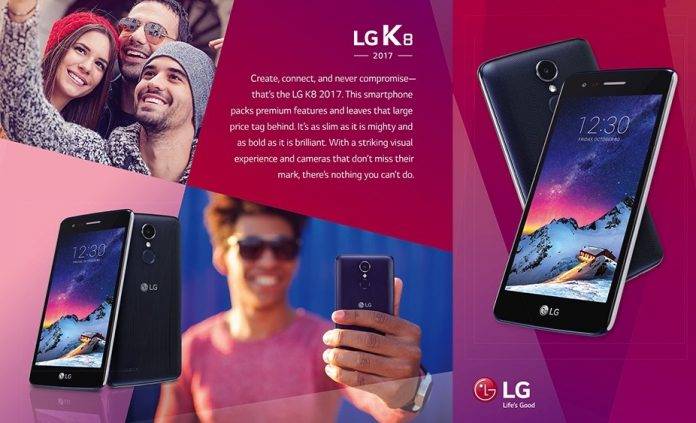 Remember the LG Aristo unit released in back in January? That one was made available by T-Mobile and MetroPCS. This time, the smartphone is ready from US Cellular but with a different name. The LG Aristo is now known as the LG K8. It’s the 2017 variant of the mid-range phone from the K series we knew from last year.

The LG Aristo was launched earlier in January. It was introduced neither during the CES nor the Mobile World Congress as LG made the special announcement online only. Actually, it was T-Mobile who first showcased the phone in a special unboxing video.

The phone was also the first Android Nougat phone to be offered by MetroPCS. It’s very affordable with a $129 price before the rebate or $59 plus tax. Just like last year’s K8 smartphone, this one boasts of a high quality build and an impressive design despite the low price. We just noticed the LG K8’s main camera is 8MP while the LG Aristo was listed with 13MP. We’re not sure what happened here but the 8MP autofocus rear camera was written on an official product poster.

LG K8 is also powered by a removable Li-Ion 2500mAh battery and will be available in Dark Blue, Gold, Titan, or Silver.